What does dro mean?

Shortened from hydroponics, dro is slang for a very potent form of marijuana grown indoors without soil.

Where does dro come from? 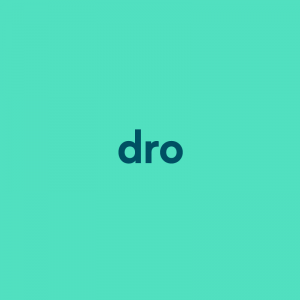 Hydroponics is a method of growing plants without soil. The word, attested in the early 1900s, joins Greek roots meaning “water labor”—which is apt, because hydroponics fertilizes plants with nutrients in water. The technique is especially effective for growing plants in rocky, arid regions. Or indoors away from prying eyes, if you’re interested in growing another kind of plant.

In the 1960s, marijuana cultivators applied innovations in hydroponics to grow cannabis. By the 1980s, growing weed via hydroponics was so common that the two became practically synonymous. Marijuana smokers began referring to hydroponic weed as hydro, for short.

The shortened slang was especially popular in hip-hop music in the 1990s. An early example comes from Bone Thugs-n-Harmony’s 1995 track “1st of tha Month,” which features the line: “Hittin’ that reefer hydro, you know the cut, so fuck them po-po.” Hydro became further clipped as dro, as heard in Nice & Smooth’s 1997 “Scared Money”: “Sippin on the Heine’, puffin’ on the ‘dro.”

Cannabis connoisseurs may distinguish between  dro and run-of-the-mill bud (regs or reggies. From hip-hop, dro quickly spread in the 2000s as shorthand for marijuana, regardless of whether it was grown hydroponically.

Dro is used as one of the many slang terms for marijuana, e.g., pass that dro, man. It can also be a modifier for weed grown hydroponically, e.g., check out this dro weed.

Calling weed dro (cf. dank, kush) is popular in the Black and hip-hop communities, as well as the many people and cultures they influence.

Though dro can be used to refer to marijuana in general, it still maintains a reputation of high quality cannabis.

Dro is also the nickname of character Alejandro Peña (Sarunas J. Jackson) on the hit, mid-2010s HBO show Insecure. This Dro is shortened from Alejandro.

This is not meant to be a formal definition of dro like most terms we define on Dictionary.com, but is rather an informal word summary that hopefully touches upon the key aspects of the meaning and usage of dro that will help our users expand their word mastery.