What does chula mean?

Chula is Spanish slang for “cute” or “a beautiful woman,” often seen in mami chula (“hottie”).

Where does chula come from? 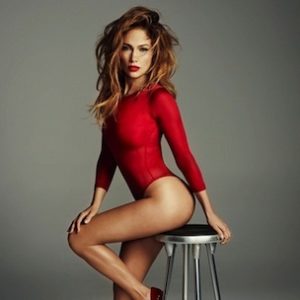 In Spain, chula can insult a woman as lower-class and back-alley. In Chile, chula is slang for “penis.”

But in most of Latin America, however, chula means “cute” or “pretty.”

Chula is often seen in the phrase mami chula, a Spanish form of “hot mama” for a sexy woman. Its male counterpart is papi chulo, for a “ladies’ man.”

In the late 1990s and early 2000s, chula and mami chula appeared in the the lyrics of songs by a number of prominent Latino rappers, including Christopher Rios.

Born in the Bronx of Puerto Rican descent, the late Rios, who went by the stage name Big Pun, was the first solo Latin rapper to have an album go platinum. In his 1999 track “Piña Colada,” he raps: “All the mami chulas, they want to ride on my Honda scooter,” bragging that he gets a lot of attractive women.

An informal term, chula is found in Spanish and mixed Spanish-English conversations. It’s common enough, thanks to Latin-based hip-hop, for some English speakers to use chula.

Chula can be an adjective or a noun. Calling a woman mami chula has a much more sexual tone.

Haappiest of birthdays to my favorite. Forever thankful you came into my life. Thank you for our talks, endless laughs, and our amazing friendship/sisterhood. Enjoy your day beautiful, because you deserve it. Love you chula ❣️ pic.twitter.com/doUZMJAJWb

… and men may call their female significant others chula in the same, sweet way.

9 years ago today we started dating. In just a month she will b my Wife. Happy Anniversary chula. #brandyforever @Honeybeesandy pic.twitter.com/CH7GRE6NLl

This is not meant to be a formal definition of chula like most terms we define on Dictionary.com, but is rather an informal word summary that hopefully touches upon the key aspects of the meaning and usage of chula that will help our users expand their word mastery.