Feedback
Who's your daddy?
Why so serious?

Whoosah is a slang expression variously used to indicate or achieve a state of calm and relaxation.

Where does whoosah come from? 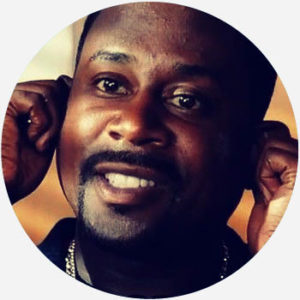 The term whoosah was popularized by the 2003 action comedy Bad Boys II, starring Will Smith and Martin Lawrence. Early in the film, Lawrence’s character attends an anger management class where he is advised to say whoosah to help him pause and breathe deeply whenever he’s worked up. Lawrence goes on to comically repeat whoosah as a catchphrase in moments of stress throughout the movie.

The inspiration for whoosah in the film is unclear, but it appears to be an invention of Bad Boys II, perhaps as a nonsense word making fun of New Age self-talk or mantras.

By 2003, whoosah was popular enough to earn an entry on Urban Dictionary and has spread as a humorous, though allusive, way of marking one’s attempt to calm down and collect oneself. R&B singer Jeremih released a popular track in 2015 called “Woosah” about a sexual encounter, and rapper Childish Major cut a notable album called Woo$sah in 2017.

Hair twisted, face washed, bra off, wooooosah. 🙌🏾
@Keyerriaa March, 2018
Just had to have a woosah moment in my office, cause clearly these people want me to go tf off
@LaBellaBritt__, February, 2018
Get still for a moment or two or twenty. Close your eyes and get connected to your breath. When you're in your flow (and your WOOSAH), the breath is full and without constriction.
Tracye Warfield, LinkedIn, February, 2016
SEE MORE EXAMPLES

Thanks to the popular reach of Bad Boys II, whoosah, commonly spelled woosah, has become used as an actual form of soothing self-talk or admonition. It can be used as an interjection (You’re getting stressed. Take a deep breath. Whoosah!) and a verb (I had to whoosah all morning). The phrase woosah has earned some criticism for not actually working as a relaxation technique.

Given its association with relaxation techniques, whoosah has extended as a noun for “a state of calm” (Find yourself some whoosah) and a kind of discourse marker for “chilling” (I just kicked off my shoes and popped on a movie. Whoosah.) In this vein, one can have a woosah moment, used for when one needs to cool off or for the “zen” that results from it. Whoosah can also be used to convey exasperation (You need to calm down. Woosah.) or excitement (Whoosah! You look amazing!) Often, the oo in whoosah is elongated in both speech and writing, as in woooosah, for emphasis and imitation of breathing.

Some businesses, including a lounge in New York and in the Netherlands, have called themselves Whoosah, though their relation to the slang term is unclear.

This is not meant to be a formal definition of whoosah like most terms we define on Dictionary.com, but is rather an informal word summary that hopefully touches upon the key aspects of the meaning and usage of whoosah that will help our users expand their word mastery.

Who's your daddy?
Why so serious?
Home / Words / Slang / whoosah