Feedback
you mad bro?
you rock

you reap what you sow

What does you reap what you sow mean?

You reap what you sow is a proverb that says future consequences are inevitably shaped by present actions.

Where does you reap what you sow come from? 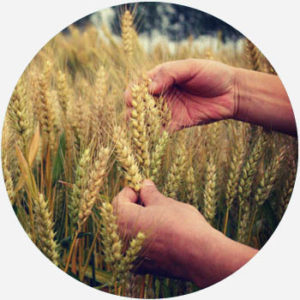 To reap is “to gather a crop” and to sow, “to plant seeds.” Throughout versions of the Bible, sowing is used as a metaphor for one’s actions and reaping for the results of those actions. In the Hebrew Bible’s Book of Hosea, God finds the Israelites worshipping an idol of a calf and, in the 1611 King James Version, says, “They sow the wind, and reap the whirlwind.” The saying means that the consequences of already bad actions will be even worse. In his Christian New Testament Epistle to the Galatians, Paul the Apostle writes: “Be not deceived; God is not mocked: for whatsoever a man soweth, that shall he also reap.” He goes on to instruct the Galatians to “sow to please the spirit” rather than the flesh, indicating that a spiritual life will result in reward.

An English sermon collection from 1654, about forty years after the King James Bible was finished, frequently addressed the theme of metaphorical sowing and reaping, helping you reap what you sow achieve proverbial status. The expression later came to be used outside of religious contexts, often in politics, business, and as general wisdom. The 1820 book Maternal Solicitude for a Daughter’s Best Interest advises working with diligence, because one cannot reap without the effort of first sowing.

In 1822, the saying appeared in British Parliament. Warning that policies enforced in the British colonies may later be applied back in England, one speaker said, “As we sow, so shall we reap.” In 1884, Benjamin Butler, a third-party candidate for President of the United States, encouraged his supporters to vote third-party, saying,”He who expects to reap must sow, and he can’t reap when he ought to be sowing, and the Presidential crop is harvested only once in four years.”

In 1894, Profitable Advertising magazine encouraged readers to spend liberally on advertising, invoking “the old story of sowing and reaping” that “the preacher tells” to illustrate the concept of return on investment. A 1911 ad in the Big Four Poultry Journal made the same comparison with regard to advertising. Also in 1911, Business Philosopher magazine put the proverb to use in the context of positive thinking and self-help, offering advice such as “sow a good action, reap a good habit,” and “sow a good habit, reap a good character.” These examples connect material success to the expression’s original cautions about moral character.

Although you reap what you sow has spread well beyond religion and morality, the proverb still enjoys use in those contexts, especially owing to its biblical origins.

Examples of you reap what you sow

You reap what you sow... Farmers for Trump are going to learn that the hard way with the Chinese tariffs on agriculture products 🐸☕️
@ChavezMartinJr, April, 2018
They can go off somewhere else and watch what happens to the magical Ferrari brand - and their share price. You reap what you sow and the arrogance of Ferrari in recent times will get what it deserves.
Joe Saward, Motorsport Week, April, 2018
[I]n the case of Iran, two terrorist attacks that recently rocked the Iranian capital of Tehran just illustrated the truth behind the well-worn adage, “You reap what you sow.” Karma, meet the extremist mullahs of Tehran.
Armstrong Williams, Amsterdam News, June, 2017
SEE MORE EXAMPLES

Who uses you reap what you sow?

Today, you reap what sow is used in many contexts, from elevated religious and political discourse to pop culture and everyday speech.

In a 1965 speech, Martin Luther King Jr. memorably asked how long it would be until we could achieve justice and racial equality. Near the close of the speech, King asked, “How long? Not long,” because “you shall reap what you sow,” indicating that nonviolent protest would eventually be rewarded. The band Rage Against the Machine paraphrased King in its song “Wake Up” with the lyric “How long? Not long! ‘Cause what you reap is what you sow.” In the song, which addresses political assassinations, the band seems to indicate that political violence will be met with unrest.

In everyday speech, you reap what you sow is sometimes used after the fact, to indicate that someone should have expected the results that followed from their actions. In this use, it’s similar to I told you so.

You reap what you sow has also been used to describe the Hindu and Buddhist concept of karma to westerners.

you mad bro?
you rock
Home / Words / Slang / you reap what you sow