What does c'est la vie mean?

In French, c’est la vie means “that’s life,” borrowed into English as idiom to express acceptance or resignation, much like Oh well.

Where does c’est la vie come from? 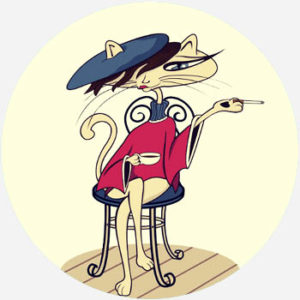 C’est la vie literally means “this is the life” in French, taken as “that’s life.” Found in French well before, the expression was borrowed into English by the 1880s. While modern French speakers certainly understand the phrase, c’est la vie is especially common among English speakers, used either as a handy or fancy way to say “That’s life!” especially in the face of minor setbacks. 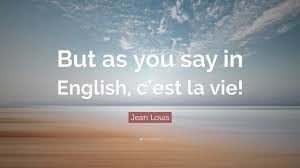 The idiom is so widely recognized that it titles various works in popular culture. In 1965, duo Sonny & Cher released “Sing c’est la vie” while the band Stereophonics came out with their own “C’est La Vie” in 2015.

A number of English-language books about French life and culture incorporate c’est la vie in their titles, such as the 2017 self-help book C’est La Vie: The French Art of Letting Go. 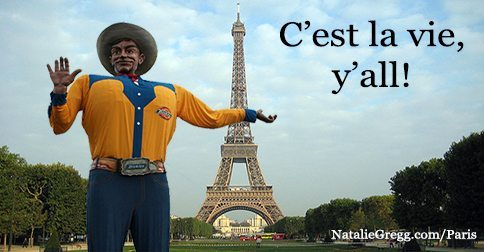 Ppl were really happy when we brought it back for a run on Toonami, so I think if given time it might have found a wider audience, but c’est la vie!
@Clarknova1, May, 2018
Je n’ai aucune revanche par rapport à qui que ce soit. Des choses se sont passées, mais c’est la vie. [I have no bad feelings for anyone. Things have happened, but that's life.]
Léo Dubois quoted by David Phelippeau, 20 Minutes, May, 2018
I see @GolfChannel and @ChampionsTour continues to ignore the fact that I have won 9 Major Championships on the Senior Tour. Every official global tour recognizes this fact except those in the USA. Quite sad and hurtful for me actually. C’est la vie.
@garyplayer, May, 2018
SEE MORE EXAMPLES

In everyday speech and writing, people usually issue a c’est la vie to shrug off slight disappointments or signal resigned acceptance of some unpleasant affairs or facts.

Going through all my twitch whispers… I really miss talking with everyone. When there are streams, I’m at work and when I’m home and able to talk, everyone is busy. C’est la vie 😔

Occaionally, people mistake c’est la vie for “This is the life!”, an expression of contentment.

This is not meant to be a formal definition of c’est la vie like most terms we define on Dictionary.com, but is rather an informal word summary that hopefully touches upon the key aspects of the meaning and usage of c’est la vie that will help our users expand their word mastery.