Everything After Z by Dictionary.com
Previous Word: coño
Next Word: cyka blyat

Where does culo come from? 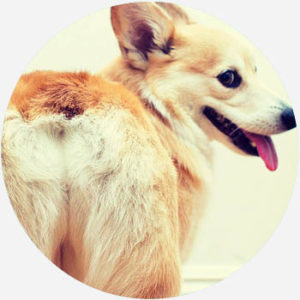 Long evidenced as a vulgarity in Spanish, culo is said to derive from the Latin culus, “anus,” extended to “butt” or “ass” in Spanish—as well as in Italian.

Culo appears in many Spanish-language idioms colloquially translating to the English sense of “getting screwed over.” One expression is dejar al alguien con el culo al aire, literally “to leave someone with their ass in the air” but having the sense of “to leave someone stranded.”

While culo is generally negative in Spanish, it can be more positive in Italian, as in the expression Che culo!, or How lucky! or Lucky bastard! Having a well-fed posterior, apparently, was historically a sign of success in Italian culture.

Culo is used by Spanish speakers across the globe, including in the US, but is especially found in Latin America, including Argentina, Paraguay, and Uruguay. Some bilingual speakers will code-switch between English and Spanish when using culo, incorporating the common slang term in an otherwise English-language utterance or sentence.

In 2004, Cuban-descended rapper Pitbull released a song, “Culo,” featuring Lil Jon. The track praises a woman shaking her culo on the dance floor.

While widely used in many idioms, the Spanish culo is also considered very rude. El trasero or las nalgas (“buttocks”) are more polite ways to refer to the buttocks in Spanish. The Italian culo also appears in idioms besides che chulo, including faccia da culo, “ass-face,” cheekily describing someone as brazen. Culo is considered informal, and occasionally profane, in Italian contexts. Consider le natiche (“buttocks”) in formal settings.