What does pinche mean?

In many Spanish dialects, pinche is a strong swear word variously meaning "goddamned," "shitty," or "fucking," among other senses.

The term literally refers to a low-level or temporary worker, particularly one who works in a kitchen.

Where does pinche come from? 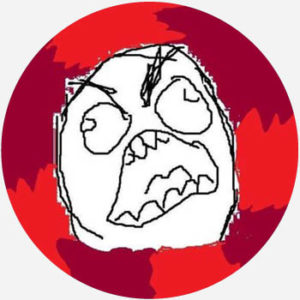 In Spanish, pinche literally means “scullion,” or someone who works in a kitchen doing menial work like peeling potatoes or washing dishes.

In the Spanish spoken in Central America and especially Mexico, pinche‘s lowly connotations took on pejorative slang meanings ranging from “lousy” to “shitty.” Like many swear words, it can be a noun or an adjective depending on the context, but is roughly equivalent to the dismissive and intensive use of the English fucking (e.g., I hate that fucking movie).

In parts of the US where Spanish is frequently spoken, such as Florida and Texas, pinche is also used as a rude term but can also mean “cheap” or “stingy.”

Pinche is often used to intensify cabrón, literally meaning “goat” but taken as “asshole.” Pinche cabrón shows up in young, urban English- and Spanish-language movies, TV, and music, such as the 2014 single “Collard Greens” by LA-based hip-hop artist Schoolboy Q and featuring Kendrick Lamar, who raps el pinche cabrón to call a man “the fucking idiot.”

Elsewhere in the Spanish-speaking world, pinche can have very different, and much more innocuous, meanings. In Chile, it can refer to a hairpin or a romantic couple while in Spain, a stake or ante in gambling.

There's no way around it: pinche is not a word to be used in polite society.
Cristina Arreola, Latina, May, 2014
Many restaurants in Spain have the name "El Pinche," to the great amusement of Mexican and Chicano tourists.
DonkeyHotay quoted by Patricia Calhoun, Westword, July, 2012
My mom told me to clean up my room and I told her "estoy en spring break, relajaté! [I'm on spring break, just relax!]" Then she told me "¿Cuando [e]s mi pinch[e] spring break? [When is my goddamned spring break?]" So I went and cleaned up my room.
@Therealoz_26, March, 2018
SEE MORE EXAMPLES

Pinche is widely and frequently used by North and Central American speakers, particularly in Mexico, to express strong displeasure with something.

The term has also made inroads as a name for Mexican restaurants in the US, calling up its original “kitchen worker” sense—considered a clever, but controversial, play on words. In 2013, for instance, Las Vegas restaurant owner Javier Anaya refused a request from a city councilman that he change the name of his restaurant Pinches Tacos after “those from the Latino community told him about the name and their concern about it.”

While pinche is still used neutrally for kitchen workers, particularly in Spain, it’s more commonly heard in colloquial speech and writing as a vulgarity, and many may find it offensive.

This is not meant to be a formal definition of pinche like most terms we define on Dictionary.com, but is rather an informal word summary that hopefully touches upon the key aspects of the meaning and usage of pinche that will help our users expand their word mastery.