What does Pinay mean?

A Pinay is a woman from the Philippines, especially one with Filipino heritage living abroad. Its male counterpart is Pinoy.

Where does Pinay come from? 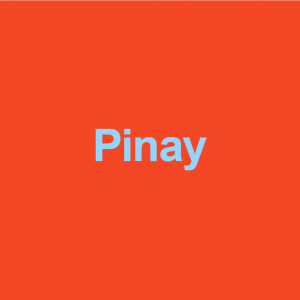 Pinoy is recorded as early as the 1920s, referring especially to a Filipino immigrant. It comes from Tagalog (the principal language of the Philippines), formed from the last four letters of Filipino plus -y, a diminutive suffix for names in the language. Pinay is similarly formed from Filipina, or a woman from the Philippines, and is recorded since at least the 1970s.

Discover more words in Tagalog in our article, “English Words That Came From The Philippines.”

While Pinay has seen some pejorative use due to the history of Filipino immigration, it has largely become adopted as a proud self-identifier among Filipinas, particularly in their diaspora. A number of academic and autobiographical works published in the 2000s have considered, for example, the experience of the Pinay in various aspects of social life.

The Southern California-based Filipino fast-food chain, Pinoy Pinay, opened in 1992. In the 2000s, the default (and male) Pinoy saw prominent use in the Filipino versions of the reality TV shows Big Brother and American Idol: Pinoy Big Brother and Pinoy Idol.

Like Filipinx, Pinxy is occasionally used as gender-neutral alternative to Pinay, Pinoy, and Pin@y.

I found this #pinay singer on @YouTube and now I’m a superfan! I loved her cover of Darling, I Do. Here’s Bahay Kubo. I don’t speak Tagalog, but I ❤️ Bahay Kubo! #pinaypower
@erinentrada, March 19, 2018
My diaspora is different than yours: While I have thick roots in NYC & LA, most of my life was spent in Ohio, a place heavy w/ roughage for identity making as a brown girl, woman. My childhood is different than yours: I had one Pinay friend, not a circle.
@LFB27, May 22, 2020
Doing more than is expected seems to be the mantra of the Catholic-minded Pinay leader. Their existence is a continuum of "giving and more giving" in kindness, service, and monetary support.
Glenda Tibe Bonifacio, Pinay on the Prairies: Filipino Women and Transnational Identities, 2013
SEE MORE EXAMPLES

People from the Philippines or of Filipino descent casually use Pinay to describe a Filipino woman, especially one living outside the Philippines in the US, though not all find the term acceptable given its immigration-related past.

Many Filipino women use Pinay to express strength and pride in their identity, heritage, culture, and womanhood.

The Beauties and the Best…Go for Gold Champs! Pinay and Team USANA Pilipinas Pride! pic.twitter.com/IhsCn9MWBJ

Wild.. are there really hate tweets towards proud Pinay Kelsey Merritt for not being "Pinay-looking enough" to "represent" Filipinos at the anticipated Victoria's Secret Fashion Show? Talaga, pati yun iba-bash?

This is not meant to be a formal definition of Pinay like most terms we define on Dictionary.com, but is rather an informal word summary that hopefully touches upon the key aspects of the meaning and usage of Pinay that will help our users expand their word mastery.