What does vaya con dios mean?

Vaya con dios is a Spanish language phrase meant as a farewell. It literally translates to “go with God.”

Where does vaya con dios come from? 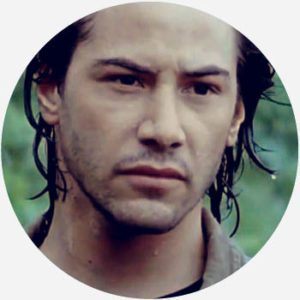 Since at least the Middle Ages, many Western languages with Christian speakers have invoked God in parting wishes. Church Latin had dominus vobiscum (“the Lord be with you”), which likely influenced the French adieu and Spanish adios, both literally meaning “to God” and originally appearing in longer salutations for “I commend you to God.” English’s own goodbye was contracted from God be with you.

Vaya con dios follows in this religious tradition, and it became familiar enough to non-Spanish speakers to be referenced in popular media throughout the 20th century. Les Paul and Mary Ford released a song called “Vaya Con Dios” in 1953 that topped the charts for over 30 weeks. The song prominently featured vaya con dios throughout its lyrics: “Vaya con Dios, my darling / Vaya con Dios, my love / Wherever you may be, I’ll be beside you.”

Vaya Con Dios was also the name of an eclectic Belgian band formed in 1986. And, the phrase is notably spoken by Keanu Reeves in the final scene of the 1991 action film Point Break.

All the way from the very 1st episode to now, he grew up from a little boy to a young man. Now he's a legend. Vaya con dios to a great character, Carl Grimes
@Libra101075B, February, 2018
And, as we say where I grew up along the Arizona-Sonora frontier, ‘Gracias por todo y vaya con Dios.’ (‘Thanks for everything and go with God.’)
John Moeur, The Daily Herald, 2010
We could all stand to be a little more like John Wayne. Love for our Country and our flag is not something an American should waver on. If you do, well, Vaya con dios goodbye!
@michael63mcc, February, 2018
SEE MORE EXAMPLES

Among Spanish speakers, vaya con dios is considered more formal, heard among older, devout speakers or reserved for elevated settings, such as at church or before embarking on a trip. An English equivalent may be godspeed or Lord be with you.

Among English speakers, vaya con dios is often used for dramatic effect in speech and writing, including online. It can be negative (“Good riddance!” “Sayonara!”) or somber (“Fare thee well” or “RIP”). The phrase is also used as an attempt to code-switch when speaking/writing affectionately of Spanish-speaking culture (e.g., at the end of a holiday) or to mock it (say, in xenophobic sentiments).

This is not meant to be a formal definition of vaya con dios like most terms we define on Dictionary.com, but is rather an informal word summary that hopefully touches upon the key aspects of the meaning and usage of vaya con dios that will help our users expand their word mastery.