Save This Word!
noun
an amendment to the U.S. Constitution, ratified in 1791 as part of the Bill of Rights, guaranteeing reasonable bail, fines, and punishment.
QUIZ
TAKE JOY IN ACING THIS QUIZ ON “PRIDE” SYNONYMS
Hold your head up high as you embark on this quiz that explores some of the synonyms and meanings of “pride.”
Question 1 of 7
What does "dignity" mean?
showing self-respect
treating others with kindness
acting selfishly
TAKE THE QUIZ TO FIND OUT

What is the Eighth Amendment?

The Eighth Amendment is an  amendment to the US Constitution that forbids unreasonable bail, fines, and punishment.

“Excessive bail shall not be required, nor excessive fines imposed, nor cruel and unusual punishments inflicted.”

Bail is property or money that you give to the state to assure the state that you will show up to your trial. Bail is usually set by a judge and is paid instead of spending time in prison or jail while waiting for a trial. If you show up for the trial, your bail is returned to you. The Eighth Amendment forbids “excessive bail,” such as setting bail at millions of dollars for a minor crime.

A fine is money that you pay as punishment for committing a crime. For example, a city may charge you a fine for littering. The Supreme Court has ruled that “excessive fines” also apply to property seized by police during criminal investigations. If the police arrested you for grand theft auto (that is, stealing an automobile) and took all of your money from your and your family’s bank accounts, that would very likely be considered an excessive fine.

Lastly, the Eighth Amendment forbids cruel and unusual punishments. But what counts as “cruel and unusual”? The Supreme Court has examined this wording many times over the centuries. It has ruled that barbaric means of torture or execution, such as beheading, are strictly forbidden. The court has also ruled that taking away an American’s citizenship is cruel punishment.

However, the Supreme Court has repeatedly ruled that capital punishment (the death penalty) itself is not cruel or unusual and considers it constituional to sentence criminals to death. Most Supreme Court rulings regarding the death penalty have instead focused on specific circumstances when capital punishment can be delivered and eliminating processes that delay the penalty.

The court’s stance has been and is extremely controversial. Today, the death penalty is still legal but is often fiercely debated.

Why is Eighth Amendment important?

When the Bill of Rights was being debated, many Congressman vigorously supported a ban on cruel and unusual punishments. They were concerned that  the tyrannical government they had just gained independence from would be replaced by a Congress that could oppress citizens using torture and cruel punishments. At least one Congressman even referenced the Spanish Inquisition to argue to ban cruel punishments. Interestingly, a few Congressman were unhappy with the intentionally vague wording of this clause even before the Eighth Amendment was officially ratified.

Unlike the bails and fines clauses of the Eighth Amendment, the punishment clause has caused many debates today. Even among Supreme Court justices, the issue is often divisive, especially in relation to the death penalty.

Although the Supreme Court has ruled that the Eight Amendment allows the death penalty a legal punishment, only 28 states have authorized it.

What are real-life examples of Eighth Amendment?

This photograph shows a French guillotine. According to the Eighth Amendment, execution devices like this one are forbidden. 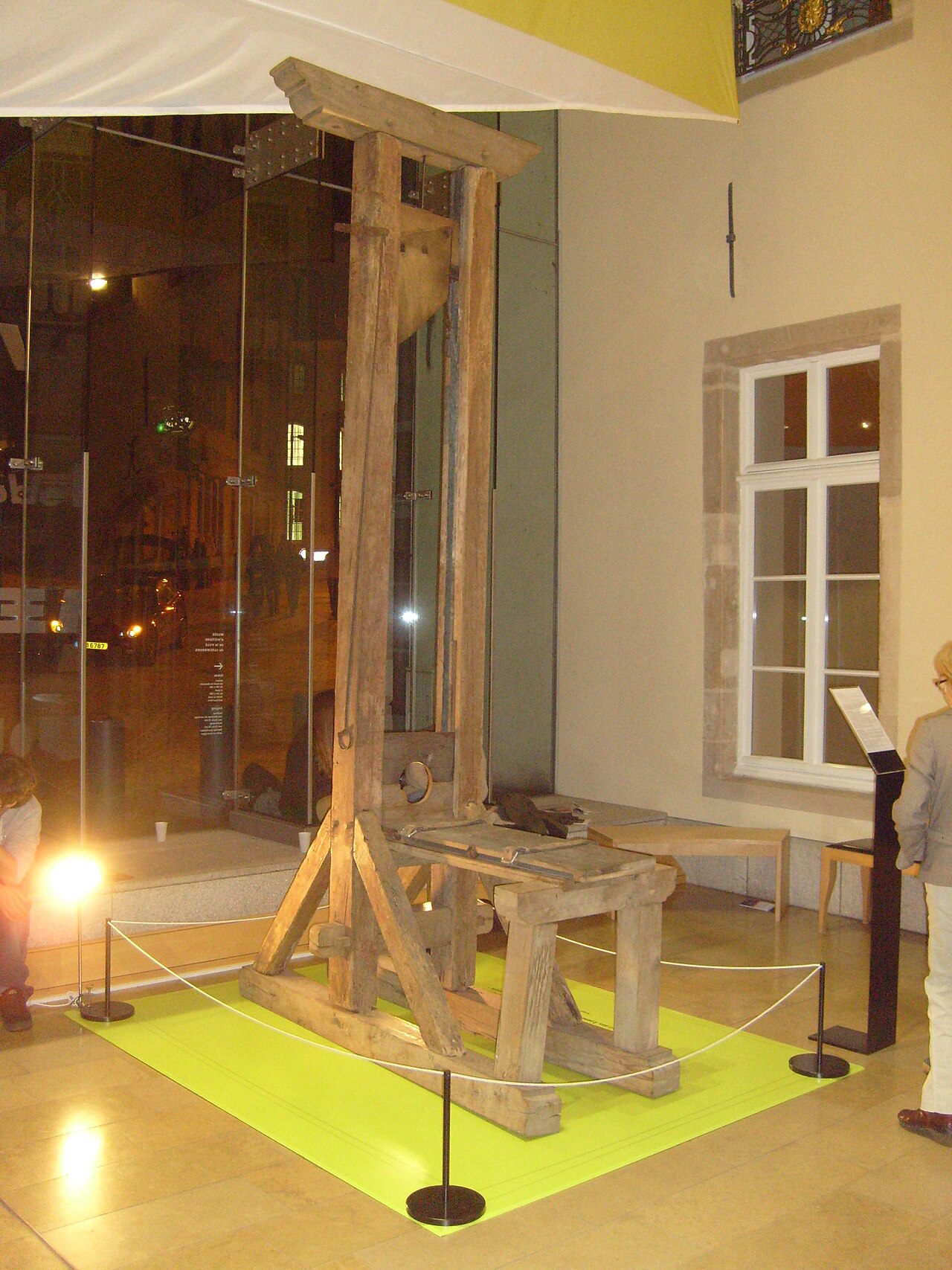 Official guillotine used by the state of Luxembourg from 1789 to 1821. Photo by Christian Ries / Wikipedia

Most Americans know that the Eighth Amendment forbids “cruel and unusual punishment.”

This will help stop state and local authorities from using people in the justice system as their piggy banks.

What other words are related to Eighth Amendment?

Which of the following is NOT specifically forbidden by the Eighth Amendment?

How to use Eighth Amendment in a sentence