What does WAP mean?

WAP is a slang acronym that stands for wet-ass pussy. The acronym was created and popularized by hip-hop artist Cardi B in her hit August 2020 single “WAP.”

Where does WAP come from? 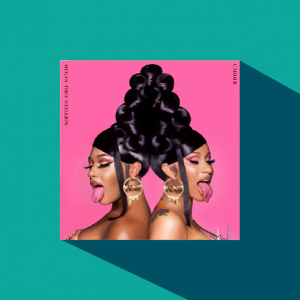 Cardi B’s single and music video “WAP” was released on Friday, August 7, 2020. The song—a collaboration with Megan Thee Stallion, who made the phrase hot girl summer go viral in summer 2019—is an explicit anthem to female sexual desirability.

“WAP” became an instant sensation and topic of popular conversation. Many fans and music critics praised “WAP” for its Black female sexual power, although its explicit content was certainly not without objectors. The video was also criticized for glamorizing tigers as pets and including Kylie Jenner, a white reality TV star and influencer among the primarily Black female artists that cameo in the video.

Pussy is a vulgar slang word for women’s genitalia. Wet-ass means “extremely wet,” with wet here referring to female sexual excitement. WAP was entered on Urban Dictionary on August 6, 2020, the day before the song dropped, after Cardi B teased the release in interview during which she explained WAP stood for wet-ass pussy.

Interestingly, wap has been recorded as slang for “having sex” since the mid 1550s, although evidence of its use dropped off in the early 1900s. This wap may be based on whop, “to strike forcibly”; indeed, the spelling wap remains a variant of whop today.

On one chorus of the song, Cardi B raps: “I’m talkin’ wap, wap, wap, that’s some wet-ass pussy.” The clean version of “WAP” for radio and the video censors wet-ass pussy for wet and gushy, which some have wryly noted sounds even more graphic.

WATCH: Can You Correct These Grammatically Incorrect Song Lyrics?

While it’s easy to get hung up on the lyrical shock factor of “WAP,” the detailed play-by-play in the verses doesn’t aim to impress guys—and that, the song suggests, is why Cardi and Meg’s expertise is credible. They center themselves as women in order to freely celebrate their coveted power, sex appeal, and A1 WAP.
Latin Starling, Pitchfork, August 7, 2020
If “WAP” goes #1, which it will, Cardi will have earned 4 #1 songs in a little over 3 years since her first song debuted on the BB Hot 100. This will be the fastest a female artist has done this Katy Perry did so in 2010.
@MrPopCharts, August 10, 2020
Much of the WAP criticism is rooted in a misogyny that is tightly intertwined with capitalism. The dudes who are criticizing WAP look at women the same way capitalists look at the means of production.
@Officiality, August 9, 2020
morning to wap women only
@lyricjjackson, August 10, 2020
SEE MORE EXAMPLES

Naturally, WAP is largely used in reference to Cardi B and Megan Thee Stallion’s song and music video. However, there is some initial evidence that the acronym is spreading, using WAP to refer to women’s desirability, worth, and empowerment more generally.

Check out all the cameos in #CardiB and #MeganTheeStallion's music video for #WAP https://t.co/g4jNXFg5sX

Shoutout to the women who’re out there getting to it. Nothing like a woman with WAP and a bag. I hope you have an amazing day.

People have suggested alternative meanings for the acronym WAP, such as worship and praise, which may well be in use in contexts other than Cardi B’s “WAP.” It’s clear, however, based on the song and Cardi B’s own explanations, that WAP concerns wet-ass pussy.

Cardi B’s WAP is not to be confused with the acronym WAP as its used in digital technology to stand for wireless application protocol.

This is not meant to be a formal definition of WAP like most terms we define on Dictionary.com, but is rather an informal word summary that hopefully touches upon the key aspects of the meaning and usage of WAP that will help our users expand their word mastery.