Feedback
Previous "Misogyny" vs. "Sexism": Do You Know The Difference? Next Basta And Other Trending Words On Dictionary.com

One way to get to know a country is through its food. Another way is by using the country’s public transportation.

Some unique modes of transportation are just for fun, like dog-sledding trips in Norway and zorbing in New Zealand (which involves rolling down a hill inside a giant inflatable ball, just saying). Other means of transportation are more practical . . . here’s a little guide of how to get around in different countries.

To travel the seven miles between Cambodia’s capital, Phnom Penh, and Battambang in the northwestern part of the country, you take a bamboo train, or nori.

A nori is a wooden frame made of bamboo planking on wheels and powered by a small motorcycle or tractor engine. Once aboard, you’ll sit on straw mats placed on the bamboo platform. It runs at speeds of roughly 30 miles-per-hour (MPH), and it can be a bit bumpy, but you’ll get to see the true countryside as a local would. 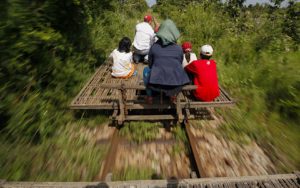 Flying into China’s Shanghai Pudong International Airport? Be sure to take the Maglev train to Longyang Road Station (on the outskirts of central Pudong). Why?

Well, the Maglev (shortened from magnetic levitation) uses two sets of electromagnets—one to repel and push the train up off the track and another to move the “floating train’” ahead—to reach speeds of up to 267 mph. We may not totally understand the science of it, but if it gets us there in less than eight minutes we’re on board with this one. 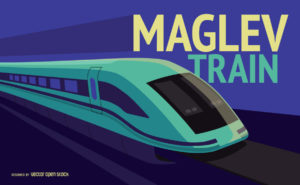 When visiting Cuba, be sure to enjoy a ride in a coco taxi, or a small yellow car shaped like a huge coconut. There are hundreds of coco taxis in Havana, and they’re cheaper than regular taxis—cheaper and cuter, win-win. Coco taxis are like tricycles with pedals; the frame sits on three wheels. Some have small motors and can go pretty fast. The open-air taxi seats two or three people.

Keep in mind that the black coco taxi with yellow is for the locals, and the yellow ones are for tourists. 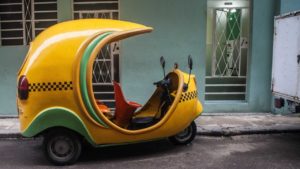 The floating islands of Lake Titicaca are a must-see when visiting Peru. The 70 manmade totora-reed islands are inhabited by the Uros tribe, which predate Incan civilization. They weave their homes and boats with totora, which means “reeds” in their tribal language.

These incredibly light (but resistant) boats sail swiftly on the calm lake. The boats are shaped like canoes but with animal heads at the prow—what’s cooler than that? They’re mainly used for fishing and to bring visitors to the islands. 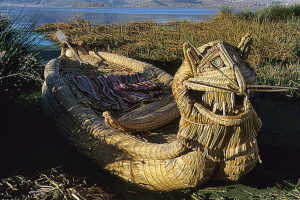 India is known for its pollution, but cycle rickshaws are not contributing to the problem. In fact, these pedicabs are considered environmentally friendly and a cheap mode of transportation. The vehicle, a tricycle that seats one or two passengers, is powered by a driver. They no longer pull it by hand either, it now has pedals—high-tech, no?

And, you may not need to travel to India to ride in a cycle rickshaw. They’re popping up in North American and European cities in tourist areas (think pedi-cabs). 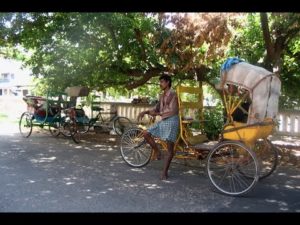 How many people can ride a motorcycle? This kind of sounds like one of those corny jokes, but it’s a legit question you may ask when visiting the Phillippines.Habal-habal, also called Skylab, is a motorcycle with an extended seat over the back wheel that can seat 5–13 passengers, including their baggage. A word of caution: This popular mode of transportation is illegal. The legal taxi Habal-habals only allow one passenger. So, if you decide to give this a go, be sure to wear a helmet.

Fun fact: No one really knows what Habal-habal means, though it may have sexual connotations—weird. Skylab either refers to the damaged US space satellite or it is a contraction of the Filipino phrase sakay na lab, which means “get on, love!” 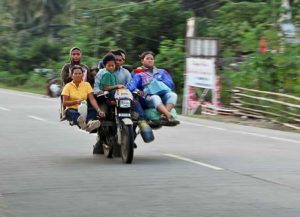 Chicken buses in Guatemala are said to be infamous and magical . . . yup. These cheap public buses cram 100 or so passengers into old US school buses (along with chickens and goats, hence the name)—that doesn’t sound magical to us. Some chicken buses are decorated with neon signs or voodoo posters, and they all offer a dangerous, terrifying, and thrilling ride.

Some travel guides say chicken buses are an essential way for adventurous travelers to experience the country, and others warn that they aren’t safe—it’s less about road safety and more about petty crimes. Chicken buses are also common in other Central American countries, including Panama, Nicaragua, el Salvador, Honduras, and Belize. 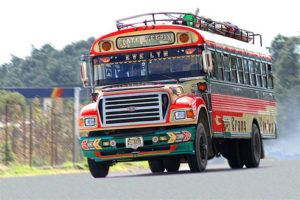 When visiting Japan, the best way to get from Tokyo to Kyoto or Osaka is via the shinkansen, which means “new trunk line.”

These high-speed trains are also called bullet trains, due to their bullet-nosed appearance and speed (from 125–185 mph). They run on tracks built for shinkansen trains (as opposed to Maglev train tracks that must run on a straight level line) for Japan’s topography (which is mountainous). Much of the ride is underground so you won’t get to see any of those mountains. So, a ride in the dark—what’s the point?

Unlike chicken buses, Japan’s bullet trains are known for their comfort, cleanliness, punctuality, courteousness, and safety. People report the ride is smooth with little sense of movement. It’s also supposed to be quieter than traveling by jet plane. Ok, point taken. 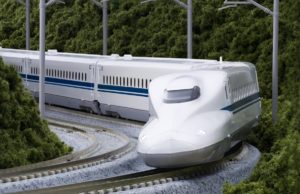 Since the time of the pharaohs, the felucca has remained the primary mode of transportation on Egypt’s Nile River. This traditional wooden sailboat, which doesn’t have a motor, carries between 8–13 passengers, plus the crew. The open-decked boat is covered in colorful cushions and pillows with canvas shelters to block the sun. Sounds luxurious! A larger felucca even has a bathroom, people . . . but no Wi-Fi.

Visitors can take a short day cruise out of Cairo along the riverbanks or a multi-day journey between Aswan and Luxor to see the ancient sites. The longer voyages are recommended for adventurous travelers since the accommodations can be described as primitive. 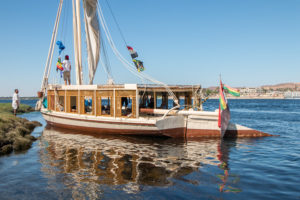 Previous "Misogyny" vs. "Sexism": Do You Know The Difference? Next Basta And Other Trending Words On Dictionary.com
RELATED POSTS