Originating in 1993 under Unicode 1.1, the black heart suit emoji emerged alongside other card suit emoji, such as the black diamond suit ♦️ and black club suit ♣️. It represents the heart suit in a deck of cards but it got its name because, back in the early days of Unicode, heart symbols were either solid black or just a black outline, white or blank inside.

Speaking of its name, black heart suit emoji sounds a lot like black heart emoji 🖤 but it’s not. That emoji is, in fact, the color black, its sense ranging from sadness to evil to comedy to affection, even.

Another emoji that black heart suit emoji resembles is the red heart ❤, which officially goes by the name of heavy black heart in the Unicode Standard since 1993—also because it was solid black, not just a black outline, empty inside.

So, while its name might have us thinking the heart is black, the black heart suit emoji is red on most platforms and with subtle distinctions from the red heart ❤ emoji. Apple’s black heart suit emoji appears brighter and glossier than its red heart ❤ while Twitter’s overall shape is thinner, for instance, as the screenshot from Emojipedia shows below. Very clear, guys. 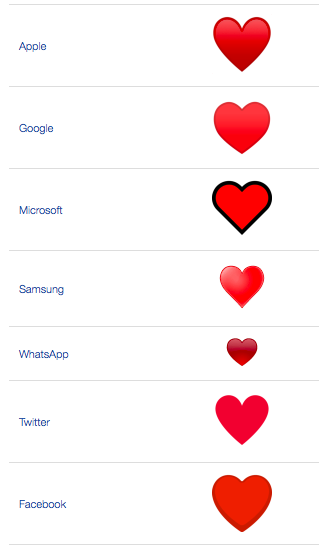 The only platform where the emoji is black is on Mozilla. HTC and emojidex, helpfully, have a rectangle around its heart that suggests its a playing card. 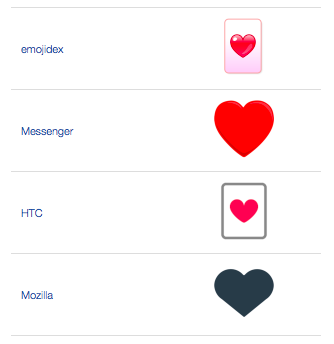 The black heart suit emoji and red heart ❤ emoji look so similar in appearance that they are often both used to show love, affection, happiness, and the genuinely warm and fuzzy feelings associated with pleasure and joy.

my grandpa and his dog are best buds and it's adorable ♥️ pic.twitter.com/r51PHBR1rg

RIP XXXTentacion !!! 💔 some people may have mixed thoughts about him but I’ve always loved his music and how he gives back!! He was a young talented artist!! And it’s scary that someone did Gods work… it’s no ones job but God!!
LOVE ♥️

But true to its name, the emoji is sometimes actually used in reference to card-playing and gambling in general. It usually appears alongside the other card suits so its meaning is clear.