What does 🥒 Cucumber emoji mean?

The totally tubular cucumber emoji depicts the green fruit (yes, fruit!) with a simple illustration, usually showing a whole cuke, although a few platforms present it sliced up, exposing the seeds inside.

It’s used in relation to food and beauty products featuring cucumbers and also as a symbol for—wait for it—the penis. (Surprise, surprise.)

Where does 🥒 Cucumber emoji come from? 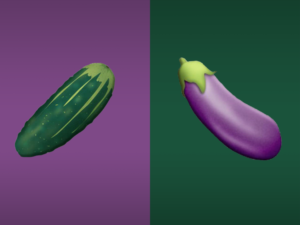 Since the dawn of emoji time, phallic objects and vegetables have been reliable stand-ins for male penises. (Don’t blame us, we’re only the messenger.)

The virtues of the cucumber as they relate to food go back 3,000 years, when India, soon followed by Greece and Italy, began growing the cucumiform (shaped like a cucumber) fruit. Yes, it’s a fruit, not a vegetable, and it belongs to the gourd family, growing on vines like their cousins, squash and melons.

The emperor Tiberius (14 AD to 37 AD) reportedly loved the fruit so much that he had the plant grown year round and demanded it on his table twice daily. They were probably smaller then, more like a gherkin, which is what the cucumber emoji is modeled after today. 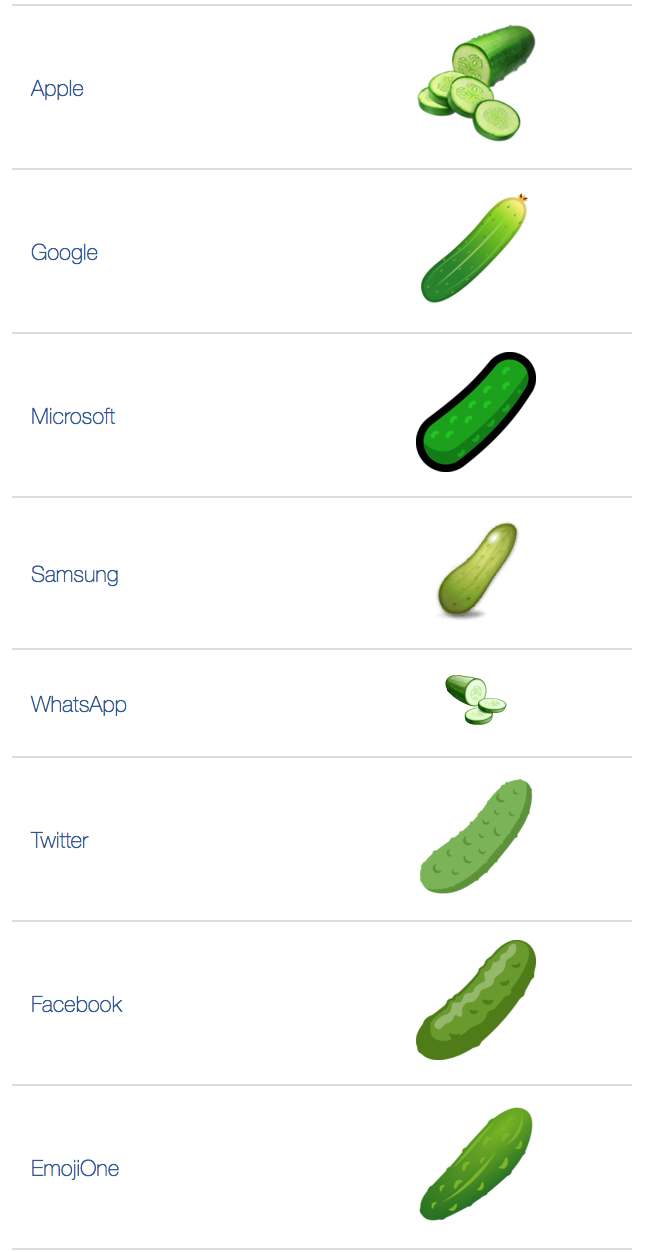 Nice, when you add cucumber 🥒 , lemon 🍋and strawberry 🍓 you not only speaking my language but your really making me thirsty
@TumeloTebogo, November, 2018
So I found Jevil and he sucks dirty pickles. 🥒
@Kind_Red_Soul, November, 2018
🌸digestion and weight loss: green tea 🍵 cucumber 🥒 lime 🍋 basil 🌿
@arieselfcare, November, 2018
SEE MORE EXAMPLES

Social-media posts featuring salads, sushi rolls, and sexy pics are all places you might find the cucumber emoji. In texting, it’s as popular as the eggplant in representing male genitalia. Yeah. Along with corn cobs and baguettes.

Sorry, food! Especially when some of you just work so hard to be healthy and wholesome!

We’re pretty sure these are pickles. But a a pickle is just … a pickled cucumber, right? Fun fact lesson for the day.

This is not meant to be a formal definition of 🥒 Cucumber emoji like most terms we define on Dictionary.com, but is rather an informal word summary that hopefully touches upon the key aspects of the meaning and usage of 🥒 Cucumber emoji that will help our users expand their word mastery.