It may be used to represent the endangered primate or for various metaphorical senses of ape or monkey.

Where does 🦧 Orangutan emoji come from? 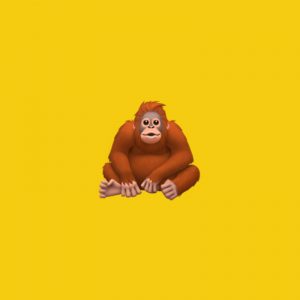 Orangutans (Pongo pygmaeus) are orange-haired, long-armed, and endangered primates native to Indonesia and Malaysia. The name orangutan is based on Malay words meaning “forest man.” 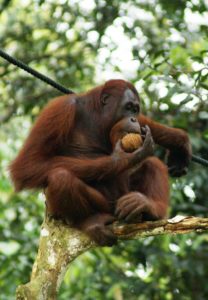 The orangutan emoji is, appropriately enough, an emoji depiction of an orangutan. Orangutan emoji was approved under Unicode 12.0 in 2019. On unsupported platforms, the emoji displays as an empty box.

Current implementations feature the orangutan facing forward with shaggy orange hair, often scratching its head. Design ranges from cartoon-like to photorealistic, as shown in the screenshot from Emojipedia below. 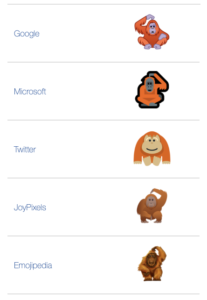 👀👀👀💦🍑💯🔥#goin ape 🦧 shiiii ova that bangin a🍑
🦧 Orangutan may be my favorite of our new emojis.
@bhaggs, April 2019
Save 🦧 save🦍save🐺save🐘save🦔save🐢save🐳save🐝save🦏save🐸#connect to🌍🔥 #WorldEmojiDay2019 #ClimateEmergency
@Jenny_Edwards, July 2019
SEE MORE EXAMPLES

As of 2019, the orangutan emoji is new, still being implemented by major devices. Early references to the emoji are part of announcements about its approval and debut—and from diehard orangutan fans.

Not sure which new emoji we're most excited for! How about you? #WorldEmojiDay pic.twitter.com/KCE9z0es6s

We will be keeping an eye on how the orangutan emoji will be used and evolves, but early evidence suggests the emoji will, of course, be often used of orangutans, especially in terms of their conversation.

Other early evidence suggests the emoji will be used of primates more generally and metaphorical senses of ape or monkey (e.g., my little monkey as a term of endearment).

This is not meant to be a formal definition of 🦧 Orangutan emoji like most terms we define on Dictionary.com, but is rather an informal word summary that hopefully touches upon the key aspects of the meaning and usage of 🦧 Orangutan emoji that will help our users expand their word mastery.