What does 🐖 Pig emoji mean?

The pig emoji depicts a … pig … in a variety of styles, most of them cartoonish and cute.

This emoji symbolize many things on social media, including rural living, cuteness in the animal world, money and banks (yes, like piggy banks), greed and gluttony (have you ever seen a hungry pig at the trough?), and barnyard animals.

Where does 🐖 Pig emoji come from? 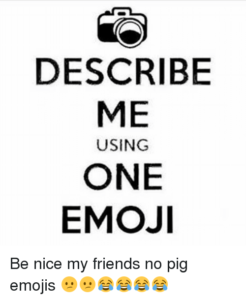 The pig emoji was approved as part of Unicode 6.0 in 2010 and added to Emoji 1.0 in 2015. On most platforms, the animal is depicted as being rather cute and cuddly, which makes the bacon part of the equation rather unpleasant.

Pigs are highly intelligent animals and have long been associated in various cultures with economic prosperity, good luck, lust, fertility, and laziness. But … you won’t see them used in social media much in any of those representations. 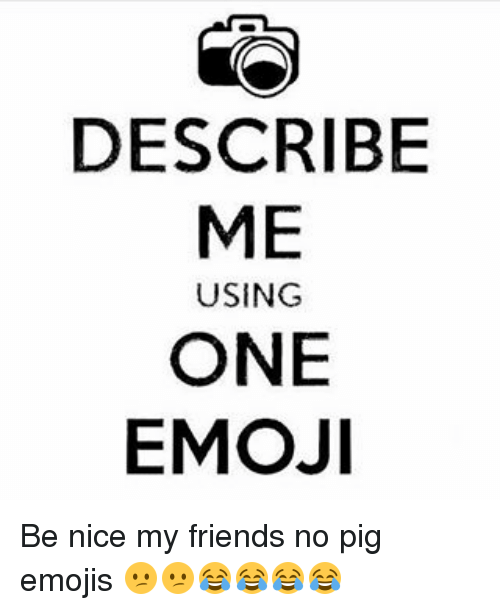 The pig is the 12th animal in the Chinese Zodiac, and those born under the sign of the pig are generally trusting, goal-oriented, calm, compassionate, and generous. And so, people will use the pig emoji to represent these parts of their personality if they were born under this sign or if it’s the year of the pig.

And … because we’re a dictionary … here’s your word of the day: ungulate. That’s a hooved animal. You’re welcome.

#MondayMotivation In case anybody needs to see 35 seconds of a lively piglet, here you go. RT@CuteEmergency lil piggy

@VeganYogaDude, August, 2018
I told @thatCHARM3R I was bringing home one of these babies 🐖🐷🐽 He was on board and actually happy Goals 🙌 Get yourself a man/woman who supports your spontaneity ☺️
@sophiaoswalt, August, 2018
SEE MORE EXAMPLES

The pig emoji is frequently used to depict farm and rural life, often along with other animal emoji such as cows and chickens:

So went to the farm today , lovely day 🐄🐴🐏🐖🐐 pic.twitter.com/cxG3vU1NFH

And of course, it’s popular when posting cute videos that feature pigs and piglets:

I CANT GET OVER HOW THE PIGLET IS SMALLER THAN THE SQUIRREL🐖❤🐿 pic.twitter.com/ZLjzyYKlZm

The pig emoji is also used when posting about greed and corruption. (Poor pig.)

This man along with his mates in crime Canavan and Damian Drum must resign next we must keep up the rage and move these takers on🐖🐖🐖 pic.twitter.com/BKKVwTT1jK

So THIS is the Brexit Dividend! 🐖💰

Rarely used to depict prosperity or wealth, on social media and in texting the pig emoji does relate to money, but it usually implies a piggy bank or the banking industry. Or, it can be used in reference to someone’s personal financial status or bank account. In reference to a sudden windfall, you might see the money bag emoji or bank note with dollar sign emoji used more often (or the two together).

How exciting. My first people-powered-campaign $$ have clunked into the piggy bank 🐖💰

It’s used as a representation of a wide range of animal life, in a variety of ways. Some friendly to the animal:

I've never wanted to become these animals so much🐱🐖🐇 #HayleyAtwell pic.twitter.com/32KPsMSZgn

🌈 Make oatmeal with nutmeg and topped with 🐖 bacon 🐖. 🇴️🇲️🇬️

(It works for fake bacon, too.)

🥑 🥥 🥓 Have you tried coconut bacon on avocado toast? It’s delicious! No piggies are needed for bacon. 🐖 You can enjoy smoky, sweet and salty crispiness with coconut bacon. https://t.co/S34uUWf05K#estherapproved #vegan #coconut #avocadotoast pic.twitter.com/rofCyij1ZJ

This is not meant to be a formal definition of 🐖 Pig emoji like most terms we define on Dictionary.com, but is rather an informal word summary that hopefully touches upon the key aspects of the meaning and usage of 🐖 Pig emoji that will help our users expand their word mastery.