What does 🐰 Rabbit Face emoji mean?

The Rabbit Face emoji 🐰 depicts the face of a rabbit facing straight ahead. It is commonly used to represent real and fictional rabbits and bunnies, spring, and Easter. The Rabbit Face emoji 🐰 increases in use in the weeks leading up to Easter, which is a movable holiday commemorated each spring. During this time, it is often used alongside the Rabbit emoji 🐇 and accompanied by the hashtag #Easter. In 2021, Easter falls on April 4.

Why is a rabbit also called a bunny or a hare? Hop over here to learn the answer.

Where does 🐰 Rabbit Face emoji come from? 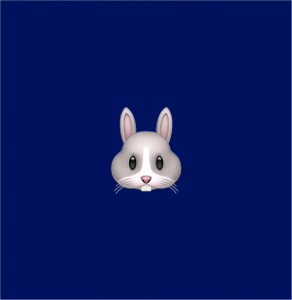 The Rabbit Face emoji 🐰 and Rabbit emoji 🐇 are commonly used leading up to and during Easter. Rabbits and bunnies are often associated with Easter, both because it occurs during the spring and because of the Easter Bunny, a legendary bunny who hides Easter eggs for children to find. The Easter bunny is based on a German holiday tradition brought to the US by immigrants, and it’s believed that the short gestation period and reproductive speed of rabbits led to a cultural association with spring (when they mate) and fertility.

We seek the one they call bugs bunny 🐰 #spacejam
@keturah_maelox, June 26, 2013
We wish everyone a happy and healthy #Easter! 🐰 🐣  Stay in contact with those you care about: host a virtual Easter dinner, set up a family video call or call a friend. #TogetherApart
@Canada, April 12, 2020

The Rabbit Face emoji 🐰 is used when discussing real and fictional rabbits and bunnies.

The Rabbit Face emoji 🐰 is also frequently used during Easter.