What does 🦄 Unicorn Face emoji mean?

The unicorn face emoji shouts “Sparkles and magic and rainbows!” It can express anything bright and sparkly, from fashion styles to whimsical moods.

It can also refer to the unicorn in the gay community (a kind of bisexual person) and a unicorn in startup culture (a $1 billion valuation).

Where does 🦄 Unicorn Face emoji come from? 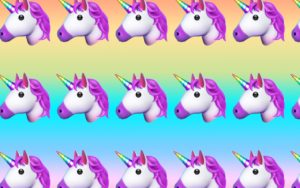 The unicorn face emoji (or just unicorn emoji) depicts the head of a unicorn, an ancient mythic creature known in European folklore as a rare white horse with a horn on its head and magical healing powers.

The emoji debuted in 2015 under Unicode 8.0, coinciding with an explosion in nostalgia for the 1980s and 1990s, which gave us the neon pinks of My Little Pony and Lisa Frank trapper keepers.

Across platforms, the unicorn face emoji is styled in bright colors. Apple’s version, for example, shows a white unicorn with a pink mane and muzzle and a rainbow-colored horn.

In 2017, Apple came out with Animoji, which animate emoji animal faces in messages sent on its devices. And oh, you better believe they included the unicorn face emoji.

The word unicorn has a specific slang meaning in the gay community. It refers to a bisexual woman who sleeps with heterosexual couples, a term sometimes referenced with the unicorn face emoji.

More generally, people in the gay community may use the unicorn emoji to express pride or signal identity, connecting the emoji’s often rainbow-colored horn to the rainbow flag. 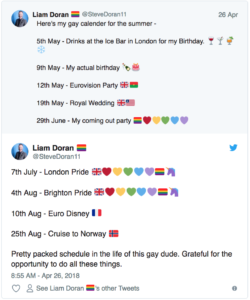 Business people also call a startup valued at over $1 billion a unicorn, a feat as rare as a unicorn achieved by the likes of Uber and Airbnb. Online, biz and tech professionals may include the unicorn face emoji in content about such companies. 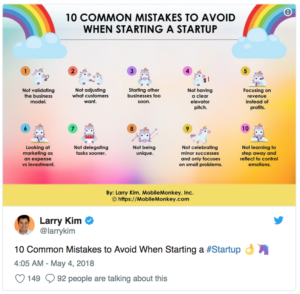 The once elusive unicorn started popping up everywhere in pop culture in the late 2010s—and strapped the unicorn face emoji in for the ride.

🦄 Remember the Starbucks Unicorn Frappuccino with its rainbows of caffeine ? 🦄

In fashion and beauty, unicorn refers to a shiny, glittery aesthetic, such as hair or nails colored in bright, sparkly pinks and blues. People often show off their new unicorn look with the unicorn face emoji. 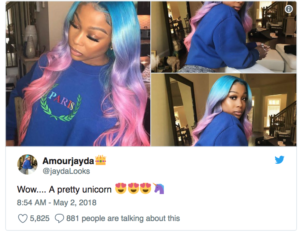 Crafters and artists also include the unicorn face emoji when displaying, say, a drawing of all things unicorn. 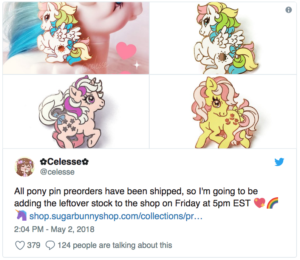 Given the unicorn’s allusions to 1980–90s nostalgia, fun and bright colors, and overall feeling of magic, the unicorn face emoji is also to used convey a whimsical, playful, innocent, or happy tone in an internet or text message.

It can also just convey a good mood or goodwill (think sunshine and rainbows):