What is Black History Month?

Black History Month is a month-long observance devoted to education about the history of Black people and the celebration of their contributions to history.

The setting aside of a month to recognize Black history is based on the idea that it is important to give special attention to such stories because they are often erased, excluded, or ignored due to racism and the teaching of history in a way that has been historically dominated by a focus on white culture.

When is Black History Month?

Where does Black History Month come from? 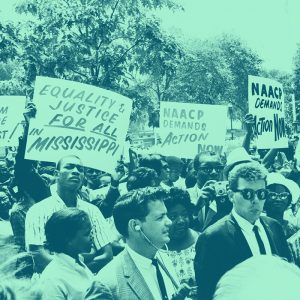 February was officially declared as Black History Month in the US on a national level in 1976. The origins of the month can be traced to the establishment of Negro History Week, which was first observed in February 1926. The week was launched by African American scholar and Black Studies pioneer Carter G. Woodson and the organization he co-founded (now called the Association for the Study of African American Life and History).

Why is February Black History Month?

The second week of February was chosen because it coincided with the birthdays of African American abolitionist and author Frederick Douglass (on February 14) and president Abraham Lincoln (on February 12), who was instrumental in the dismantling of slavery in the US.

The week’s focus on education involving the role of Black people in US history was initially incorporated by a few schools and then began to grow in popularity in the African American community. By the 1960s, Black History Month was being observed at many colleges and universities. It now is recognized and promoted by schools, government agencies, businesses, and other organizations.

The observance of Black History Month is not intended to indicate that Black history only deserves attention for a single month. Instead, it is often thought to emphasize that Black history is a central part of the nation’s history—despite often being ignored or erased.

This increased focus on the history and contributions of marginalized groups has led to the creation of other month-long observances, such as Women’s History Month (in March) and Asian American and Pacific Islander Heritage Month (in May).

diversity and inclusion must exist beyond black history month…
@mobrowne Dec 15, 2019
Black History Month begins in a week. We encourage educators planning lessons to go beyond trauma and struggle to uplift the liberation, civic engagement, creativity and intersecting identities of Black people—now and year round.
@Tolerance_org, Jan 25, 2021
Because literature is so central to the ways in which children learn about the world, Black History Month is a great time to recommit yourself to studying and teaching works by Black authors who can offer authentic depictions of what it means to be Black in the U.S. and beyond—as opposed to canonical texts that either ignore these perspectives altogether or tell them from the outside looking in.
Coshandra Dillard, Tolerance.org, Jan 29, 2020
SEE MORE EXAMPLES

What are other words used in discussion of Black History Month?