What is Burning Man?

Burning Man is an annual event in Nevada’s Black Rock Desert, where people gather for around nine days to celebrate artistic self-expression and the building of a community intended to be temporarily self-sufficient. It’s popularly thought of as a surreal counterculture party in the desert.

The event is known for displays of creativity and self-expression, including sculptures and other art installations and unusual, art-inspired vehicles and buildings. A primary aspect of Burning Man culture is the avoidance of any exchange of currency, with attendees instead engaging in trade, borrowing, and bartering. In popular conception, Burning Man is often associated with its more hedonistic elements, including drug use, nudity, and sex.

Burning Man gets its name from the large, human-shaped sculpture (called the man) that is burned as part of the culmination of the event. The sculpture is changed each year.

The citylike encampment that is built during each event is known as Black Rock City.

Where does Burning Man come from? 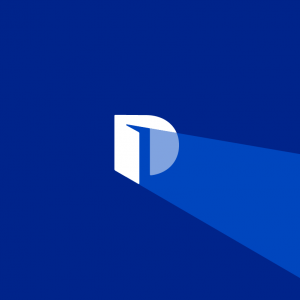 The event that became known as Burning Man was first held in Baker Beach, San Francisco, in 1986. Organized by founders Larry Harvey and Jerry James, it revolved around what has become a signature part of the event—the burning of a human-shaped sculpture. The event grew in size and popularity in the 1990s, when it was eventually moved from San Francisco to the Black Rock Desert in Nevada, where it has been held since. During the ’90s, Burning Man attendees began the tradition of erecting large pieces of art during the event, whose name was briefly changed to the Black Rock Arts Festival. The event has grown in size and scope every year, drawing over 70,000 attendees in 2019.

Wish I was at burning man getting all counter cultured out right now
@katyperry, August 27, 2014
Ok so this years burning man film is coming out so good. So excited to get it done and share it with you guys!!
@Jessewelle, September 10, 2017
When tens of thousands of people descend on Nevada’s Black Rock Desert in August for Burning Man, they should expect dust. A windstorm could sweep through the site at any moment, swirling the highly alkaline playa sand into clouds, and shrouding the festival’s temporary city and its attendants under its cloak.
Ilaria Parogni, New York Times, August 1, 2019
SEE MORE EXAMPLES

What are other words used in discussion of Burning Man?

This is not meant to be a formal definition of Burning Man like most terms we define on Dictionary.com, but is rather an informal word summary that hopefully touches upon the key aspects of the meaning and usage of Burning Man that will help our users expand their word mastery.