What is World AIDS Day?

World AIDS Day is an annual event dedicated to promoting the effort to eradicate HIV and AIDS, to supporting the tens of millions of people living with the disease, and to remembering, celebrating, and mourning the more than 35 million people who have died as a result of the AIDS epidemic.

The history of the AIDS epidemic has involved widespread stigmatizing of the disease and those who have it, especially of those that it disproportionately affects, including gay and bisexual men. Part of the focus of World AIDS Day is identifying and eliminating such stigmas.

The day also often involves educational campaigns meant to raise awareness around advances in treatment and the best ways to avoid contracting or transmitting HIV, including frequent testing.

World Aids Day is the first day of the related event known as HIV/AIDS Awareness Month, which is observed during December.

Red ribbons are commonly used as a symbol of HIV/AIDS awareness, remembrance of those who have died, and support for those living with the virus. They are commonly worn and displayed during World AIDS Day and HIV/AIDS Awareness Month.

World AIDS Day is observed each year on December 1.

Where does World AIDS Day come from? 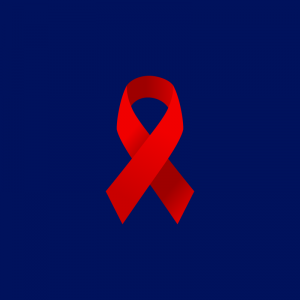 World AIDS Day was established in 1988 by James Bunn and Thomas Netter as part of their work for the World Health Organization. The December 1 date is thought to have been chosen due to being suitable for media attention in the period following the end of the 1988 U.S. presidential election.

The campaign was taken over by the United Nations in 1996. The day is one of the longest-running and most widely observed events devoted to public health.

Returned to speak to the current Year 13 pupils @tauntonschool. In the run up to World AIDS Day on 1st December it was a great opportunity to share my experience as a long term survivor to educate young people about HIV. Excellent questions asked and lots of information shared.
@emmacolehiv, November 11, 2021
Come and join us at Leeds Civic Hall at 6pm on Thursday 2nd December for our #WorldAIDSDay event. Let's celebrate how far HIV/AIDS care and treatment has come. Also lets celebrate the lives and remember those lost in the 40 years since the first AIDS diagnosis
@BHALeedsSkyline, November 11, 2021
On World Aids Day last year, following the findings of the independent HIV Commission, the chancellor confirmed this government’s commitment to end new transmissions of HIV by 2030.
Norman Fowler, Financial Times, October 25, 2021
SEE MORE EXAMPLES

What is the difference between HIV vs. AIDS?

HIV (an abbreviation of human immunodeficiency virus) is a retrovirus that causes AIDS (it is sometimes known as the AIDS virus). AIDS stands for Acquired Immunodeficiency Syndrome. It’s an immune system disease characterized by increased susceptibility to infections. The virus is primarily transmitted through blood or blood products that enter the body’s bloodstream.

Modern treatment has greatly reduced the health impact on many people living with HIV or AIDs. Such treatment is often also very effective at preventing transmission of the virus.

This is not meant to be a formal definition of World AIDS Day like most terms we define on Dictionary.com, but is rather an informal word summary that hopefully touches upon the key aspects of the meaning and usage of World AIDS Day that will help our users expand their word mastery.