Feedback
Previous Are Scrabble Tile Values In Need Of An Overhaul? Next How Do You Say "Basketball" In Latin?

A motley combination of Anglo-Saxon, Latin, and Germanic dialects, the English language (more or less as we know it) coalesced between the 9th and 13th centuries. Since then, it has continued to import and borrow words and expressions from around the world, and the meanings have mutated. Some specimens in the English vocabulary have followed unusually circuitous routes to their place in the contemporary lexicon, and this series, Lexical Investigations, unpacks those words hiding in our midst. 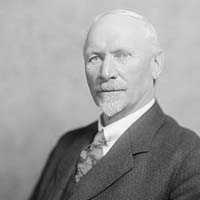 From holistic food stores to holistic education, it seems there is a holistic approach to just about everything in today’s culture. Holism was term coined in 1926 by General Jan Smuts, a South African military leader, politician, and philosopher. Smuts was the architect of the League of Nations and wrote the preamble to the United Nations Charter. In his book Holism and Evolution, Smuts defined holism as “the tendency in nature to form wholes that are greater than the sum of the parts through creative evolution.” He derived the term from the Greek word holos, meaning “wholes.” Though Smuts’s theory was more nuanced, holism came to be used more generally to describe anything that focuses on whole systems rather than their parts. The 1960s saw the rise of holistic medicine, an approach that emphasizes treating the whole human being rather than a particular part of the body. Today we use holistic most often to refer to treatments considered outside the mainstream, and those including nutrition.

“Holism as an active creative process means the movements of the universe towards ever more and deeper wholeness.”

“There seems to be no advantage to the continuation of separate faculties for pediatrics and hygiene in this era of emphasis on holistic medicine.”

“MDs who believe in the holistic philosophy, says Shealy, are more apt to be interested in new and alternative approaches than are traditional physicians.”

Previous Are Scrabble Tile Values In Need Of An Overhaul? Next How Do You Say "Basketball" In Latin?
RELATED POSTS