Previous English Words That Came From Hindi And Urdu Next "Grande," "Venti," And "Trenta": What Do The Starbucks Sizes Literally Mean?

During the US presidential election, the votes aren’t always split between two candidates: independent party candidates appear on the ballot as well. Presidential candidate Gary Johnson, a Libertarian, won 4.5 million votes in 2016, for example.

But what would it actually take for one of these candidates to be elected as the next president of the United States? Does a presidential candidate simply need the plurality of the votes to win or does the candidate need a majority of all of the votes cast in order to win?

What does majority mean?

Majority is a noun that in general means “the greater part or number; the number larger than half the total.” However, in terms of voting and elections, majority is defined as “a number of voters or votes, jurors, or others in agreement, constituting more than half of the total number.” It also refers to the party or group with the majority vote.

For example: Eleanor was thrilled to win the majority of votes for class president and couldn’t believe 76% of students supported her.

In order to win the majority, the number of votes needs to be more than half or 50%.

Majority originates from the Medieval Latin word majōritās and dates back to 1545–55.

What does plurality mean?

Plurality is a noun that, like majority, can mean more than half of the whole. However when it comes to voting, plurality refers to “the excess of votes received by the leading candidate, in an election in which there are three or more candidates, over those received by the next candidate.” This means that someone who wins the plurality of votes received more than any of the other candidates but not necessarily the majority.

For example, Gabriel won the plurality for school vice president with 40 percent of votes while Kiara came in with 35 percent and Carl with 25 percent. If Gabriel had received 54%, he would have received both the majority and plurality. Starting to see the difference?

Plurality‘s fist recorded use dates back to 1325–75. It originated from the Middle English pluralite via French and the Latin term plūrālitās.

WATCH: How Do You Pronounce The Word "Candidate"?

How to use each

Majority and plurality voting are two legitimate types of elections under a democracy. In the United States legislative elections, candidates generally only need a plurality and not majority to win (but not always—we see you, Georgia, Louisiana).

A presidential candidate then needs an absolute majority of at least 270 votes (out of 538) from the Electoral College to be named the next president of the United States. This means that someone can lose the presidential election despite having the majority of popular votes, which are the votes cast by qualified voters in the U.S.

Now that you know how voting should work, brush up on more election terminology here!

And it never hurts to remind ourselves how we get our candidates in the first place. So, do you know the difference between a caucus and a primary, or a delegate and a superdelegate?

Previous English Words That Came From Hindi And Urdu Next "Grande," "Venti," And "Trenta": What Do The Starbucks Sizes Literally Mean?
RELATED POSTS 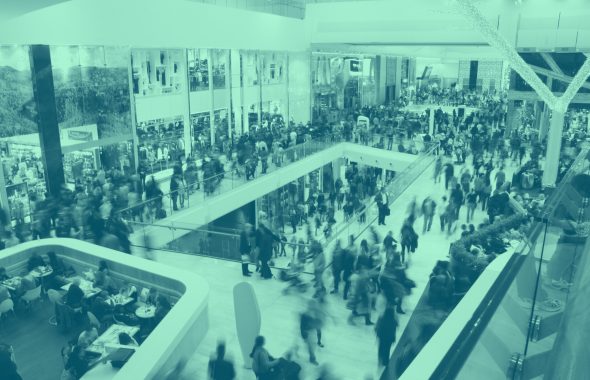 Home / Word Facts / Mixed-up Meanings / “Majority” vs. “Plurality”: What Their Differences Mean For This Election