What does free shavacado mean?

Free shavacado is a meme that spread after an internet user recorded a poorly crafted sign advertising fresh avocado at a Del Taco fast-food restaurant, which led to this humorous pronunciation.

Where does free shavacado come from? 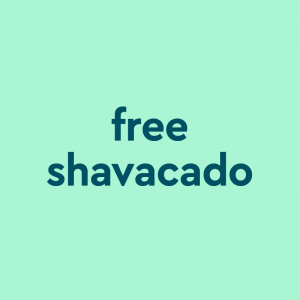 In February 2016, user Gasoleen of the defunct social media site Vine posted a video of a sign at a Del Taco restaurant that had meant to read fresh avocado. But due to some unfortunate spacing, it looked like fre shavocado, which Gasoleen read as free shavacado, stress on –vac–  and –do sounding like the verb do. The video, whose caption read “new item at Del Taco Restaurants guys!! Get yourself some #FRESHAVOCADO before they sell out!!!”, garnered about 16 million loops and 165,000 likes.

Shortly after the original Vine was posted, people began remixing the video’s audio with popular songs. One of the first and most viral was created by Vine user stopjake, which remixed the audio with Ellie Goulding’s 2015 pop song “Love Me Like You Do.” It generated 2.5 million loops and 83,000 likes.

welcome to del taco where we have free shavacado
@SARAHWlLDER, January 11, 2017
just got in trouble on the quiet car for accidentally playing the FREE SHAVACADO vine at full blast
@rachelmillman, December 29, 2017
im the free shavacado vine because I make too many spelling mistakes in my tweets
@tomnooksfatass, August 23, 2020
SEE MORE EXAMPLES

Most uses of free shavacado are found on social media and in reference to the original Vine. Posts include new videos using the original audio, discuss how funny or annoying the meme is, and sometimes bemoan the inability to now see the phrase fresh avocado without thinking about free shavacado.

Working on a project that involves carving and painting crayons 🥑 #FreshAvocado #vines pic.twitter.com/K9KvSe9XgR

This is not meant to be a formal definition of free shavacado like most terms we define on Dictionary.com, but is rather an informal word summary that hopefully touches upon the key aspects of the meaning and usage of free shavacado that will help our users expand their word mastery.