What does hello darkness, my old friend mean?

Hello darkness, my old friend is a meme used to humorously express despair or existential angst. It is often used as an image caption or as a musical snippet played over a video.

woe is me, 🆘 Squared SOS emoji, forever alone, the struggle is real

Where does hello darkness, my old friend come from? 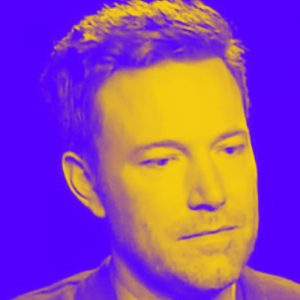 Hello darkness, my old friend is the first line of Simon and Garfunkel’s hit 1964 song, “The Sounds of Silence.” Paul Simon later described the song’s melancholy lyrics as stemming from “youthful alienation.” A remixed version of the song—the version usually heard on TV, movies, and radio today—rose to the top of the Billboard charts in November 1965.

“The Sounds of Silence” was used throughout the soundtrack of the 1967 movie The Graduate, most notably in the final scene, underpinning the protagonist Ben’s (Dustin Hoffman) slow-dawning realization his of emotional emptiness.

In its fourth season, the sitcom Arrested Development riffed on The Graduate’s use of “The Sounds of Silence.” On the show, the first line or two of the song, including its signature hello darkness, my old friend, frequently played as the character Gob Bluth (and occasionally characters) faced harrowing realizations or moments of despair. Google search interest for the phrase hello darkness, spiked around the same time the first of these episodes aired, in May 2013.

In 2014, a YouTube video surfaced dubbing a distraught Brazilian fan at the World Cup with the opening lines of “the Sounds of Silence.” Similar videos followed.

In February 2015, users on the online message board site Reddit founded a community, called r/soundofsilence, to post those videos. The subreddit’s rules state “Submissions should follow despair of a typical character but displayed in a comical value.” There is another, smaller subreddit dedicated to this theme, r/hellodarkness.

One such video, called “Sad Affleck,” dubbed the first verse of “The Sounds of Silence” over a forlorn-looking Ben Affleck, silent in a March 2016 interview, alongside Henry Cavill, co-star of Batman V Superman, which critics panned. Affleck himself responded to the video. Asked in a January 2017 BBC interview if he learned anything from Batman v Superman, Affleck said he learned “not to do interviews with Henry Cavill where I don’t say anything so they can play Simon and Garfunkel tracks over it.”

Around the same time, the heavy metal band Disturbed performed a cover of “the Sounds of Silence” on the late-night talk show, Conan. About a week later, the cover reached the number three spot on the Hot Rock Songs Chart, at the same time that the original was at number six. Paul Simon even reached out to Disturbed singer David Draiman, telling Draiman his performance on Conan was “powerful.”

Whether because of Disturbed, Sad Affleck, or both, search interest for hello darkness peaked April 2016.

Although the lyric is quite melancholy, hello darkness, my old friend is often used to make melodramatic light of an upsetting but not tragic situation, like a sports loss or breakup.