What does herp derp mean?

Herp derp is an internet expression and character from rage comics. People use it, or its accompanying rage face, to point out a stupid or ignorant remark or behavior.

It came in part from the slang derp.

Where does herp derp come from? 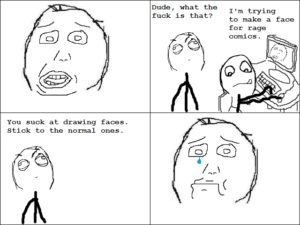 Derp grew out of South Park in the early 2000s, and herp derp made it derpier. Part of rage comics, or crudely drawn web comics depicting various emotions, the herp derp face and expression was born as a reaction to something considered stupid or contemptible. The herp in herp derp is rhyming reduplication. 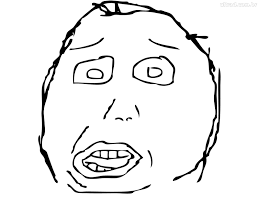 The original herp derp comic appeared on Reddit in 2010. It showed someone attempting to make a new rage comics face but criticized the face as poorly drawn. The phrase harp darp was created a few months later when a person imposed the herp derp face over an apparent likeness: some bird droppings. 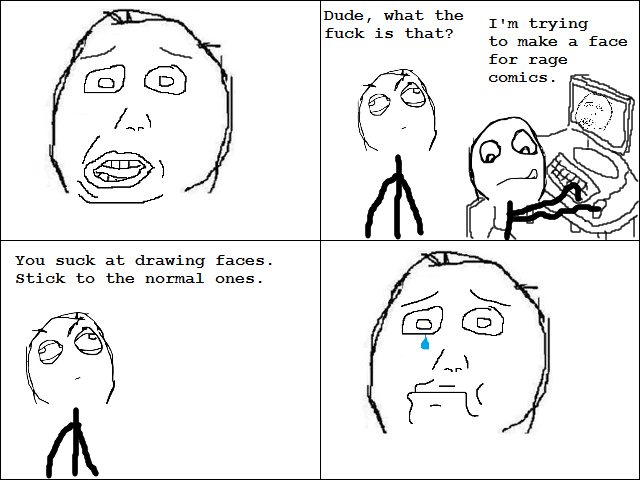 2011 saw the launch of harpdarp.com, a website whose only content is the herp derp face. That was the same year herp derp earned its entry into Urban Dictionary.

In 2014, a YouTuber, schmoyoho, released a song, “Herp de Derp,” about a romantically awkward woman.

My GF is in PR and is raging about how stupid Bitfi is on the phone right now. "Oh it was just a marketing stunt. All PR is good PR!" herpderp!
@dostoevskylabs, August 2018
If you are into Internet lingo, you've seen an overuse of "herp derp" or "derp" to address Internet faux pas everywhere. It may seem like a quirky phrase that simplifies saying, "That made no sense," or "What are you even talking about?" But even before its inception as an Internet meme, it has been consistently used to mock people with intellectual disabilities.
Katie Dupere, Mashable, June 2015 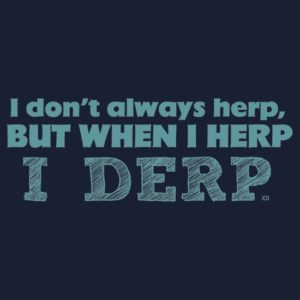 Although it technically began as harp darp, its variant, herp derp, has become more common. The phrase, the face, or both can be employed if someone—or oneself—is acting or saying something seen as dumb, absent-minded, or clumsy (e.g., Welp, herp derp, you didn’t put any money in the parking meter, so there’s your ticket.).

Go to grab coffee and nearly get hit three times. By people who don't know how to yield or stop. My favorite part is getting a green arrow and still having the car on the other side go herp derp I can go as well!!! #coffee

Herp derp captions image macros online, often when people’s faces are seen as looking stupid or ugly. This application, and others, has received pushback for mocking people who are differently-abled.

This is not meant to be a formal definition of herp derp like most terms we define on Dictionary.com, but is rather an informal word summary that hopefully touches upon the key aspects of the meaning and usage of herp derp that will help our users expand their word mastery.