Everything After Z by Dictionary.com
Previous Word: democracy
Next Word: drain the swamp

Using the "you're all criminals who hate Law Enforcement!" dog whistle for years has backfired quite nicely. #KendrickJohnson

@satisfied_rap, July, 2018
When you’ve been playing dog-whistle racial politics, don’t be surprised when someone with a fully racist bullhorn walks in to find a warmed-up audience.
Manuel Pastor, Newsweek, July, 2018 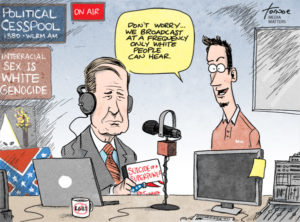 Where does dog whistle come from? 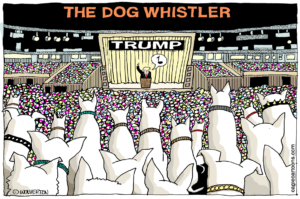 The term dog whistle, as a device used for calling dogs and other animals with sensitive hearing, is from the early 1800s.

Dog whistle saw political use as early as the 1940s when a speech by Franklin Delano Roosevelt was likened to a dog whistle, which meant it was understandable by some but not others.

The contemporary sense of dog whistle, however, is firmly established in 1995 when a Canadian newspaper described language like “special interest” as a “dog-whistle that those fed up with feminists, minorities, the undeserving poor hear loud and clear.” 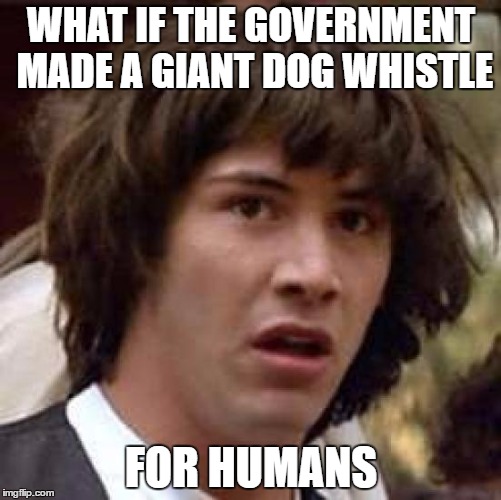 Dog whistle spread in the Australian, UK, and American political press during the 1990s. A phrase, like welfare reform and inner cities, were seen by some observers as a conservative dog whistle to certain white voters to stir up ungrounded fears of black people abusing social support and living lives of drug and crime. 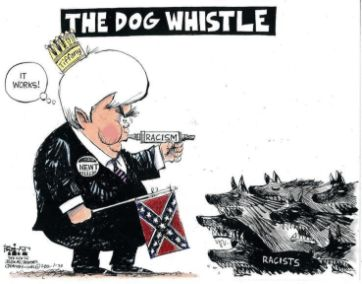 Dog-whistle politics further expanded in the 2000s, especially used to describe presidential campaigns. During his 2004 reelection bid, for example, President George W. Bush was accused of dog-whistling when discussing a historic Supreme Court decision that was overturned. The average voter, it’s said, picked up nothing controversial in the remarks, but the Christian conservative heard the hint that Bush was willing to nominate a justice willing to overturn Roe V. Wade.

Dog whistle gained new prominence during Donald Trump’s 2016 presidential campaign. Many critics heard in his choruses of law and order, Make America Great Again, and American First as dog whistles: packaging in general, nice-seeming slogans that subliminally suggest a vision for a country where white, Christian males are in power once more. 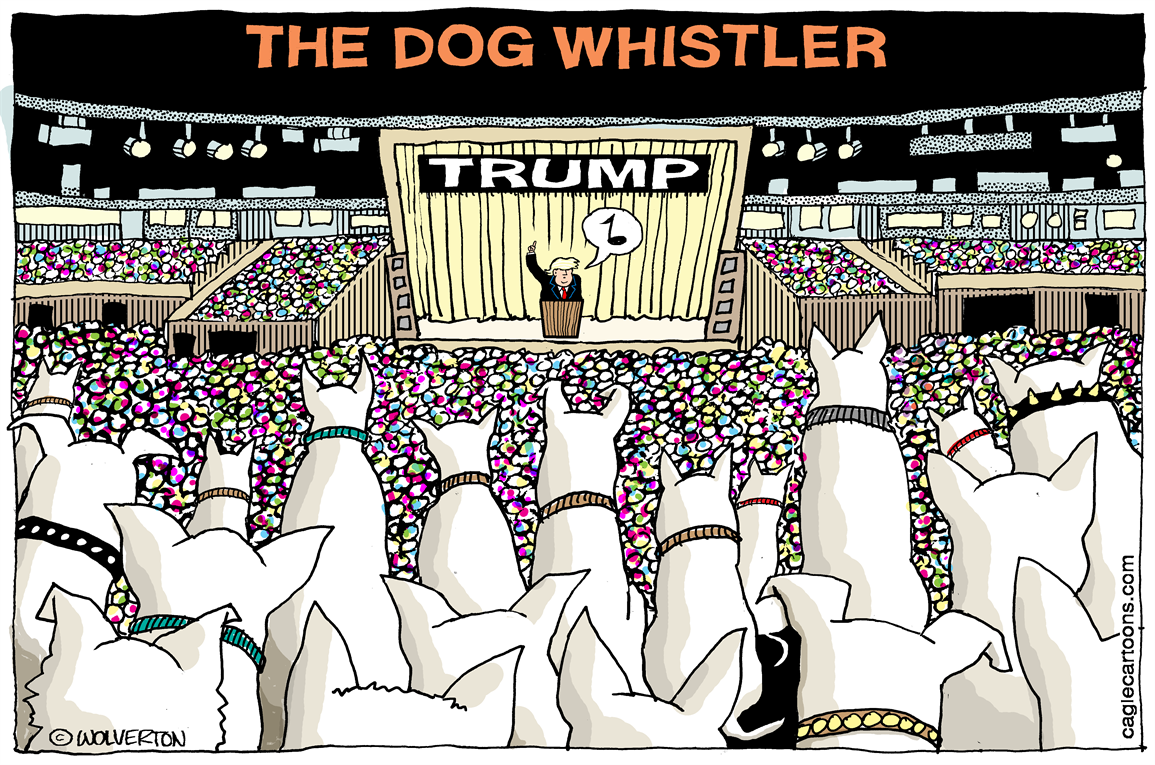 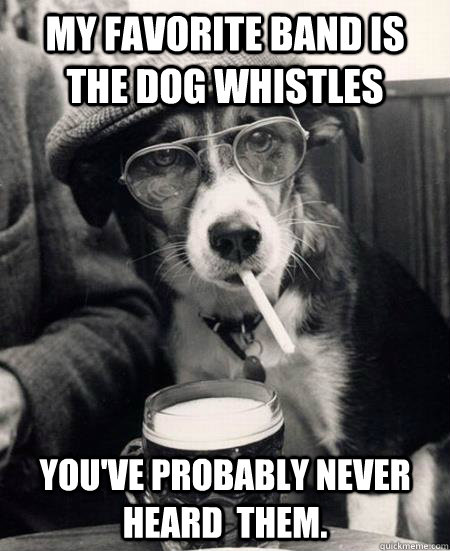 When language is charged as a political dog whistle, it is usually in an attempt to reveal the candidate’s unspoken agenda, expose their lack of honesty, and call out tactics like race-baiting or anti-Semitism.

For pro-EU campaigners this should serve as another warning: Brexiters continue to operate using *exactly* the same dog whistle tactics in relation to EU citizens / immigrants as in 2016. The same lies. Two years have been wasted by failing to change views to counter that. 4/