Everything After Z by Dictionary.com
Previous Word: manifest destiny
Next Word: Medicare for All

Pay attention to this language. This is the kind of language that has preceded the abolition of the right to protest in other countries, as well as calls for martial law in the name of national security.
@leahmcelrath, June, 2018
The office of a government-appointed board that compensated victims of human rights abuses in the Philippines during 1972-81 martial law closed permanently at 5 pm on May 11.
Melo Acuna, La Croix International, June, 2018
Yet grim as that sounds, Trump's "solution" is even more extreme. What he wants is to impose martial law. He would deport any illegal border crosser, even a mother and child fleeing the MS-13 butchery he constantly rails about, without so much as a hearing.
Editorial Board, The Star-Ledger, June, 2018

Where does martial law come from? 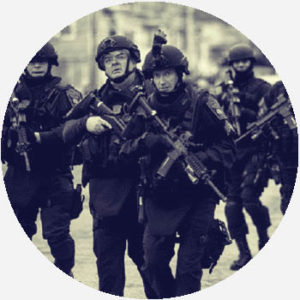 The phrase martial law dates back to the 1530s, with the adjective martial meaning “pertaining to the military” and ultimately taken from Mars, the Roman god of war.

The exercise of martial law generally occurs in one of two situations: 1) an invading force imposes itself on an occupied territory or 2) a civil authority transfers power over to the military to control a domestic situation.

Many ancient powers, including the Mongolian marauders and Alexander the Great, effectively ruled under martial law in their conquered territories. In more recent history, the American South was put under martial law by the Union army in the aftermath of the Civil War and on the Hawaiian Islands after Pearl Harbor. In contemporary times, countries like Syria and Egypt have intermittently ceded to martial law during civil unrest. 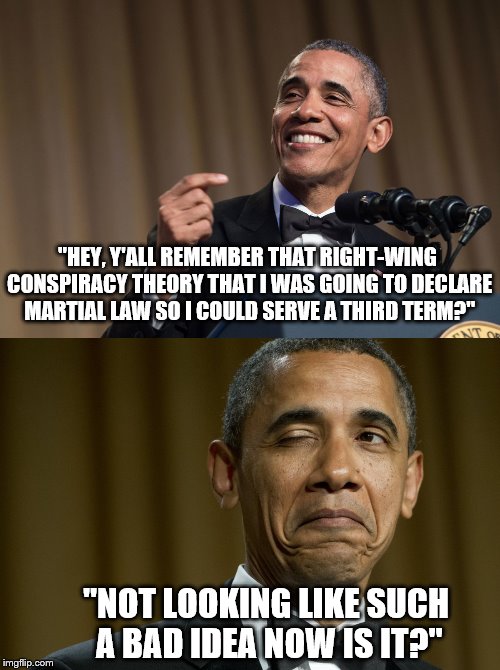 The phrase and concept is especially associated with states of emergency, when civil leaders respond to dangerous circumstances, such as during natural disasters, violent protests, acts of terrorism, and coups d’état. When they are declared, states of emergency unusually give the military expanded powers of authority and many sometimes implement temporary martial law.

During the 2000–10s in countries including the US and Philippines, the increased militarization of local police forces and concerns over government suspension of the normal rule of law (e.g., as it applies to illegal immigrations or drug users) have led some citizens to fear the imposition of martial law on the citizenry. Here, martial law is associated with tyranny, oppression, and abuse of power. 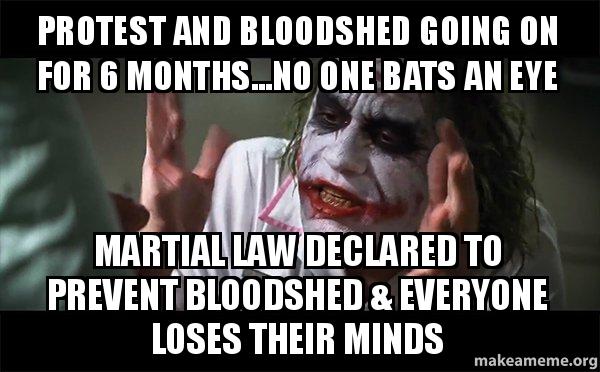 Martial law is also the title of several pieces of media, including the 1998 TV show Martial Law, about a Chinese police officer fighting crime in LA, and Martial Law, a 1991 film starring David Carradine as a cop who practices martial arts. These titles, though, pun on martial as its used in martial arts.

Outside of instances of its imposition, martial law is often warned of during times of high tension and conflict within a country.

Am I tripping @sarahkendzior or does this look like the sort of manufactured crisis that precedes martial law and suspension of elections? #RedHen #MaxineWaters

Countries that have previously experienced martial law, such as the Republic of Ireland, may cite the phrase as a remembrance of past conflict.

Doomsday preppers and their survivalistic ilk sometimes ring alarm bells on martial law and publish guides on how to manage it—though their materials themselves seem like the red flags. 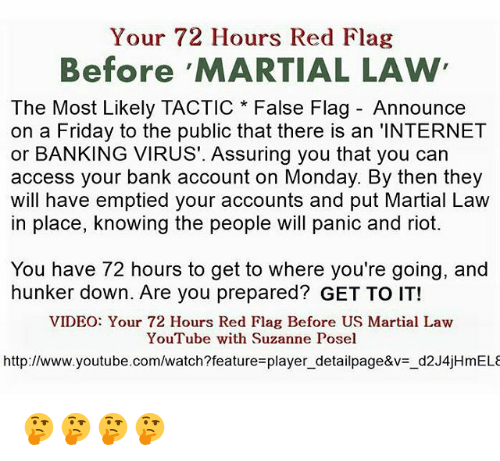 Previous Word: manifest destiny Next Word: Medicare for All