What does Bloods mean?

A blood is also a slang term of address and endearment for a person, especially a young black man.

Where does Bloods come from? 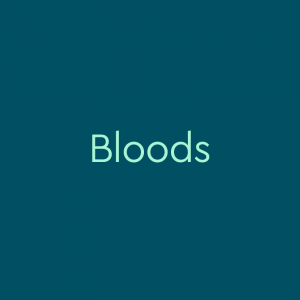 The term Bloods originates from an organized street-gang rivalry in Los Angeles that dates back to the 1970s. Back then, a powerful gang called the Crips dominated the city. They targeted and harassed smaller gangs like the Pirus and Black P. Stones Jungles. Eventually, dozens of smaller gangs in Los Angeles like them formed an alliance to fight back against the Crips, creating what’s known as the Bloods.

Sometimes also called the Original Blood Family, the Bloods gang, with a reputation for its merciless violence and drug-dealing, has expanded throughout the US, forming the East Coast Bloods (or United Blood Nation). Due to the Bloods’s degree of influence, there are many gangs under different names who are still affiliated with the Bloods; they are known as sets. Dozens of these loosely affiliated sets make up the Bloods.

It’s popularly said the name Bloods is an acronym for “Brotherly Love Overcomes Overrides and Destruction.” However, the Bloods, given their origins as a counter-Crip alliance, likely take their name from 1960s slang, blood, short for blood brother, referring to a “fellow (young) black person.”

Bloods also references the signature red color members wear, often featured in do-rags, bandanas, hats (especially professional sports teams with red team colors, like the Cincinnati Reds), and other clothing articles. Red was originally worn to distinguish members of the Bloods from the Crips, who commonly wore blue since the early 1970s. The gang is also associated with a Blood gang sign: spelling out blood with their fingers.

Several prominent rappers and hip-hop artists have been speculatively identified in popular culture as Bloods, such as Lil Wayne and Chris Brown, though actual membership or ties hasn’t been confirmed.

Sup Blood?
@PrinceDollaz_, January, 2018
Where I’m from, there’s a lot of gang culture and things like that, so instead of throwing on up gang signs, which we used to, I put a Blood and I put a Crip together and we’re throwing up hearts.
Kendrick Lamar, radio interview on KAMP, September, 2014
Gangs in Los Angeles don’t fly their colors the way they used to, but the rivalries persist. In the 1980s, members of the two dominant gangs, the Crips and the Bloods, flaunted their affiliation by dressing in blue (Crips) or red (Bloods), even though doing so made them targets. Today, computer databases, gang injunctions and enhanced criminal sanctions for gang-related crime have driven such obvious, outward expressions of gang affiliation underground.
John Buntin, New York Times, July, 2013
SEE MORE EXAMPLES

Fellow gang-members can refer to each other as bloods or a blood, and formal and popular discussions of their activities can be described as Blood (e.g., Blood gang culture).

Blood as a term for a fellow black man also expanded to teenage and campus slang as a term of endearment for a “close friend.” In UK slang, blood can also refer to a family member. This has carried over to US slang as well, as in “she’s my blood.”

This is not meant to be a formal definition of Bloods like most terms we define on Dictionary.com, but is rather an informal word summary that hopefully touches upon the key aspects of the meaning and usage of Bloods that will help our users expand their word mastery.