What does nymphomaniac mean?

A nymphomaniac is a woman, though occasionally a man, with an uncontrollable desire to have lots of sex, especially with different partners. It can be both a positive or pejorative term, depending on context.

Where does nymphomaniac come from? 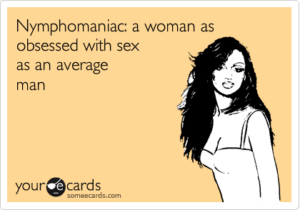 The word nymphomaniac ultimately comes from Greek roots that give us nymph and mania. The Ancient Greek source of nymph meant “young woman” or “bride,” and may be most familiar in the form of beautiful, powerful, sexualized, mythological maidens. Mania literally means “frenzied madness,” seen in words like pyromania or egomania.

Nymphomania is found in the early 1700s, its noun form, nymphomaniac, in the 1820s. In the 18th and 19th centuries, some doctors treated nymphomania as a disease and sent women to hospitals or asylums for horrific surgical treatments. They were mostly perfectly healthy—just, in the full force of double standards, not conforming to the sexual norms of the day.

In his 1955 classic Lolita, Vladimir Nabokov has his adult male protagonist call his 12-year-old obsession, Lolita, a nymphet. As linguist Christen Helper found, the novel helped increase both nymphet and nympho, a shortened from since the 1930s, in the mainstream. As women gradually became more open about their sexuality, they were more often called nymphomaniacs, implying they were sexually promiscuous. Because … again … double standards.

Nymphomania is not a formal disease name. Hypersexuality (sex addiction) is a recognized affliction affecting all genders and sexual orientations, and those affected with it may get called nymphomaniacs in popular culture. 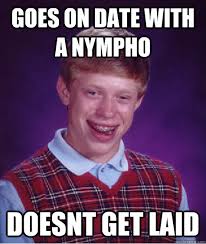 While nymphomaniac is occasionally for men, it is mostly a gendered, when not outright sexist, term for a “female sex addict” or a woman perceived as promiscuous. There is a male equivalent, but it is rare: satyriasis, after the mythic, sexualized satyr.

I'll be getting more sex than that Wisconsin nymphomaniac that used to live upstairs.
Stewie Griffin (Seth McFarlane), Family Guy (TV), 2007
Switch my old bitch for my new bitch / Cause my new bitch something like a nympho
Rick Ross, The Devil is a Lie (song), 2013

As noted, nymphomaniac usually refers to a woman. When women use of it themselves, it is usually sex-positive for a high libido and openness to many sexual partners.

When men use it of women, it can be used in desire, for partner who wants to have frequent sex, or denigration, just like a fancy word for the slur “slut.” 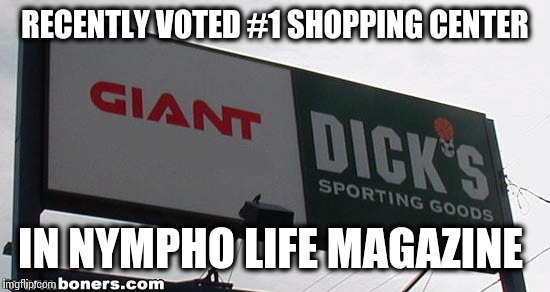 Nymphomaniacs are also, unsurprisingly, common in pornography that bothers to have a story. 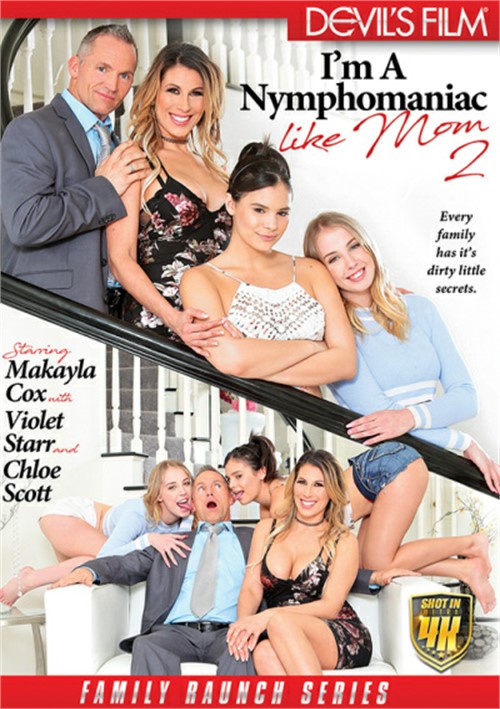 This is not meant to be a formal definition of nymphomaniac like most terms we define on Dictionary.com, but is rather an informal word summary that hopefully touches upon the key aspects of the meaning and usage of nymphomaniac that will help our users expand their word mastery.