Everything After Z by Dictionary.com
Previous Word Parental Advisory
Next Word pay it forward

What does patient zero mean?

Patient zero is a popular medical term referring to the first person infected in an epidemic. Patient zero can also be a metaphor for initial actions that have major downstream consequences.

Post @anyconsec conflu. Awesome. Looks like I'm patient zero for the semester's campus plague.
@NerdProf, August, 2018
Despite the lob's omnipresence, though, barely any credit has been given to its surprising celebrity patient zero: Justin Bieber, who served up a casual reminder of influence over the weekend by stepping out in Beverly Hills with his fiancée, Hailey Baldwin, and taking his own lob to the next level: tying it back into a simple ponytail.
Stephanie Eckardt, W, August, 2018 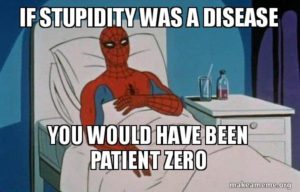 Where does patient zero come from? 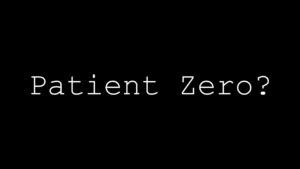 The expression patient zero comes from epidemiology, or “the study of the spread of disease.” In the 1980s, researchers worked to determine why gay men in Los Angeles were dying of a mysterious disease, later identified as HIV/AIDS. Behavioral scientist William Darrow at the Centers for Disease Control and Prevention (CDC) interviewed some of the infected men and noted that many had slept with the same Canadian flight attendant, Gaëtan Dugas.

In publishing his findings in 1984, Darrow labelled Dugas, an out-of-town subject, Patient O (letter O) for “outside of California,” and concluded Dugas was at the center of the HIV/AIDS outbreak in LA. A researcher, apparently, mistook Patient O for Patient Zero (0). In 1987, reporter Randy Shilts told the story of the AIDS epidemic in his influential book, And the Band Played On, referring to Dugas as patient zero based what he was told by that researcher. This helped spread patient zero into the mainstream.

It was later determined that Dugas was not, in fact, the person—the patient zero—who started the AIDS outbreak in LA. It had started in New York City in the 1970s. But the expression patient zero stuck, replacing the synonymous index patient (or index case), recorded in the early 1900s in many medical contexts.

Patient zero quickly entered the popular lexicon. By the 1990s, it was already being used to describe imaginary scenarios like, say, the first person infected in a zombie apocalypse, taken more generally to mean the origin of a fast-spreading epidemic.

Patient zero is used in medical contexts to describe the first person identified as being infected with a disease. This information is useful to scientists, because once a patient zero is identified, they can understand better how disease is spreading and work toward a cure.

While epidemiology is serious stuff, people sometimes joke about being patient zero after getting sick or infected.

BREAKING NEWS: Adelaida Elizabeth patient zero in rabies spread in Westeros.
Edd: Fine. Like we didn't have enough to deal with.

Patient zero is also used as a metaphor for the point of origin for an infectious idea or movement.

In 2018, the film Patient Zero was released. It features a global pandemic that makes people extremely but also intelligent—and a search for patient zero to find a cure.

This is not meant to be a formal definition of patient zero like most terms we define on Dictionary.com, but is rather an informal word summary that hopefully touches upon the key aspects of the meaning and usage of patient zero that will help our users expand their word mastery.