What does Pogs mean?

’90s kids will remember Pogs as those collectible cardboard bottle caps kids played with during recess back in the day. Both the disks themselves and the game as a whole are called Pogs.

Where does Pogs come from? 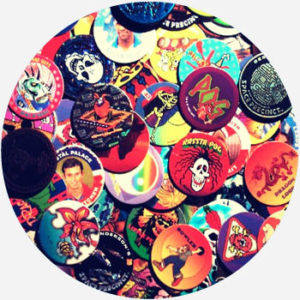 Although Pogs are commonly associated with the ’90s, the game may have its origins hundreds of years ago in Japan. Menko is a Japanese game where players try to flip over their opponent’s cards. The game found its way to Hawaii in the 1800s.

In the early 20th century, Hawaiian kids played a Menko-like game where you stack cardboard inserts from milk bottle caps and try to flip them over by throwing another cap at them. The players got to keep any cap successfully flipped.

One Hawaiian dairy, Haleakala Dairy, used the caps as promo items, even after they stopped using them on milk bottles. Haleakala Dairy also produced a passion fruit, orange, guava juice blend, abbreviated as POG, starting in the 1970s. The bottle caps featured the POG logo on them. 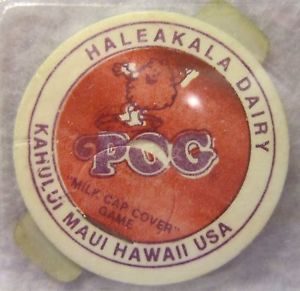 Around 1990, cool teacher Blossom Galbiso is credited with introducing the game to her elementary-school students using Haleakala caps. The kids took to calling the caps Pogs and the game Pog or Pogs. The term Pogs is recorded by 1993, though the name was subject to some intense trademark disputes in the 1990s, with toy makers and players alike generically calling them pogs.

The game quickly spread to the mainland and became a massive fad—even becoming banned in some schools due to the distracting hell-scape they created—kids gambling their Pogs and slammers causing injuries.

By 1993, printers were making collectible Pogs with different designs, including such touchstones of 1990s pop culture as the Power Rangers, The Simpsons, and even the OJ Simpson Trial … Particularly prized were slammers, heavier disks used in the game to flip the cardboard pieces and often sold in limited editions. Vendors offered special tubes for kids to store their Pogs in and kids often traded their Pogs.

People are swapping out Kanye West for Donald Glover like interchangeable pogs. POC, gotta catch 'em all!
@dizzyizback, May, 2018

Seriously, people need to find better shit to obsess over. Like pogs, or puppies, or velvet paint by numbers Elvis shit. Something much less angry.

@Vyxri, May, 2018
Nickelodeon is sure that you — as a Pog-loving, Tamagotchi-playing, Dunkaroos-eating, Surge-drinking child of the 1990s — are going to love the Legends of the Hidden Temple, Rocko’s Modern Life, and Hey Arnold! TV movies.
Josh Kurp, Uproxx, April, 2017
SEE MORE EXAMPLES

The Pog trend eventually lost steam. Although a game company attempted a Pog revival in 2005, Pogs are most often brought up in the context of 1990s nostalgia, as a throwback reference to fads in general, or to earn a few bucks on eBay. 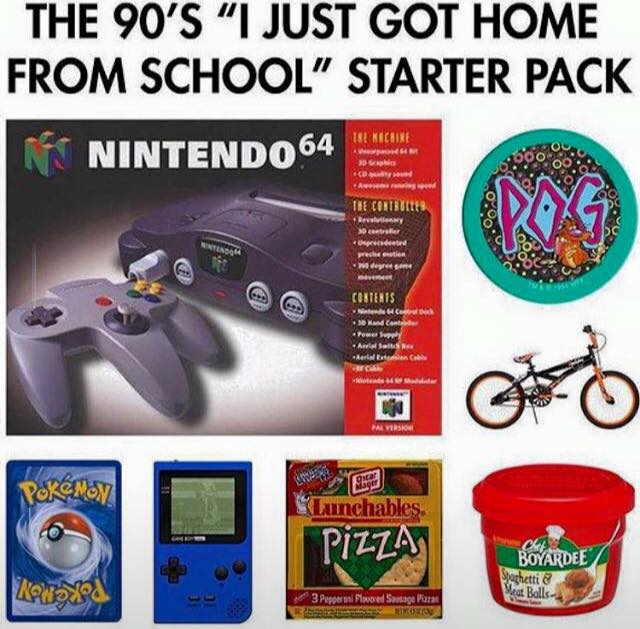 This is not meant to be a formal definition of Pogs like most terms we define on Dictionary.com, but is rather an informal word summary that hopefully touches upon the key aspects of the meaning and usage of Pogs that will help our users expand their word mastery.