PogChamp is an emote (a small image in a chat or animation in a video game that conveys an action, reaction, or emotion) on the video game livestreaming platform Twitch. It features the face of the professional gamer Ryan Gutierrez and, before its removal, was used to express such feelings as shock, surprise, or excitement.

On January 6, 2021, Twitch decided to permanently remove PogChamp from its chats following controversial tweets from Gutierrez regarding the mob of Trump supporters who stormed the United States Capitol during the certification of the election of President-elect Joe Biden.

The shocking events on January 6 sent searches for sedition soaring 📈 on Dictionary.com. Words are important: learn what sedition means, exactly, and how it differs from an insurrection and a coup in our explainer on the word sedition.

Where does PogChamp come from? 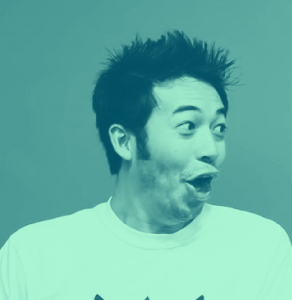 The chat feature on Twitch uses small images called emotes, which are similar to emoji or emoticons. These include illustrated faces as well as images of faces of Twitch software developers and notable streamers. Users can simply type the name of the desired emote into the chat bar and the program will display the image. 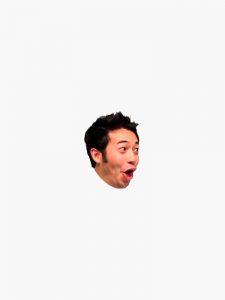 The name PogChamp comes from another video, uploaded in 2011, featuring Gutierrez and Ross. In a promo video, called “Pogs Championship,” for a MadCatz-brand joystick, the two play Pogs, the disk-flipping game popular in the 1990s. In the end, Gutierrez wins by dropping the joystick on the stack of Pogs, becoming the Pog champion.

By 2012, Twitch added the image of the surprised Gutierrez from the outtake video to its list of global emotes (available to all users), under the name PogChamp. PogChamp since became one of the site’s most popular emotes. Gutierrez himself has capitalized on the image’s popularity, selling a t-shirt with the image in an Andy Warhol-esque style.

But on January 6, 2021, Twitch announced it was removing the PogChamp emote from its site. According to Twitch, the decision was made following tweets posted by Ryan Gutierrez that it concluded promoted violence following the storming of the U.S. Capitol by Trump supporters that day.

We've made the decision to remove the PogChamp emote following statements from the face of the emote encouraging further violence after what took place in the Capitol today.

Will there be civil unrest for the woman who was executed inside the Capitol today or will the #MAGAMartyr die in vain?

Warning: this is graphic, but it’s important for everyone to see this video because we don’t know how it will try to be spun or suppressed and she gave her life for our country. 🇺🇸

Pogchamp, one of gaming culture’s most prominent faces, has been removed from livestreaming service Twitch, the company announced.
Patricia Hernandez, Polygon, January 6, 2021
StarCraft 3?! Woah! PogChamp!
Bovinity Divinity, MMO-Champion, June 25, 2016
He heavily favors Twitch chat, so if you don’t enjoy hearing memes or know what a ‘pogchamp’ is, he might be best to avoid.
Steven Asarch, International Business Times, August 30, 2016
PogChamp’ is the only response I can think of.
Julia Lee, SB Nation, March 16, 2017
SEE MORE EXAMPLES

PogChamp is closely associated with gaming culture and with Twitch users specifically. According to a Twitch video on the history of the emote, PogChamp became “a universal symbol of hype and excitement” for its gamers, frequently used as a reaction to some content or development in a game they are watching.

Linguist Gretchen McCullough noted that emotes like PogChamp fulfill a “need of social bonding and social cohesiveness.” Twitch streamer Brian Ericson similarly pointed out that an emote can be used as “an inside joke.” In that vein, some users employed the image or even the word PogChamp outside of Twitch chats to express the sentiment of extreme surprise.

While some Twitch users and others familiar with the PogChamp were upset by the removal of the emote, others welcomed the decision. Twitch stated it was working with its community for a replacement, and many people online offered their own suggestions.

This is not meant to be a formal definition of PogChamp like most terms we define on Dictionary.com, but is rather an informal word summary that hopefully touches upon the key aspects of the meaning and usage of PogChamp that will help our users expand their word mastery.