What does Kappa mean?

Kappa is the name of

, an emote used in chats on the streaming video platform Twitch. It is often used to convey sarcasm or irony or to troll people online.

Where does Kappa come from? 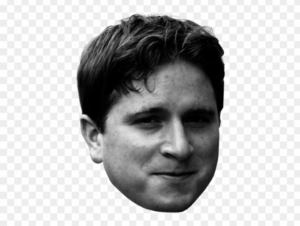 Justin.tv was an early video streaming website that started in 2007. It featured a number of channels dedicated to various types of videos. The channel dedicated to gaming, Twitch, was so popular that it became its own site, Twitch.tv, in 2011.

In 2009, engineer Josh DeSeno was hired to work on Twitch’s chat client. It was a common tradition at the time for Justin.tv employees to sneak in emotes (special emoticon- or emoji-like characters) based on themselves. DeSeno was no exception, and created an emote based on a grayscaled version of his face from his employee ID. 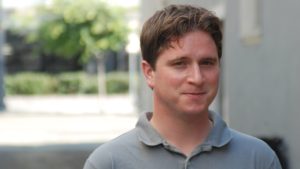 DeSeno has explained that he was a huge fan of Japanese mythology and named his emote Kappa, after the turtle-like, Japanese water spirit of the same name. Almost immediately after it was discovered, Twitch users quickly began using Kappa in almost the exact same, sarcastic manner as the Troll Face meme that also became popular in 2009, i.e., to joke around in chats online or, more meanly, troll them.

Although he isn’t sure why his Kappa emote became so popular, DeSeno theorizes it was either due to the apparent smugness of his “feigned smile,” as he put it, or because Kappa was one of the shortest names at the time (i.e., it’s easy to type Kappa). Kappa‘s popularity was directly tied to Twitch’s. As Twitch steadily gained in popularity in the early 2010s, so, too, did Kappa. Kappa started appearing on Twitter (in the text-based form #Kappa) in 2011 thanks to Twitch users and Twitch’s own account.

WOOT im almost ready to start casting on Twitch for realzies now :D now i can join the TwitchTV Elite of Broadcasters #Kappa

By 2014, Kappa got a Twitch-related Urban Dictionary definition. In 2015, Kappa was being used on Twitch an average of 1 million times per day on average.

In 2014, Justin.tv was shut down by its parent company to shift the focus entirely to its more popular “son,” Twitch.tv. However, the Kappa emote has remained incredibly popular among Twitch users, even though Josh DeSeno has since left the company.

Roses are red. / Kappa is grey. / Give us your best Twitch Poem / For #NationalPoetryDay ----
@Twitch, September 2017
The particular photo in question is the Kappa emote (Twitch’s version of emoticon), an icon used by players on the streaming platform to express sarcasm or irony, which is now used over one million times everyday.
Adam Starkey, Metro, December 2017 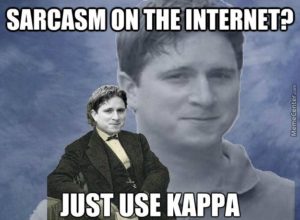 Kappa is widely used on Twitch in chats to signal you are being sarcastic or ironic, are trolling, or otherwise playing around with someone. It is usually typed at the end of a string of text, but, as can often the case on Twitch, it is also often used on its own or repeatedly (to spam someone). 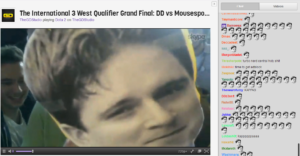 Outside of Twitch, the word Kappa is used in place of the emote, also for sarcasm or spamming. The Kappa face appears on a wide array of merchandise, and in homage to it, many variations of it have been made.

This is not meant to be a formal definition of Kappa like most terms we define on Dictionary.com, but is rather an informal word summary that hopefully touches upon the key aspects of the meaning and usage of Kappa that will help our users expand their word mastery.