What does HTC emoji mean?

Big tech companies like Apple, Google, and Twitter make their own emoji designs—and for a short period in the mid-2010s, so did the smartphone-maker HTC used its own distinct HTC emoji.

Where does HTC emoji come from? 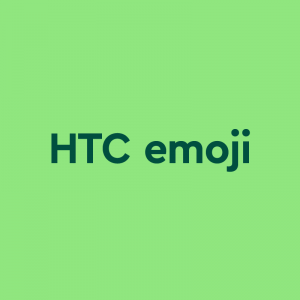 An organization called the Unicode Consortium maintains the standards for emoji, but various major tech companies (e.g., Apple, Samsung, Twitter, Facebook, WhatsApp) can customize the design, within parameters, for how their emoji displays on their devices or applications.

In 2015, the Taiwanese smartphone maker HTC, which produces devices that run on Google’s Android operating system, decided to get in on the emoji game. The HTC One M9 phone came with the Sense 7 operating system pre-loaded, containing a whole fleet of HTC emoji. The HTC emoji, officially released on March 31, 2015, had a simple, flat-color, 2-D look. There were 871 emoji in the first version, as many emoji as there were in use then.

But the HTC emoji experiment was short-lived. The next version of the operating system, Sense 8, released on April 12, 2016, contained only 76 of its own emoji—just the yellow-faced smileys. Some emoji appeared using the Noto Color Emoji font from Google, while others were unsupported altogether.

HTC apparently decided it wasn’t worth their time and effort to develop their own emoji designs for all of the new releases (it is indeed an expensive and amajor undertaking), preferring to piggyback off of Google instead.

Anger 🐞💢 The centipede emoji is a caterpillar on the HTC emoji library
@wowowosh, March 1, 2015
HTC will soon enact @WuTangClan's business model. They'll sell 1 phone for $1 million, and only that phone will have the new HTC emoji set.
@FakeUnicode, August 8, 2017
Using Emojipedia to compare Google’s design to that of Apple, Samsung, Microsoft, and even the old LG and HTC emoji sets shows that pretty much everyone else gets [the Hamburger emoji 🍔] right, or at least a bit more right with the cheese sitting on top of the patty or lettuce.
Ben Schoon, 9to5Google, October 30, 2017
SEE MORE EXAMPLES

Perhaps there’s another likely HTC abandoned their emoji project: users may have found them confusing, especially because they didn’t look the same to the people who received them. The mix of Google and HTC emoji on its HTC 10 update left users particularly befuddled. One blogger, Ara Wagoner, commented, “Confused? So was I. See, most of these emoji are the ones Google provides, but all the faces and some of the people are these faded lemon monstrosities.” 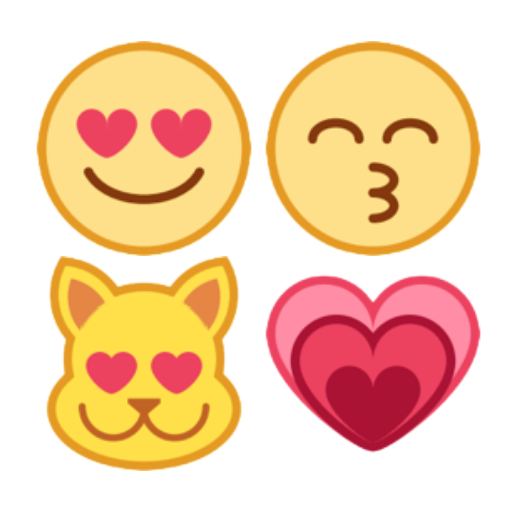 Some people were initial HTC emoji fans, though. They were fairly popular when they were first rolled out in 2015.

HTC Sense 7 and 8 operating systems are no longer in use on most HTC phones. This means that HTC emoji are few and far between. Android users who are nostalgic for the unique look of the HTC emoji can still download a knockoff package as a plugin to their regular emoji set for their phone.

This is not meant to be a formal definition of HTC emoji like most terms we define on Dictionary.com, but is rather an informal word summary that hopefully touches upon the key aspects of the meaning and usage of HTC emoji that will help our users expand their word mastery.