What does Pusheen mean?

Where does Pusheen come from? 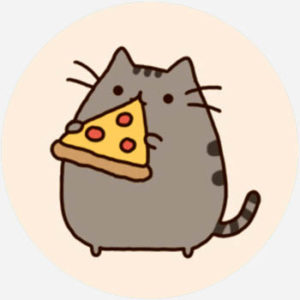 Pusheen was created for the website Everyday Cute by Claire Belton and Andrew Duff in 2010. The comic is based on Belton and Duff’s gray short-haired tabby of the same name, which comes from the Irish puisín, meaning “kitten.”

Her debut was in May, 2010 in a comic strip, titled “Pusheen Things,” featured below. 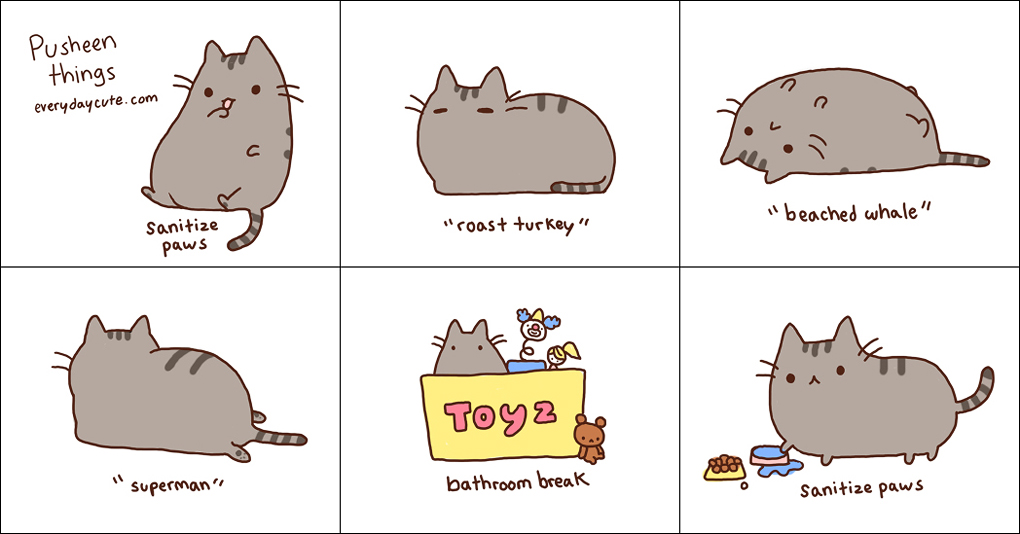 Pusheen’s popularity grew from there, resulting in her very own spin-off site in 2011, featuring animated images of her, and a collection of comic strips titled I Am Pusheen The Cat published in 2013.

Fans of Pusheen love the cat’s relatable desire to stay at home, lounge around, and snack—ah, the life.

But for as lazy as Pusheen the cat likes to be, her brand is very busy. Images of her in various poses are offered on sticker sets, especially popular on Facebook, and used in comments or reaction images. Ten million of these stickers are said to be used everyday.

Merchandise of Pusheen, from t-shirts to plush toys, are sold everywhere from Barnes & Noble to Petco. You can even order a quarterly subscription to Pusheen Box to fulfill all your fat cat toy needs.

Pusheen‘s success is part of the larger craze for cats on the internet, with photos and videos of cats going massively viral and actual cats like Grumpy Cat and Lil Bub becoming internet icons.

On social media, Pusheen is commonly used as an emoji-like sticker to express feelings. The stickers depict Pusheen playing, laying down, eating, and just being freakin’ adorable. Emotions range from embarrassment to love to happiness to fear. Some are just plain random, such as the popular Pusheen in a unicorn outfit or Pusheen as a DJ. 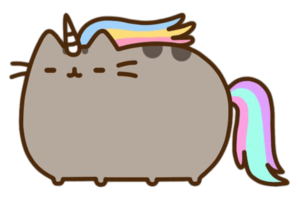 Aside from the stickers, people just seem to love Pusheen. The Facebook fan page currently has 9.4 million followers and the official Instagram page nearly 1 million.

Pusheen’s fan base includes many young women who enjoy her soft cuddly nature—and collect ample amounts of Pusheen memorabilia to prove it.

Uhhhhhh the autism feels have hit hard tonight and not feeling good so I’ve just been scrolling the pusheen tag on insta for the past 3 hours and….who knew one thing could give me so much joy…… pic.twitter.com/rAhsMH3oDR 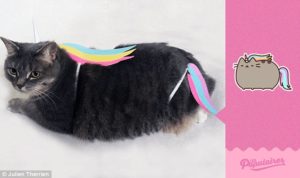 This is not meant to be a formal definition of Pusheen like most terms we define on Dictionary.com, but is rather an informal word summary that hopefully touches upon the key aspects of the meaning and usage of Pusheen that will help our users expand their word mastery.