Jocks aren’t typically known for being articulate. Sure, you’ll get the occasional athlete with a silver tongue. But for the most part, professional athletes tend to let their performance do the talking. Unfortunately, most of them are surrounded by rabid journalists after every single game. The result is a barrage of questions that often receive clichéd answers.

Super-star athletes like LeBron James are loudly booed and jeered during away games. That’s because opposing fans want to intimidate and distract the other team’s best players. LeBron typically calls this playing in a hostile environment.

Away teams are usually at a disadvantage, but some athletes find motivation in being the underdog. It turns out the terms “underdog” and “top dog” are Americanisms from the late 1800s that originated within the cruel sport of dogfighting. These days, it’s become shorthand for any “inferior person or party, or one fighting a larger adversary.”

Here’s a charitable way of saying “We played like crap, but somehow won.”

Athletes love talking about gritty, ugly wins. Some organizations, like the Oakland Raiders, claim to prioritize winning at all costs—regardless of what happens on the field. That includes penalties, injuries, and shocking twists of fate.

Al Davis, who took ownership of the Raiders in 1972, popularized the motto Just Win, Baby. It’s become a mantra for teams who don’t always play the prettiest, but know how to snatch victory from the jaws of defeat.

Win or lose, players often remark that they left it all on the field during post-game press conferences.

No, they’re not talking about their helmet, cleats, or gloves. Of course, leaving it all on the field means you’ve given 100% effort and have no regrets. But for once, wouldn’t it be refreshing to hear an athlete admit they just totally gave up?

No matter what the sport, all athletes repeat the same soothing mantra when being interviewed about future games: one game at a time.

It’s often used to swat away questions about a team’s poor performance. Rather than focusing on the bigger picture, athletes prefer to tackle each game individually. But this cliché is so redundant it’s barely worth saying! Obviously, a baseball team can’t play more than one game at a time — unless you’re talking about split-squad matchups in Spring Training.

This is an old adage in the NFL. It stems from the observation that talented defenses can negate fierce offensive attacks in big games.

You’ll typically hear players and coaches throw this cliché around during playoff time, and it’s annoyingly repeated ad nauseam in every press conference. The phrase was coined by Paul William “Bear” Bryant, who famously coached the University of Alabama football team for 25 years.

This one gets infuriating. You’ll always hear athletes suggest the other team simply wanted it more after a tough loss.

For journalists and fans alike, this is a decidedly lame explanation. We want details and insights about the game, not vague clichés . . . .

Your average MLB player travels over 25,000 miles per season. That’s a lot of flying! So, it’s no wonder athletes often lament their long flight home after a devastating defeat. These agonizing flights can serve as an opportunity for some much needed soul-searching.

It’s a handy way of taking responsibility for a loss without giving your opponent too much credit.

Here it is: the ultimate cliché in team sports. When a star player raises the championship trophy, does she take all the credit? No way! Of course, she’ll inevitably say the achievement was a team effort—even if she scored every single goal.

Sure, we’re sick of hearing them, but sometimes these clichés are simply the best way to express good ol’ fashioned sportsmanship . . . and for players to get away from the press mics as quickly as possible. 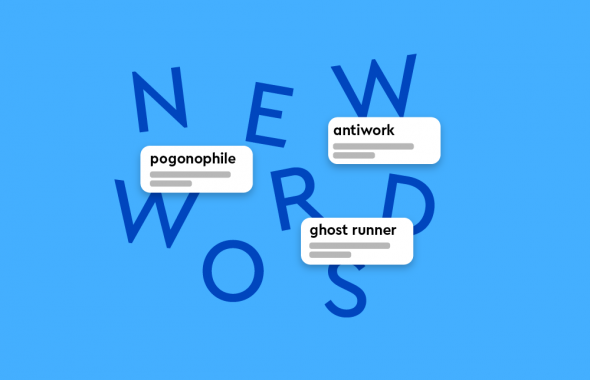 Home / Slideshows / Ridiculous Clichés Athletes Use After Every Game