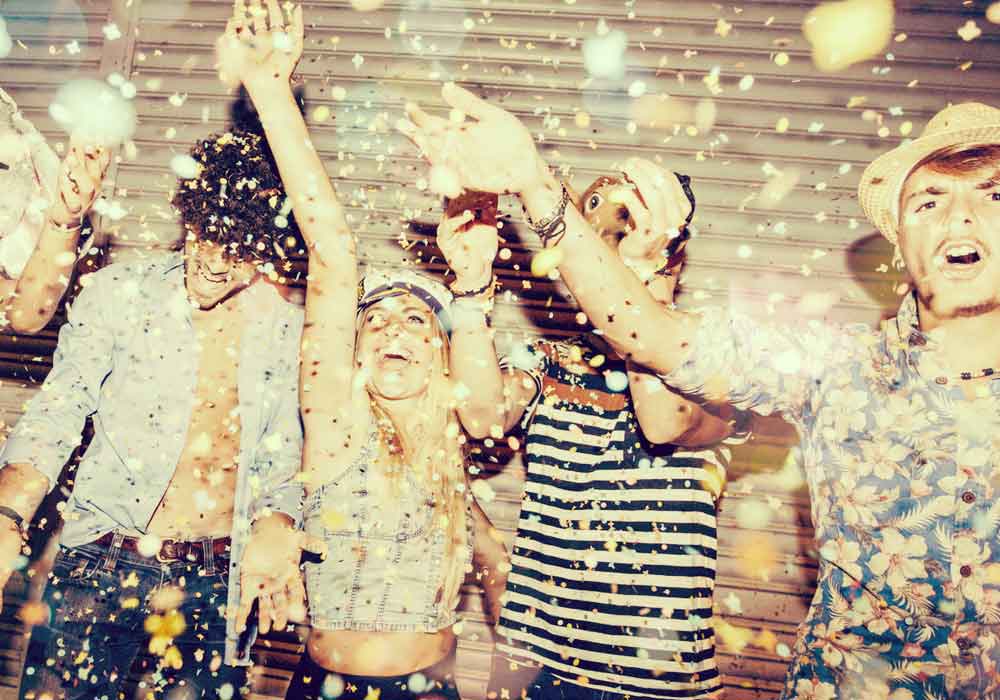 Joyful times go hand in hand with congratulations. When addressing graduates, newlyweds, or anyone with good news, a hearty “Congratulations!” is in order.Congratulants, "people who congratulate," have been using the pluralized expression congratulations, which stems from the Latin gratus meaning “pleasing,” since the 17th century.

The singular noun meaning “the act of congratulating” has been around since the late 16th century. 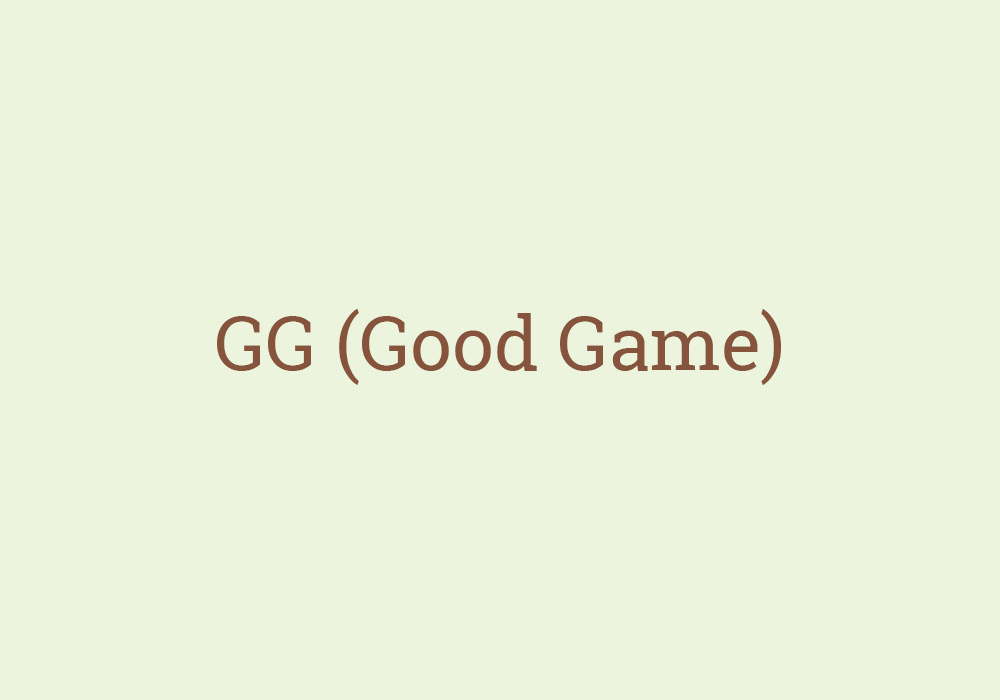 Shorthand for "good game" in the world of esports, GG is used to congratulate a victorious opponent.

Additionally, it's used to politely concede a match or admit defeat, most commonly in the realm of professional StarCraft. It's all about the humble loss. 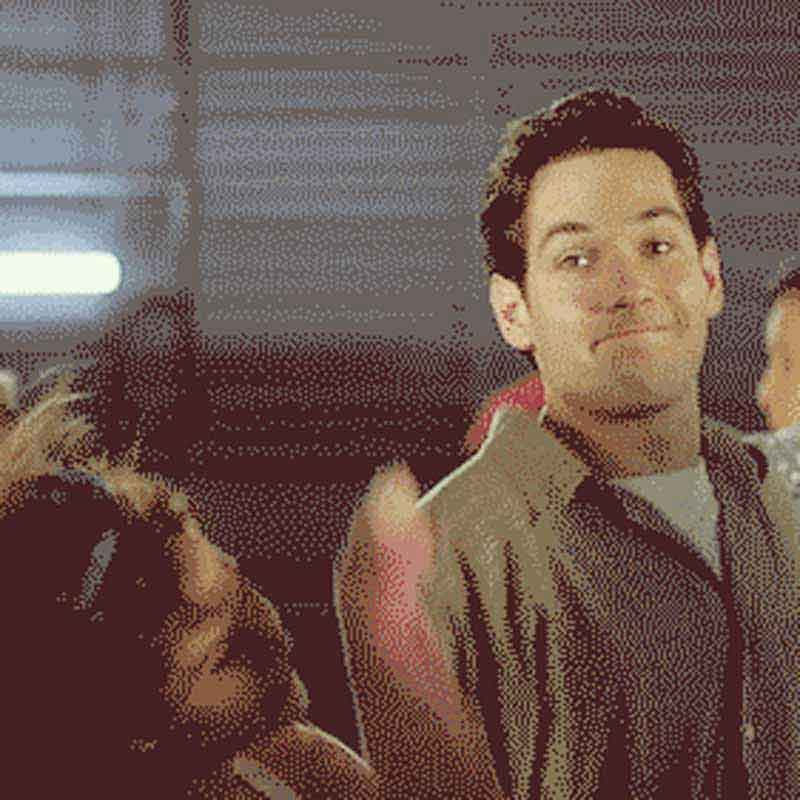 When congratulations are in order, the term props might come up. This slang shortening of proper arose in the 1990s and refers to respect and esteem.

In addition to giving and receiving props as recognition, you can do someone a prop to help them out. In the 1995 film Clueless, Cher notices that Josh is dancing with Tai, despite the fact that he never dances, to make her feel included. Cher explains: “He’s doing her a prop so she won’t feel left out.” 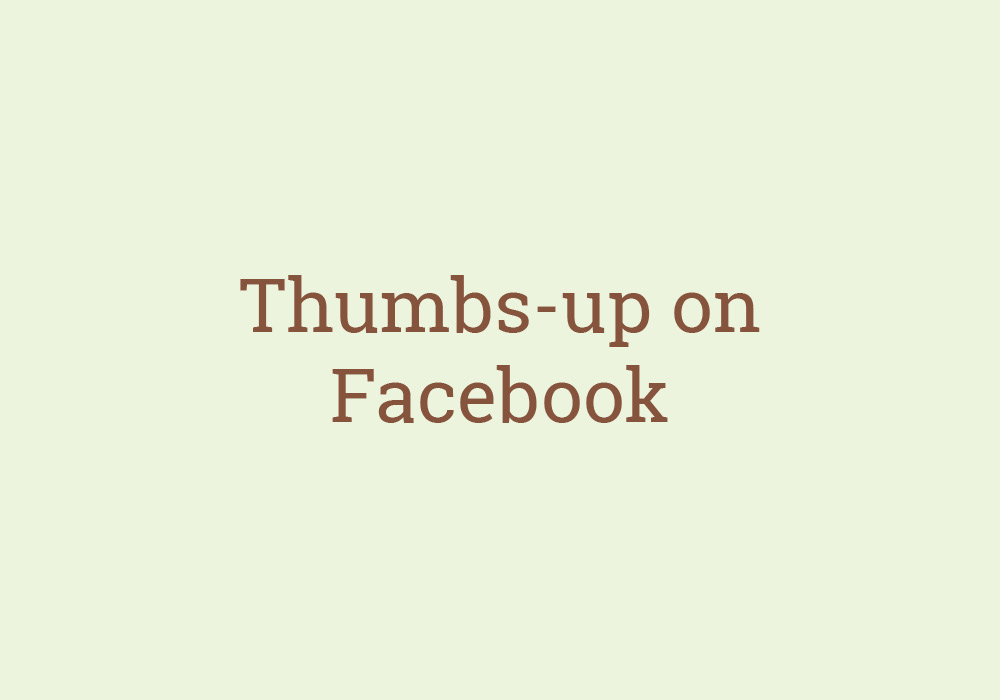 Facebook is perhaps the most ubiquitous online space for sending congratulations. Whether your best friend got a promotion or your sister had twins, it's a heck of a lot easier to give a thumbs-up (and if you really want to give a heartfelt congrats, leave them a comment) than it is to mail out a Hallmark card. Facebook even plays fun animation with balloons and confetti that plays whenever you type congrats or congratulations on a friend's post. Even more to celebrate.

And, an even better way to congratulate someone could be by sharing their news with your entire network. Sharing on Facebook is a powerful way to spread good vibes and build momentum for a cause. Let's say your brother just got engaged, and the happy couple starts a crowdfunding campaign for their honeymoon. One tap of the share button might help upgrade their basic hotel room to an unforgettable suite (with breakfast included). 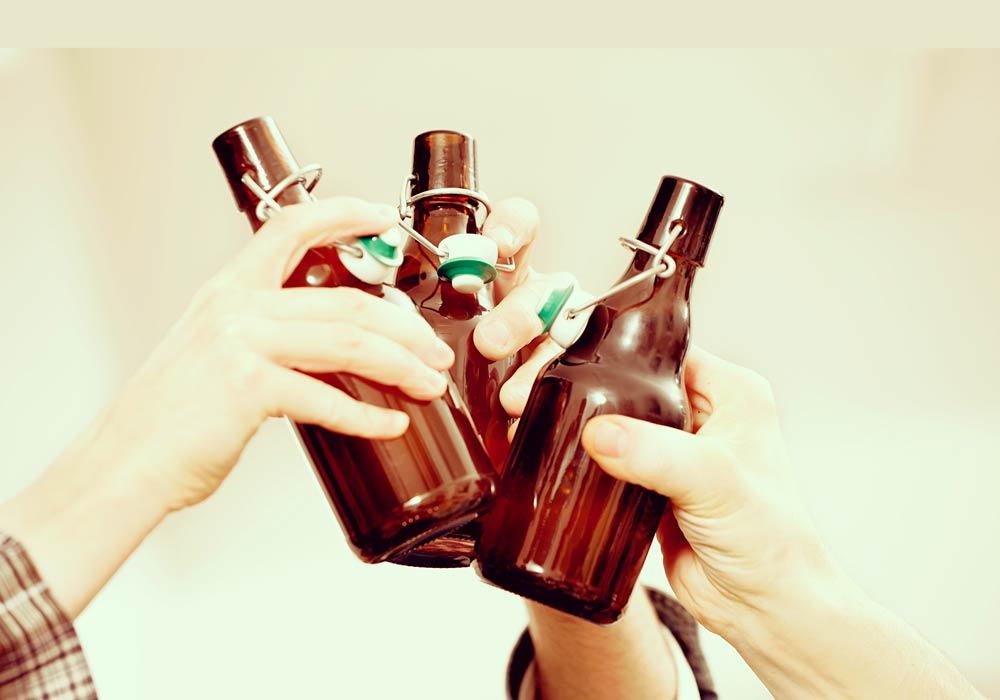 Three cheers is generally followed by “for” and the name of the person or thing being celebrated.

A person being cheersed might also respond to a toast of three cheers with the word ... cheers, which, especially in the UK, can mean “thanks.” That's a lot of cheers.

The term cheer entered English in the late 12th or early 13th century, and ultimately comes from the Greek word kárā meaning “head.” 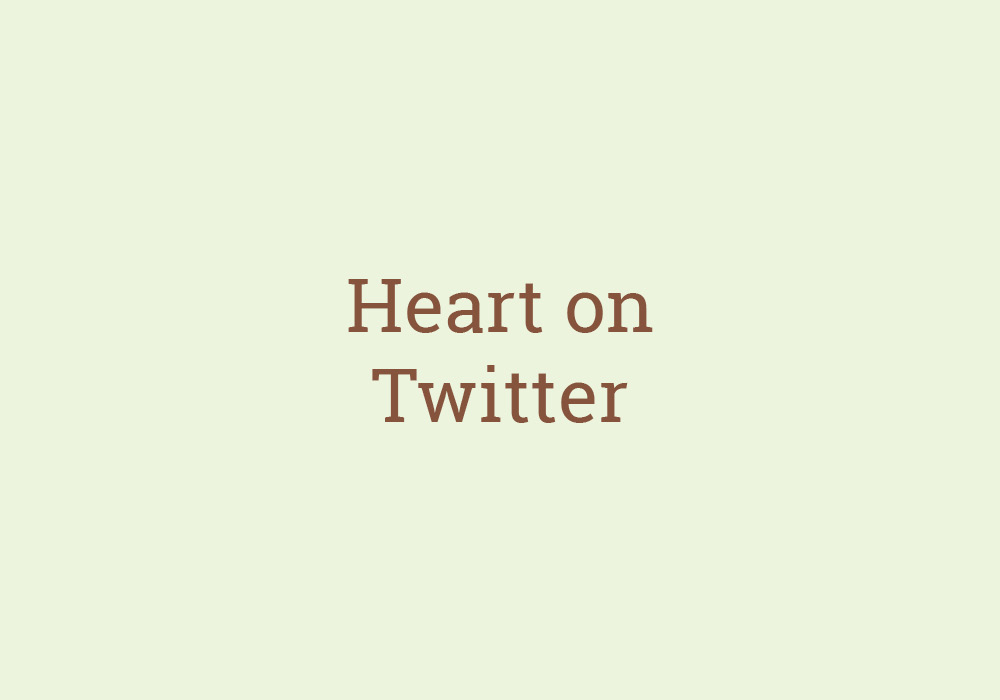 Giving a heart on Twitter doesn't take more effort than a quick tap of your thumb. But, this simple form of interaction can be a gentle way of acknowledging someone's accomplishment.

Fun fact: Twitter's original like-button was a star, but it was changed to a heart in 2015 to increase user engagement. We think it worked! 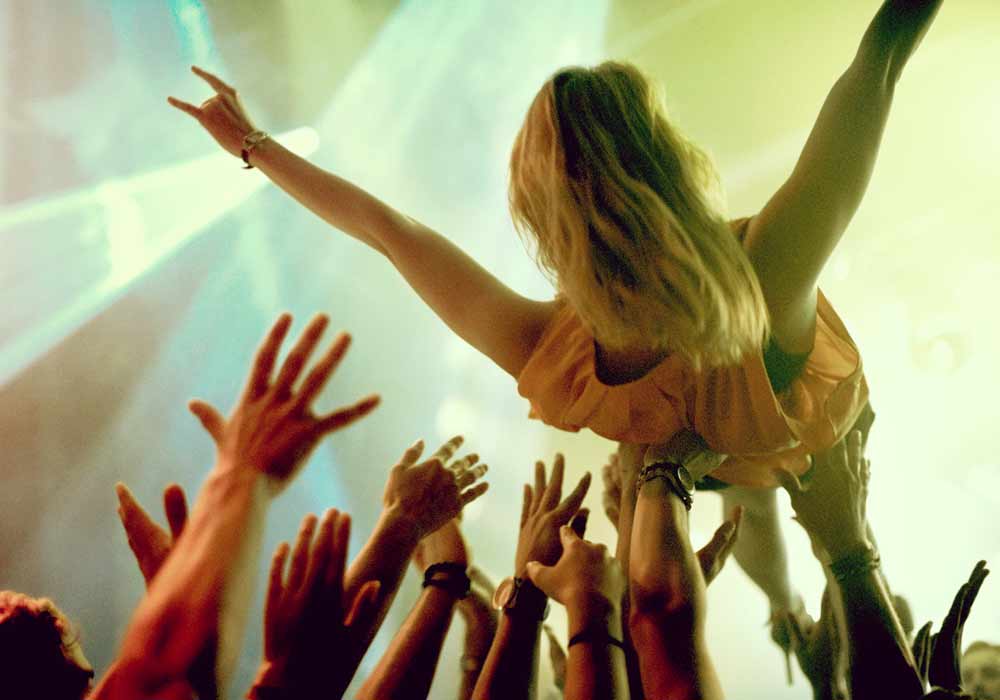 For some Victorian flair, opt for the ever-cheery hip, hip, hooray (or hurrah). This expression of uncertain origin surfaced in the early 1800s, though the exclamation hip had been used since the mid-1700s. Hip repeated three times was used as a noun in the 1800s to refer to a collective cheer.

But, let’s not forget about hooray, a variant of hurrah. This exclamation dates from the late 1600s and is very similar to shouts in German, Danish, Swedish, and even Russian. Someone's last hurrah is their "final moment or occasion of glory or achievement." 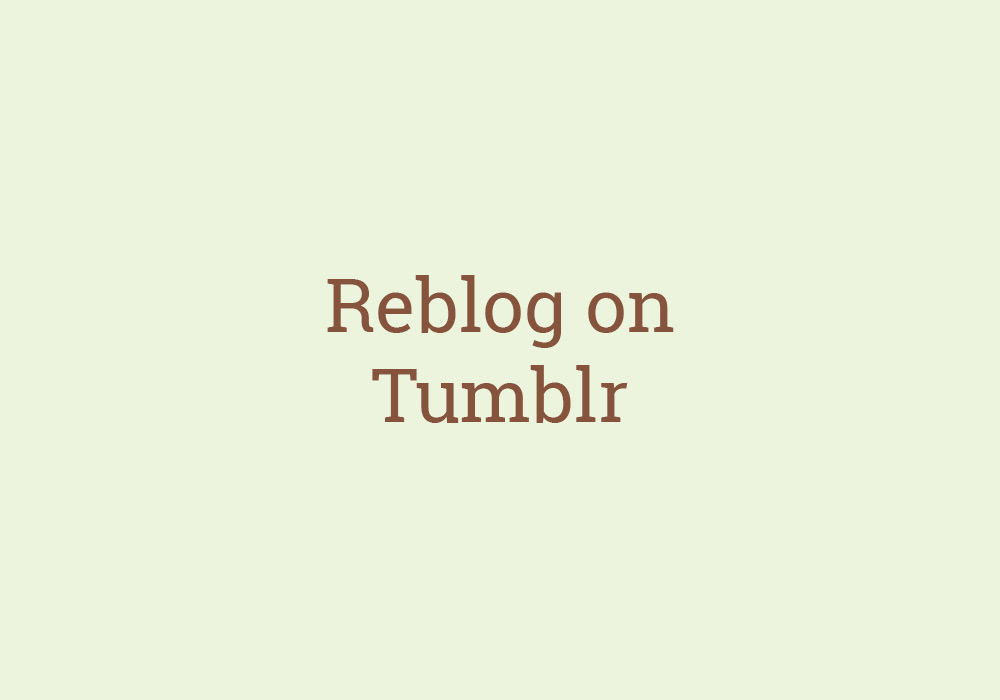 Tumblr is a sort of virtual scrapbook. In that sense, reblogging is almost like cutting out a friend's special memory and saving it for later.

Think of it as memorializing their accomplishment alongside all your favorite animated gifs on Tumblr. 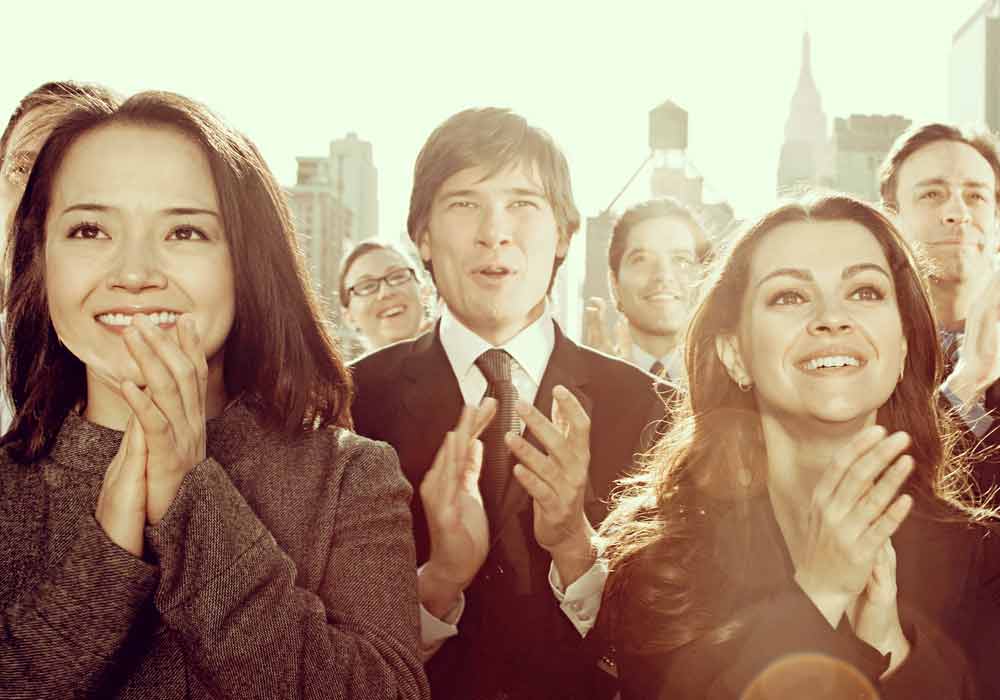 Though it sounds colloquial, kudos finds its roots in the hallowed halls of academic institutions. At the turn of the 19th century, academics transliterated the Greek kydos, meaning “praise or renown.” By the 1920s, kudos had spread beyond the walls of universities and into the columns of newspapers.

Don’t be fooled by the S at the end of kudos; the word is, in fact, a singular noun. However, enough English speakers have erroneously interpreted it as plural for so long that already by the 1930s, the back formation singular kudo arose. Grammar sticklers avoid using kudo as a singular and kudos as a plural, though both forms can be found in popular usage. 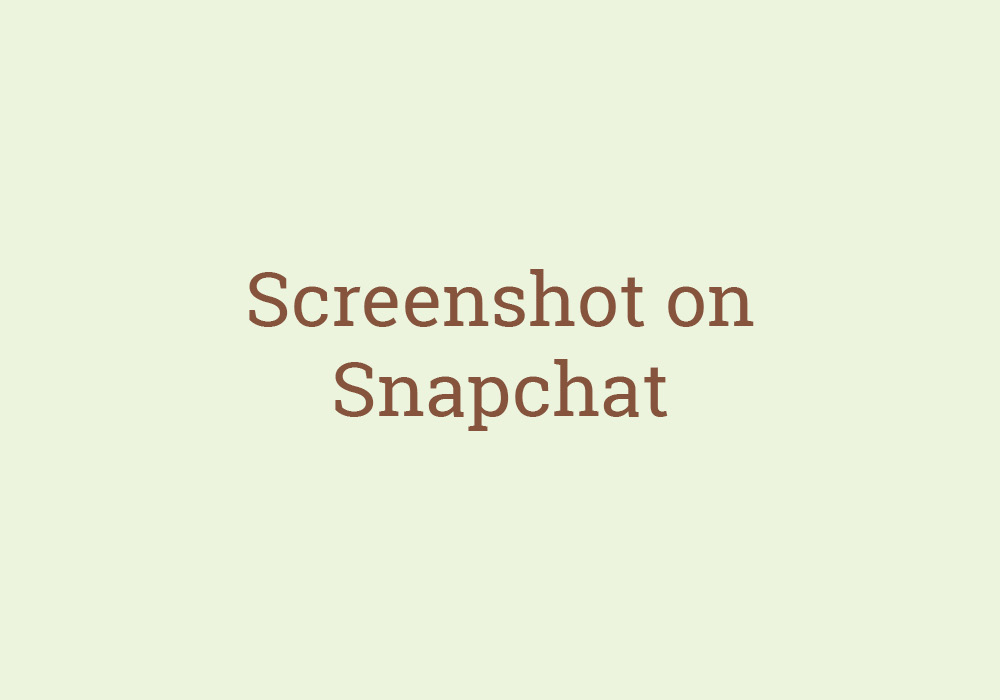 Normally, a screenshot on Snapchat might be alarming. It's a feature that lets friends save your ghostly messages before they disappear. This is typically used to preserve someone's embarrassing (or revealing) snaps.

However, screenshots can also serve as cute reminders. Next time your friend announces their accomplishment with a celebratory Snapchat story, don't let the moment fade away! Congratulate them by preserving the memory forever and sharing it with them to remind them of the moment. 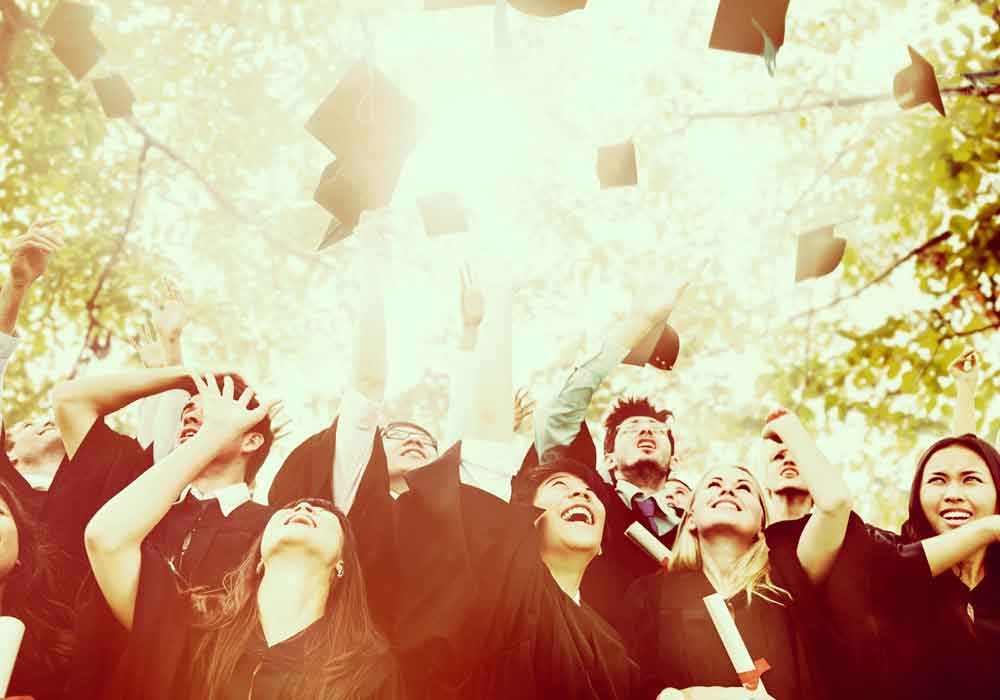 The phrase hats off, while often said to graduates wearing the illustrious cap and gown, has nothing to do with the tradition of tossing hats in the air in celebration. This phrase, dating back to the 1600s, harks back to the custom of uncovering the head as a sign of respect.

Etiquette expert Emily Post advised gentlemen on the many situations in which they must remove hats to maintain politeness. In 1922 she wrote: “A gentleman takes off his hat and holds it in his hand when a lady enters the elevator.” He also lifts his hat whenever he asks a question or says “Excuse me.” You know, maybe we could all stand a little formality these days ... 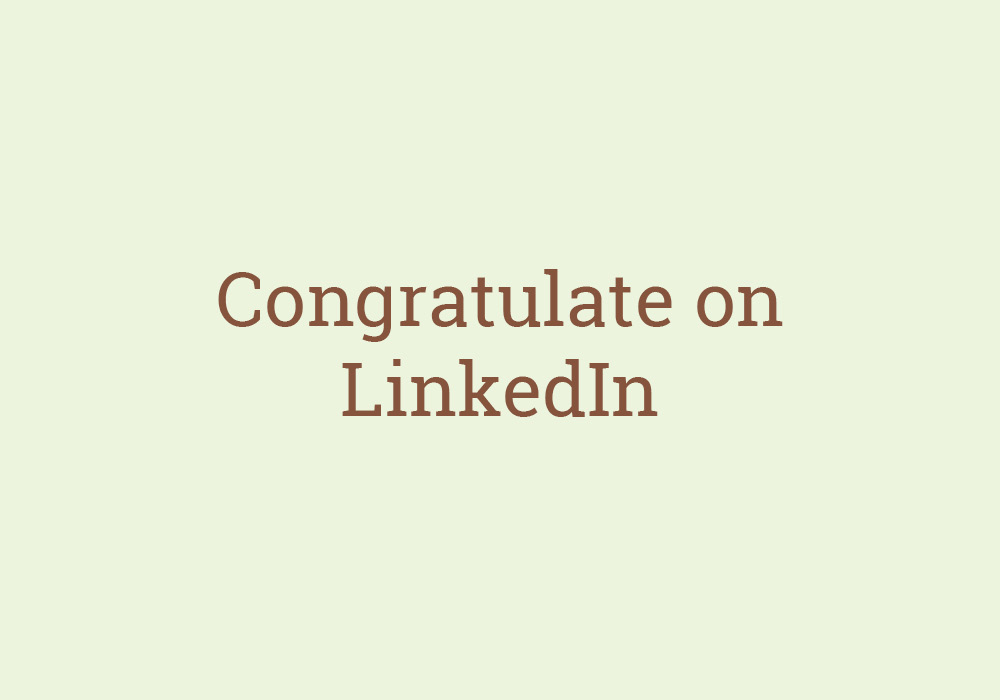 Did you know there's actually a button for congratulating someone on LinkedIn?

The business-networking platform will send you a notification whenever your connections have accepted a new position or promotion. It's a great way to extend your best wishes to a professional contact, especially if you're looking to build a rapport with them. 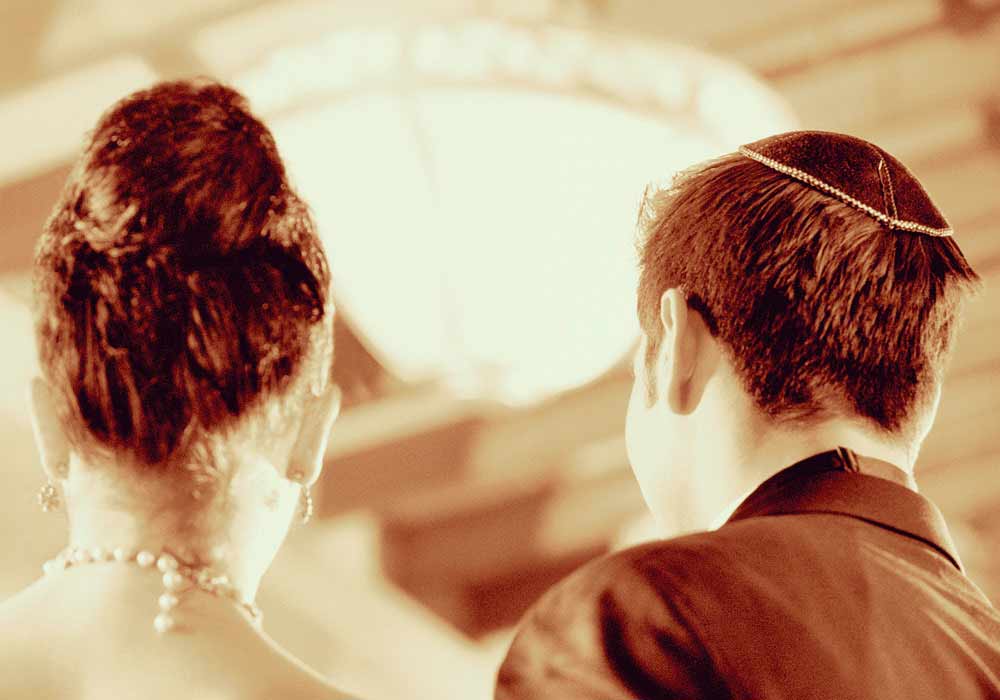 This expression of congratulations and best wishes comes from the Hebrew term literally meaning “good luck.” Though many reserve the English good luck for before a big event, you can cheer mazel tov to wish someone good fortune or to say congratulations.

Mazel tov appeared in the 1600s spelled as missal tob but was rendered in English as mazel tov by the 1900s. Whatever transliteration you prefer, the term has been lovingly said ever since. 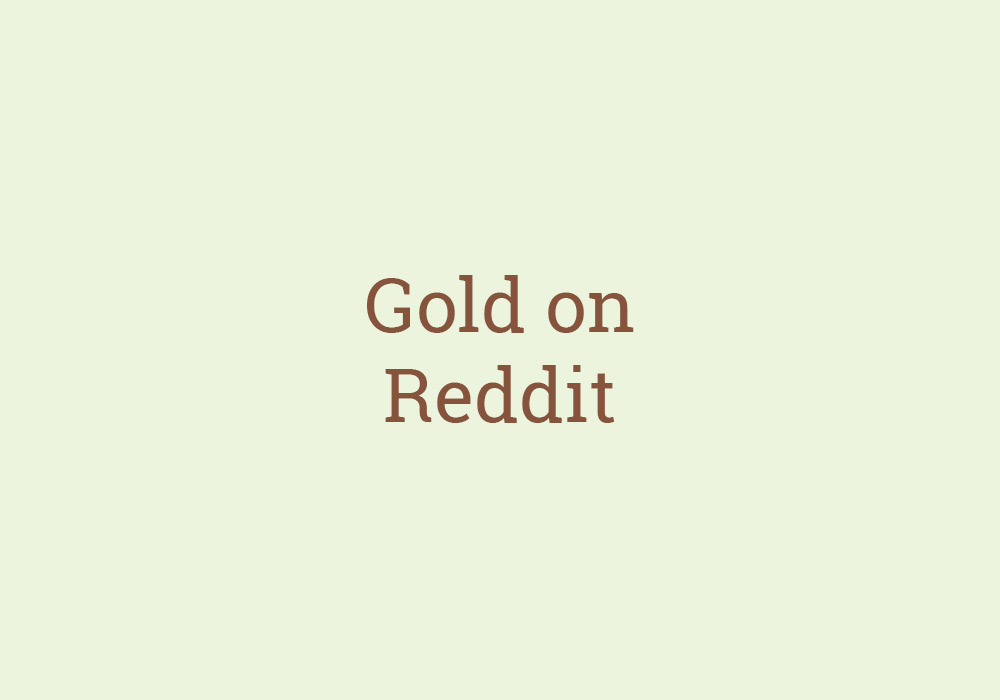 Reddit Gold is a prestigious decoration that can be bestowed upon a post on the site. It's like having a shiny gold star attached to your profile, and it opens up special features on Reddit, too, such as premium, ad-free features.

When a user shares a particularly touching or inspirational story, the community offers congratulations by giving them Reddit Gold. 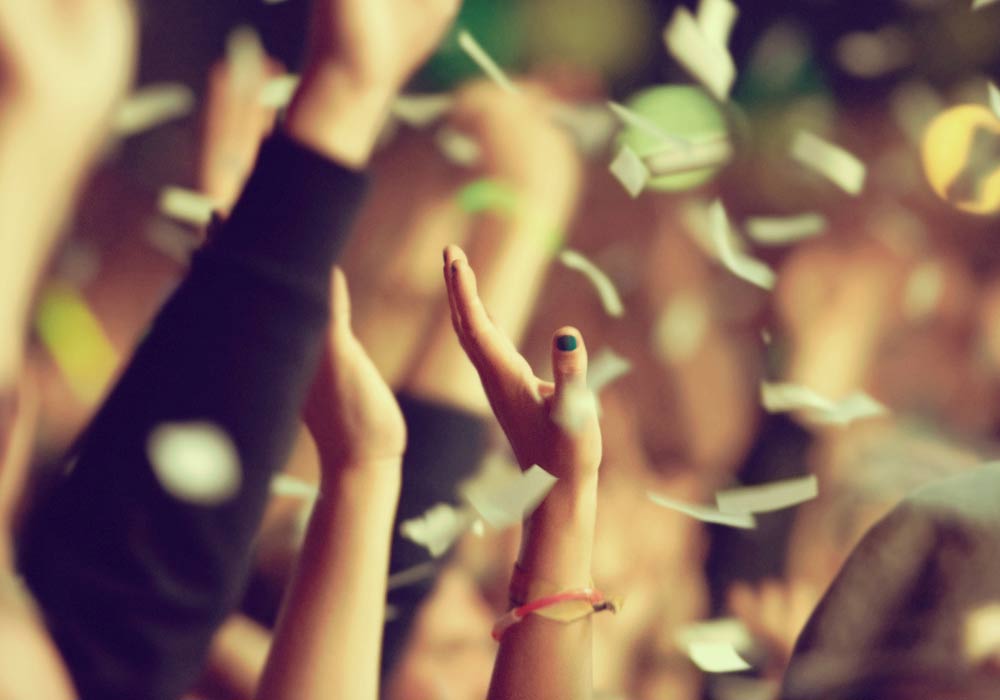 If you want to stand out from the crowd of people offering their congratulations, try roaring felicitations. This less common expression of congratulations ultimately comes from the Latin felix, "happy." English speakers have been using the singular form of this term (meaning "an act of congratulation") since the early 1700s.

So, if you want to be original (or sound old-fashioned) in wishing your congratulations, reach for a felicitous felicitations! 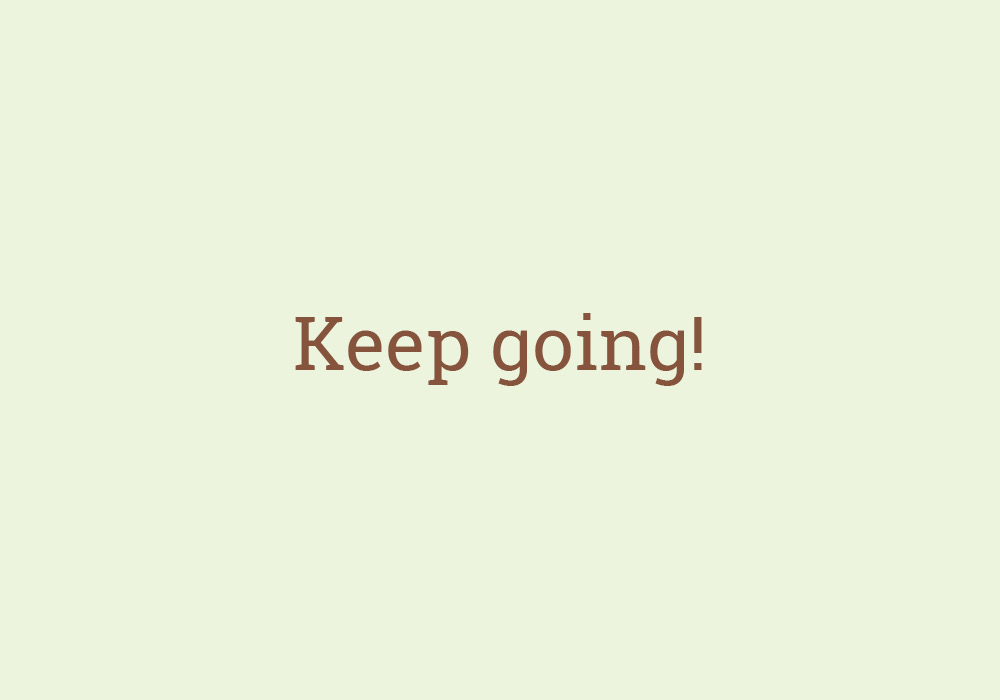 What's more powerful than simply saying congratulations? Encouraging someone to keep pushing ahead and to accomplish more. You're not only celebrating the accomplishment at hand, but also showing enthusiasm for their future. Keep going!