Hey daddy-o, ready to jam out on some hep slang words?

If you have no clue what we just said, fear not. You’re about to learn a whole new language: the language of jazz.

Jazz music is an intrinsic part of US history. This genre came alive in the very early 20th century along the mouth of the Mississippi in New Orleans, and from there, it took on a life of its own. Cultivated and celebrated primarily by Black Americans, jazz was a commentary on the culture of the time that eventually captivated the rest of the country.

The word jazz derives from the 1860s slang word jasm, meaning "energy, vitality, spirit.” However, it first appeared in American English in 1912 as a baseball term meaning “lively, energetic.” By 1915, it had become the label for the genre of music as we know it today. Eventually, jazz took on other slang meanings, including "rubbish, unnecessary talk or ornamentation" in 1918. Jazzy, another form of this majorly versatile word, also indicates a certain flair or panache.

From its roots in blues and ragtime, jazz music now has more than 25 subgenres, including smooth jazz, Dixieland, and Afro-Cuban jazz. Given this level of popularity, it’s only natural that jazz musicians have their own lingo. But did you realize you regularly use some of the jazz words on this list?

Being a hepcat in the jazz era was a great thing to be. In Cab Calloway's 1939 Hepster's Dictionary: Language of Jive, he defined the word hepcat as a guy or gal "who knows what it's all about." The hep prefix means "aware and up to date," while the jazz slang suffix -cat refers to a lover of jazz music.

By the late 1950s, hepcat was shortened to cat in common usage, and a decade later, cat was documented as an accepted title for a jazz musician. When the jazz giant pianist Thelonious Monk first heard revolutionary saxophonist Ornette Coleman, he exclaimed, "Man, that cat is nuts!"

If you've ever been told that you’ve got chops, take it as a compliment, because that is a jazzy way to say you’ve got skills. Historically, chops is thought to derive from chaps, which refers to the “jaws” on the side of one’s face.

In jazz, it first referenced the way a trumpeter applied his mouth to an instrument and eventually came to mean a player’s high skill level. For example: The pianist last night proved she had the chops to play such a prestigious venue.

The word jam has taken on many meanings in its time, but the modern usage is likely dated to the jazz era.

Overall jam means “pressed together tightly,” a definition that first appeared in the early 1700s. By the 1850s, jam referred to “causing a malfunction in machinery,” which inevitably led to the definition “an interference in radio airwaves” by 1914.

Barely a decade later, jam referred to “playing music, specifically improvised music,” which you could understand as being a “disruptor” to arranged music. Bands jamming together create some incredible music, though. For example: The jam session was exactly what the group needed to get their creative juices flowing.

When a tune is really grooving and everyone in the room feels the beat in their bones, those musicians are officially in the pocket. The term refers fairly exclusively to the rhythmic section, and it means they are playing perfectly in sync with one another.

Though there is little etymological evidence, Freddie Green's 1956 composition "Corner Pocket" has led many to believe that the term originated in pool-playing vernacular, as in I'm going to sink the eight ball in the corner pocket.

In jazz, it's all about proving your worth, so when musicians flop, they tend to flop hard, and there isn’t a person in the room who won’t call them out on it.

Hitting a clinker ... well, that is not a good sign. In jazz, clinker is a “bad note,” in reference to the literal notes of music a musician plays. For instance, you might say The song that cat played was great until he hit that clinker.

The insult really didn’t surface as one until the 1940s, but likely derives from the 1740 Dutch word klinken, meaning "to ring" as when something is struck. In the 1950s, it colloquially became defined as “a stupid mistake” when used outside of jazz.

For jazz musicians, it refers to a restrained, relaxed style of playing, i.e., He played a cool song to mellow out the crowd. Tenor saxophonist Lester Young (1909–1959) is credited with popularizing it in jazz circles as a term of endearment, meaning something that is fashionable: He is a really cool cat.

Though a seemingly innocuous word, tag has been used throughout time to mean multiple things. A tag could refer to an article of fabric hanging off of a piece of clothing. A tag is a license plate, or it can even mean "to create graffiti," depending on the decade.

In jazz, to tag a song is to end a tune in a certain way, specifically by repeating it three times and fading out—a tactic used in many modern-day melodies: The tag at the end of that song really pulls at your heartstrings.

Put the lint rollers away, we so aren’t talking about pesky pet hair here.

Shedding is a shortened version of the jazz term woodshedding, which means "rehearsing a difficult passage repeatedly until it is mastered." It also implies a bit of seclusion.

Saxophonist Paul Klemperer described this term to ezine JazzThink as "the place where you work out the techniques that form the foundation of your improvisational ability." 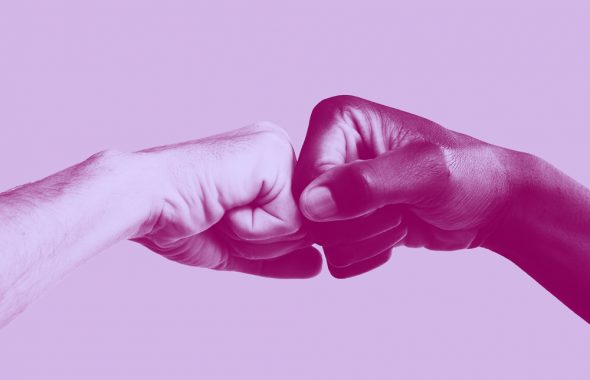