Taboo topics always take twists and turns. But, with the free-spiritedness of the rising millennial generation, topics our grannies wouldn’t touch with a ten-foot pole are casually tossed around without anyone’s notice.

Salary-sharing is one such new frontier out of taboo-land. In a recent survey, 30% of millennials said they’re comfortable discussing pay with others (as opposed to 8% of 50–70-year-olds). This can probably be attributed to millennials’ value of transparency, open communication, and being authentic.

Click ahead to see what other taboo topics are being tossed out!

While issues relating to menstruation are still taboo in other parts of the world, in the US, women today are much freer to discuss “periods,” “hot flashes,” and cramp-easing home remedies. Like advertisements for erectile dysfunction pills, commercials for tampons and pads crop up on TV all the time. And, new developments in menstrual doohickeys are making the conversation more prevalent and actually fun to have.

“Period underwear” is one such novelty. Online venders like Thinx have been “breaking the period taboo since 2014” with sets of antimicrobial, leak-resistant underwear to slip on according to the absorbency required. Organic cotton tampons and pads are appearing on drugstore shelves now too, and menstrual cups are gaining popularity among health- and eco-conscious women.

Meanwhile, menopause has been a less vocalized (and marketable) taboo topic, until recently. Celebrities like Angelina Jolie, Gillian Anderson, and Kim Cattrall have all spoken openly about their hormonal changes, altered sex drive, and feeling like they are “in a vat of boiling water.” While some may feel offended, these stars are raising awareness about a completely natural but very uncomfortable period in a woman’s life. Talking about it openly helps women going through the experience feel less alone and stigmatized. Yes!

While you might not want to chat about your latest gyrating technique with the fam at Thanksgiving, it’s now almost unremarkable for friends to casually share sex tips and tricks. And, TV shows like Girls shine a light on the truth about sex; like, the sheer awkwardness that can ensue when two nervous, grunting, sweaty, imperfectly naked bodies attempt coitus—hot porn this is not. That’s the point—it’s real. And, because sex is more in the open, sex toys, naturally, are a follow-up feature to the taboo. The Fifty Shades of Grey phenomenon has certainly encouraged couples to get kinky with slinkies (we’re just saying that because it rhymes).

These topics are also becoming more widespread in journalism beyond Cosmopolitan—from Good Housekeeping to the Huffington Post. YouTubers build channels dedicated to sex advice, popular columns like The Rumpus’ “Dear Sugar” openly talk about “orgasm friendly zones.” And, Twitter tweeters? They have absolutely no qualms about airing out their sex lives. 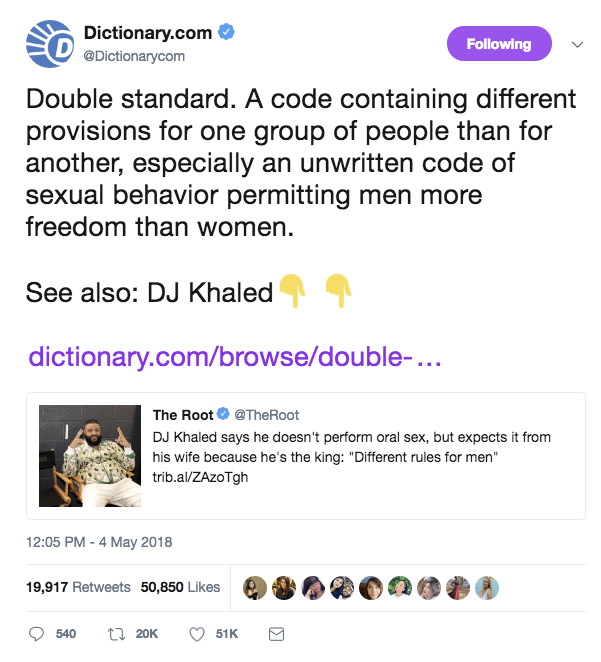 By the same token, hey, if you can’t get it up, no problem! There’s a pill for that. While erectile dysfunction may be embarrassing for men, the ubiquity of ads for wonder-drugs like Viagra and Cialis prove that people are not afraid to have the conversation about what to do when Dick’s down.

And, medical websites like WebMD—through which people have increasingly been able to self-diagnose and find suggested ways to safely monitor or treat conditions—help give couples talking points for how to address the issue of ED. Words like common and treatable are reassurances. WebMD suggests talking over wine or on a walk, choosing a relaxed time to patiently listen to your male partner discuss his feelings and how the two of you can focus on a solution. Another big word: relax. As one sex therapist put it, “There’s usually another erection just around the corner.”

Yes, we’re on a sex-themed taboo trend here, but, come on, maybe grannies are also shattering taboos! With less restrictive attitudes about sex, is it any surprise that Gran and Gramps admit they like to have fun under the covers, too? It shouldn’t be!

Nursing home administrations are aware that, even though their residents aren’t spring chickens, they still have urges–and that’s one big reason the conversation about elder intimacy is taking place. Of course, another issue giving rise to the discussion recently is the media reports of increases in STD outbreaks in senior-citizen facilities. Aging couples are less likely to use protection because they think they need it. Despite their wisdom and years of experience, once an aging individual reaches a certain age, it’s time to get a refresher in Sex Ed and STD lingo.

It may have once been a sign of unattractiveness, meekness, or weakness to admit to meeting a significant other online. It felt like an admission of guilt, usually met with a piteous smile. Ugh.

In fact, a new poll shows that meeting a partner over the internet is becoming more common than through friends, during college, or at work. “We met online” is no longer a phrase to shy away from; it’s simply stating a fact that reflects reality for an increasing number (as many as 35%) of Digital-Age couples.

However, before you go all out in dating app overload, test yourself on these dating acronyms so you know what you’re talking about … and then read up on these 10 words you should never use in an online dating profile. We’re here to help!

With a general spirit of openness and transparency in the 21st century, another big taboo subject that people are gradually chipping away at is same-sex marriage. The month-long officiation of over 3,000 same-sex weddings in San Francisco in 2004 was just a start. Just over ten years later, the Supreme Court ruled that gay marriage was a constitutionally protected right in all 50 states. The last 15 years or so have thus been pivotal in raising and maintaining awareness on same-sex relationships and LGBT issues more broadly.

From news reports and political activism to encyclopedia entries and social-media hashtags (#marriage, #lgbtq, #equality) same-sex marriage is a topic that is finally gaining the legality deserved. Rather than finding themselves on a “slippery slope” toward “bestiality” and “incest” (as some lawmakers thought legalizing gay marriage could lead to), people are beginning to revise their definition of “traditional marriage” as they achieve a more inclusive understanding of what love means for all individuals.

Unsurprisingly, it is largely because of the millennial generation (as with so many of these other crumbling taboos) that the utterance “same-sex marriage” doesn’t lead to gasps of shock but instead smiles filled with warmth and love. Millennials have been described as the “gayest” generation of all—an interesting superlative reminiscent of the “greatest” generation, a moniker attributed to those living during World War II.

Pot, dope, weed, Mary Jane, wacky tobacky—call it what you want, but call it something, because for many people both the substance and subject of marijuana are no longer taboo. Weed has been part of the pop cultural landscape for a long time—hello 1960s. But, with the help of the music industry over the last several decades, weed has seeped into cultural consciousness (and lost its horns). Another major influence that weakened weed’s taboo came when Colorado and Washington spearheaded the legalization of marijuana in 2012.

Standard marijuana terms like weed, pot, and dope are still the go-to’s when referring to the substance. But there are plenty of online resources for 21st-century “stoner” words and phrases. Wrecked is another way of saying blazed or baked—so high you can’t get off the couch. If you like wacky tobacky, sticky icky is another good lexical choice, describing “really excellent weed.” #710 is for the Twitter and Instagram crowds who are down with doping. And in this “OMG YOLO” age of abbreviations, ABV means “already been vaped,” (the sticky icky has already been inhaled using a vaporizer, so it has a low THC but it can be reused).

Swear words have been put to fiery use for centuries, but often with negative social consequences. Today, probably as a result of the internet and our shall we say diverse media, profanity has lost its edge. It’s everywhere—on social media, in movies and TV shows, in magazines, and, of course, in popular music across genres.

It’s everywhere because people naturally seem to have potty mouths! Even presidents. Notable media outlets like the New York Times (known for taking a conservative stance on swearing) are determining if, how, and when to use colorful language, especially in light of President Trump’s alleged “sh***hole” comments. (BTW, swearing may be less taboo, but racial and ethnic slurs are still deeply, and maybe more so than ever, offensive!)

Aside from offensive slurs, though, swearing has its benefits. Swearing is often a way to boost emotional engagement, to fit in, to let off steam, and to seem less like a stick in the mud. So, if the science here is right, be kind but swear more!

Living together outside marriage is a trend on the rise and has been for a while. Still, the subject might make your grandparents uncomfortable because their traditional notions of commitment were formed in more conservative decades. Then again, a Pew Research study shows that an increasing number of people over 50 are choosing to live together in unwedded bliss.

More than any other generation, millennials are more likely to live with their honey before (or in lieu of) marriage. If anything, the living while unmarried taboo is reversing itself: many people find it incomprehensible to get married without having lived together first.

That’s flipping a taboo on its head.

Word of the day
carapace
carapace