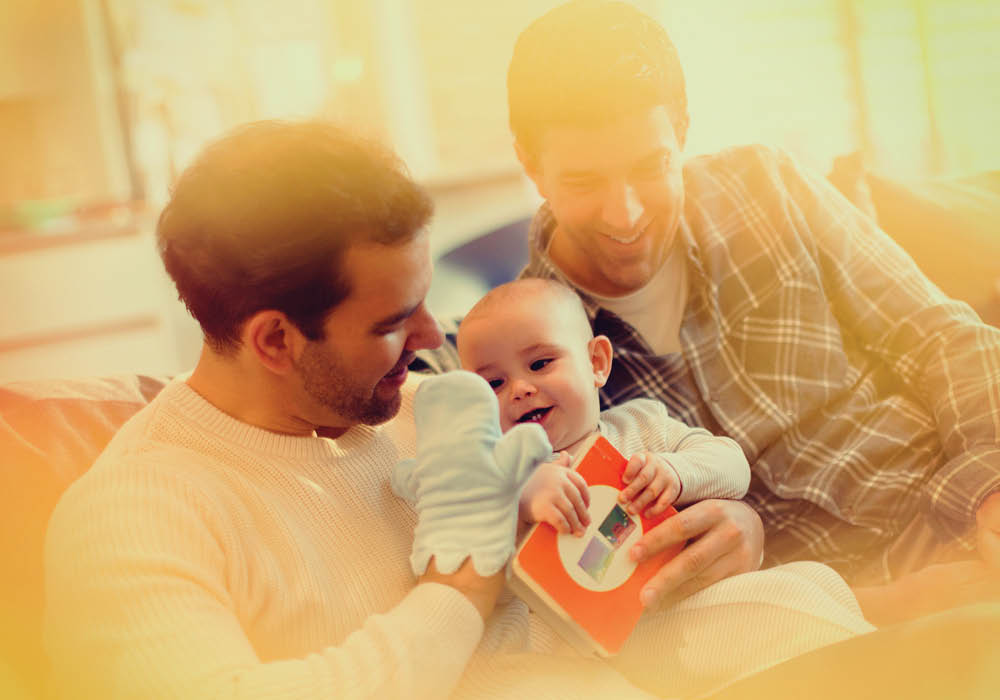 When you listen to parents talk to their kids, it may seem like they have their own language. Between ba-ba and uppie (say what?), parents have a different way of communicating.

When speaking to babies, parents speak slowly in a higher pitched voice and tend to repeat phrases. Similarly many nursery rhymes slow down the speaking process and include repetition to help children learn. When children learn to speak and later to read, they acquire what linguists call “phoneme awareness,” which means we aren’t born with the sounds of language in our heads, but rather we learn what the discreet, separate parts of sounds are as we learn language. Children do not automatically know when one word starts and another begins.

Let's take a look at the most common words and phrases we use with children in these ways ... hey, parents, we're ready to learn your language. 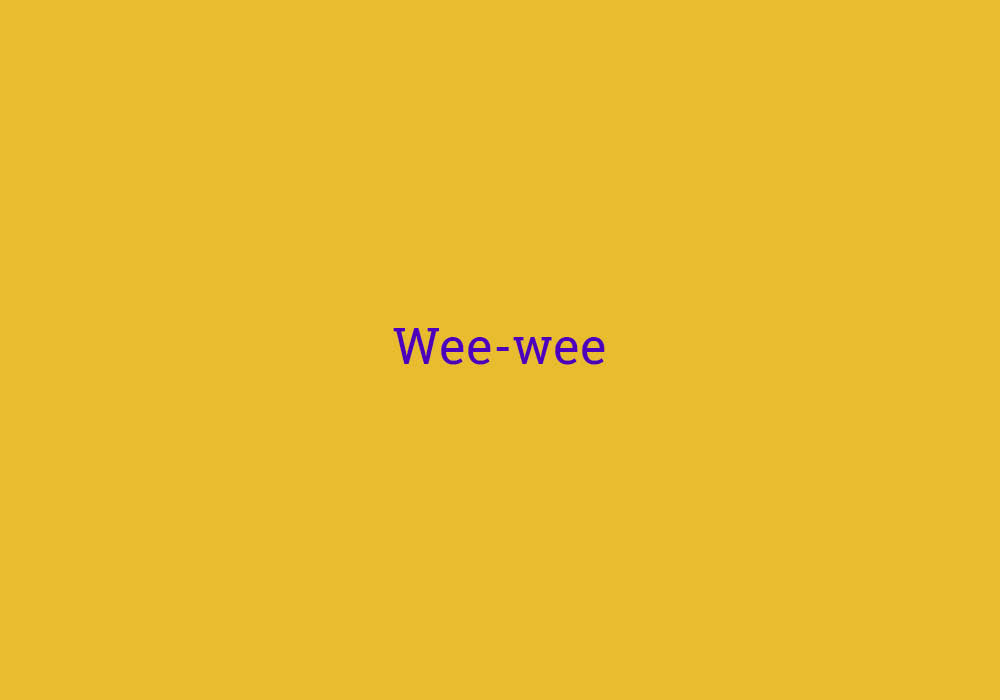 Wee-wee has been around since 1925 and parents have been using it ever since. It means urine or to urinate. The reason parents use this term instead of the real thing probably signifies that they aren't exactly comfortable using scientific bathroom talk with the kiddos.

Because no one likes talking about what goes in the potty. Speaking of potty, the term potty dates back to the 1800s, and it's since been used by parents to describe a toilet to a child. Maybe that's because it was originally the word for "a seat of reduced size fitting over a toilet seat, for use by a small child." Enough said.

But, why did they name that seat a potty? Not only is it easier for young kids to say, but it's thought that potty makes "potty training" less of a scary, intimidating experience. Seriously, who could be nervous about using the potty?

Fun fact: Now dog parents can get in on the lingo too—what do you call the pads you leave on the floor for your little puppy to pee on? Wee-wee pads. 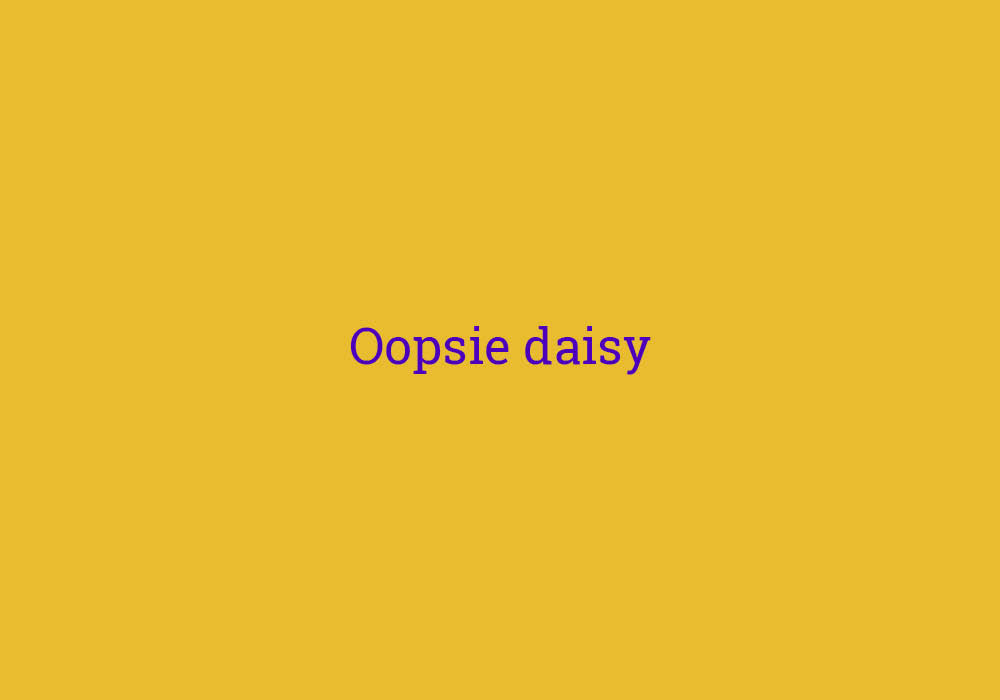 When a child falls down, some parents call it an oopsie daisy. We get that oopsie derives from the word oops, but where did daisy come from?

It could refer to a child sitting among daisies after taking a fall—making the tumble sound less abrasive (or maybe that's just the idyllic picture we imagine when hearing this phrase). Or, there's the rhyming aspect because oopsie daisy is a flip-flop word (also known as reduplication), which is probably the real origin of the term. Plus, the fun language may help a child recover faster from the incident by not making it seem like that big of a deal.

Another funny one is upsy-daisy because it’s used both when a parent lifts a baby high overhead and when the baby tumbles topsy-turvy to the ground. In the latter scenario, upsy-daisy sounds more like “oopsie-daisy,” where oops registers that something went wrong—those little legs need to do a few more lunges in the gym!

An early precursor to this word is “up-a-daisy,” which first appeared in 1711 in a collection of letters by Jonathan Swift. This is even predated by an earlier term “upaday,” which calls to mind getting “up” at day break. “Upaday” transformed over time to “upsy-daisy” and was linked to upward or lifting movements in child play. Because “upsy” is so close to “oopsie,” the other meaning of registering a mistake took form later, in 1925.

Be careful when using this term, if Julia Roberts’ character in Notting Hill (1999) has anything to say about it: “No one has said ‘whoops a daisies’ for fifty years and even then it was only little girls with blonde ringlets.” 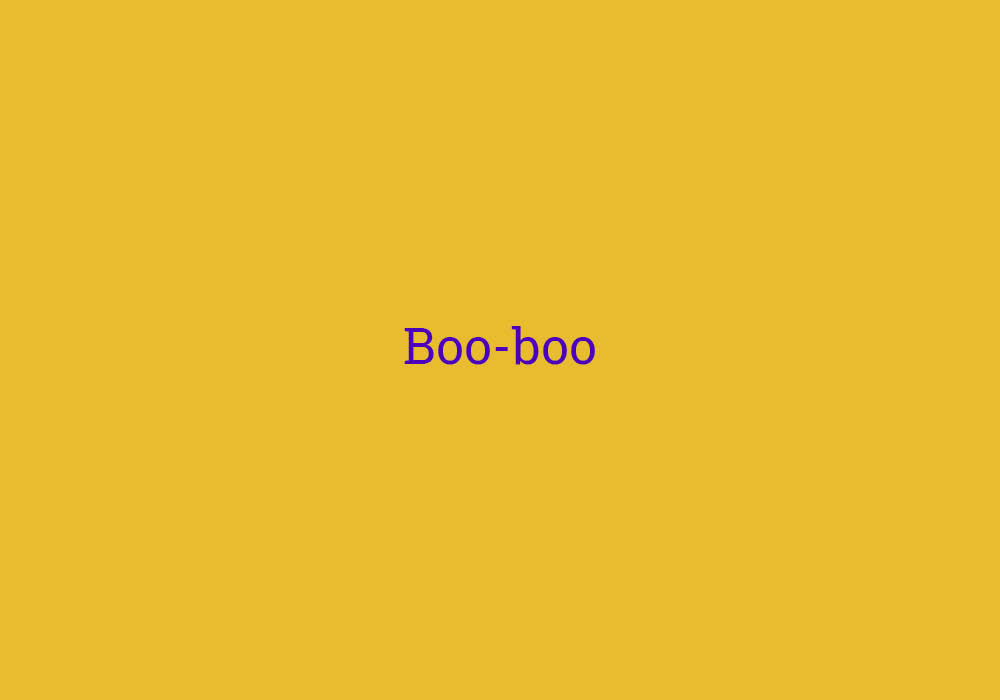 After a child makes an oopsie daisy they might get a boo-boo. Not to be confused with the word boo (a word to use to scare someone), boo-boo translates to a minor cut or scape in baby talk. This word is an Americanism that has been around since the 1950s and is used by parents who want to make an injury seem less dramatic so the child isn't afraid of getting hurt. 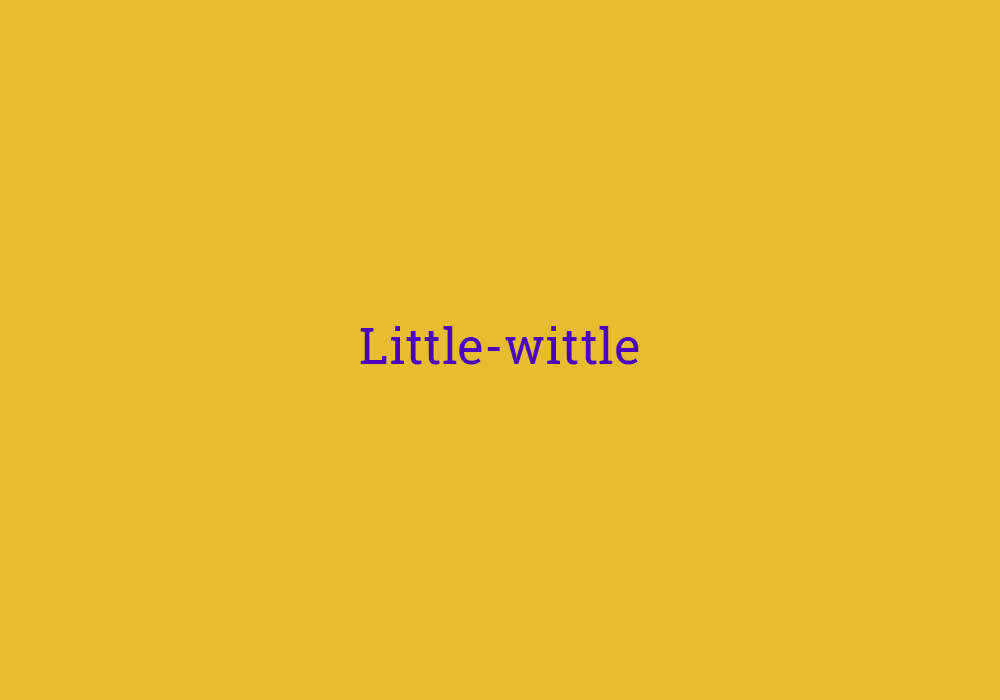 When something is small and cute—you know, like a baby—parents say it's little-wittle. It's unclear when adults officially started using this expression, but we know why. The term wittle rhymes with little making it another flip-flop word and fun for both the parent and the child to say. Rhyming is the answer to everything. 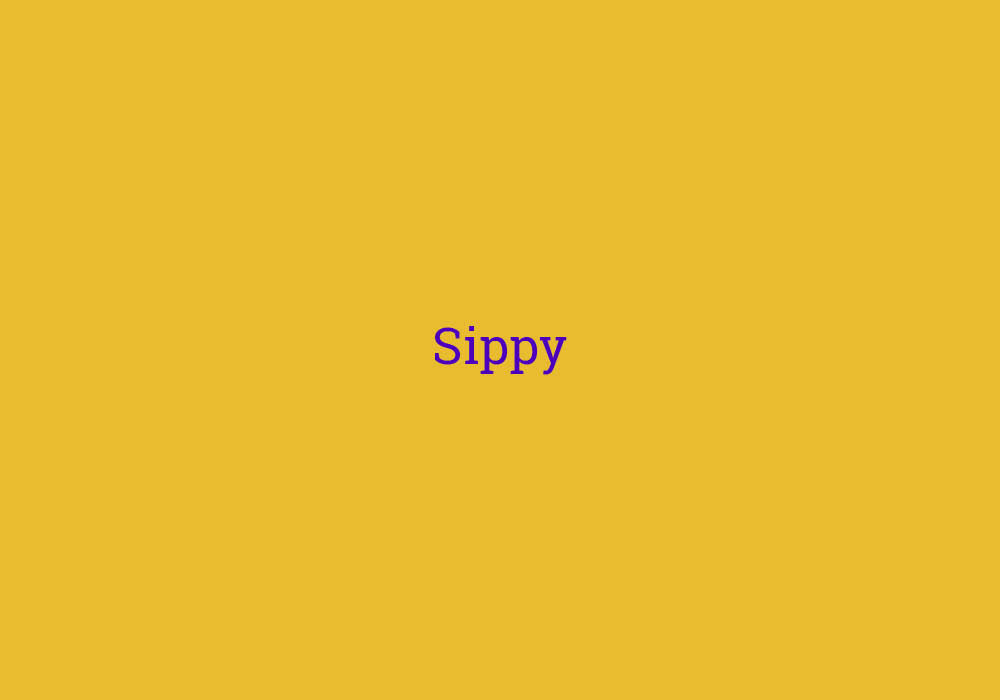 If a baby is thirsty, it may need a sippy from the bottle. Yes, the word sippy is just an adorable way for a parent to refer to taking a sip of juice or water. We can probably thank Richard Belanger for giving us the Sippy Cup in 1981, which helped jumpstart this popular word. 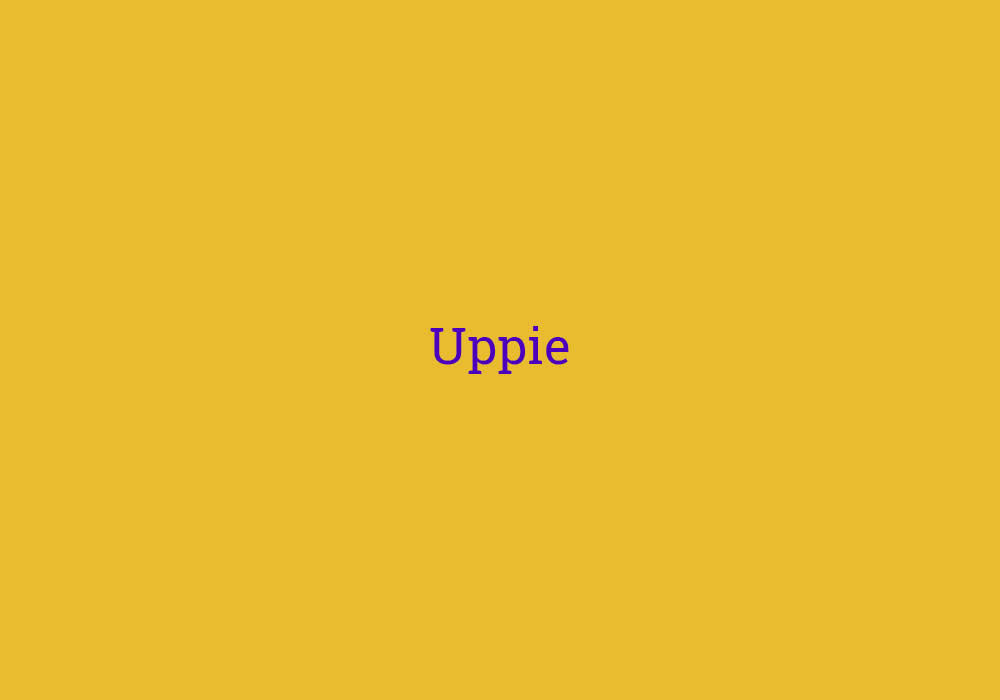 Before a parent picks up their child, they may ask if they want to go uppie? It stems from the old Middle English word up and means the same thing . . . only it's now said in an engaging manner that's geared toward a child. Parents use this word (and a high-pitched tone) to help add excitement to everyday activities (and words) like being picked up.

There's also the children's game keepy-uppy, which originated in Scotland in the 1950s ... and it's pretty self-explanatory—keep the ball in the air as long as possible without letting it touch the ground. You know you've played that game before ... we all have. 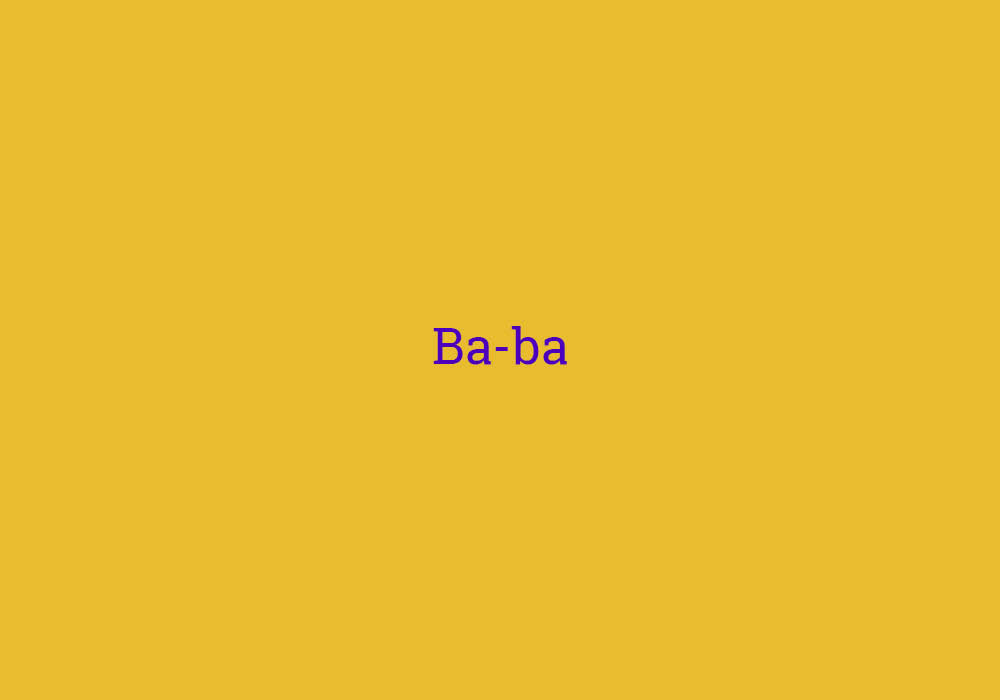 In France, a ba-ba is a rum and raisin cake, but here in America, baba refers to a bottle—and no, not the rum kind of bottle.

It's a common word for parents to use because their child most likely starts off calling their baby bottle a baba. It sticks with the parents because it's cute, and it helps keep word-object association clear from the start.

How children begin using the correct word (bottle) is a story for another day. 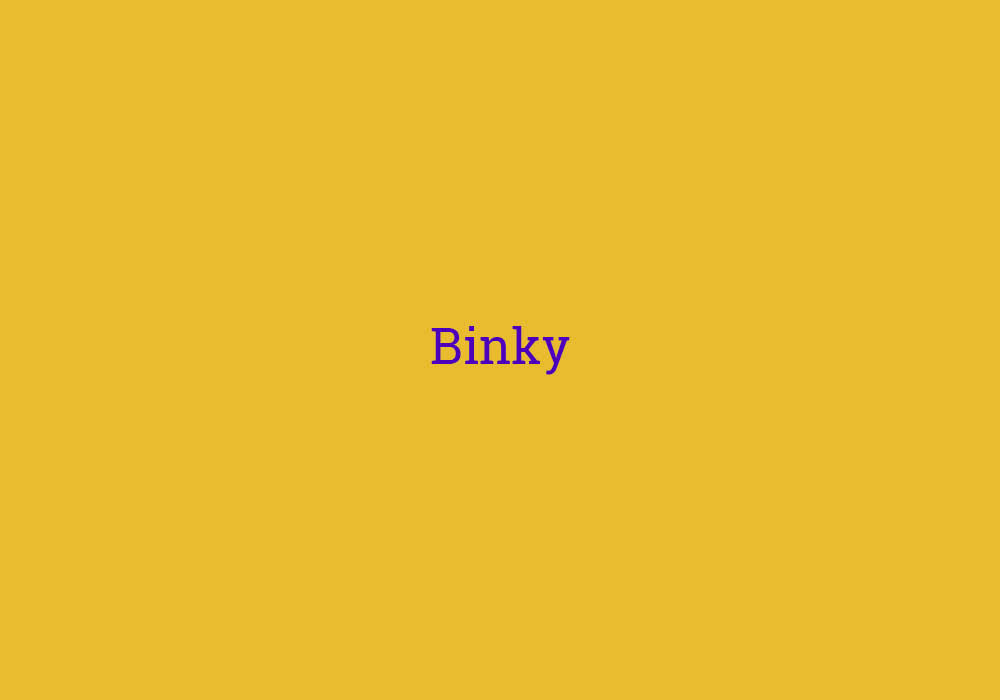 The word binky came about in 1935, thanks to Binky Baby Products Company of New York. It refers to a child's pacifier—a rubber device resembling a mother's nipple. Parents have been using this word for many years because it's easier for a child to start saying once they begin to talk. And, it has that magical "ie" sound at the end—kid language 101. 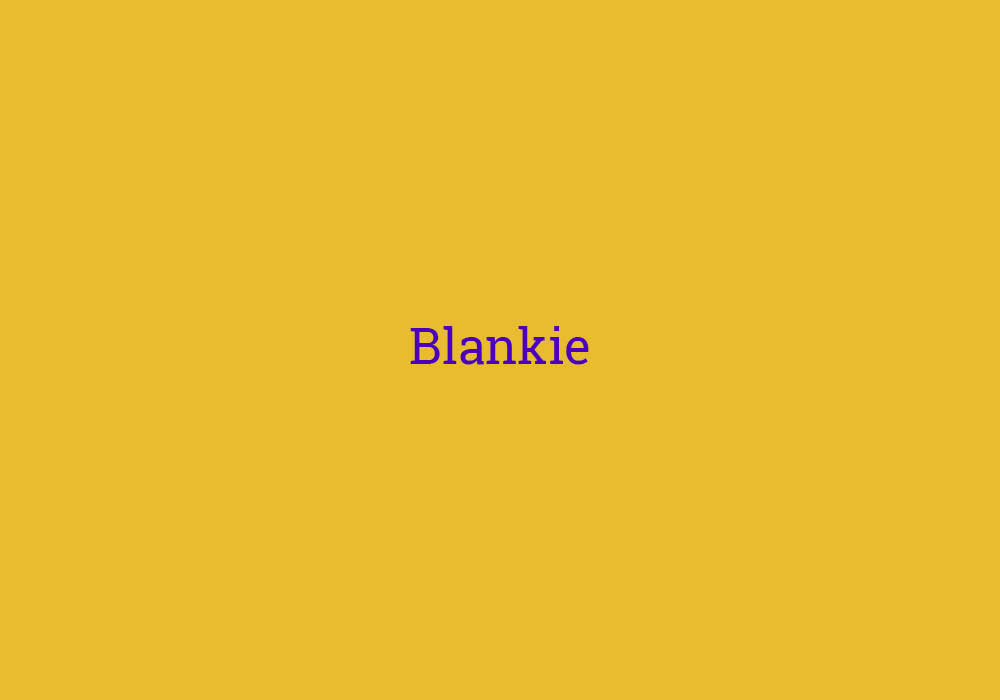 A blankie is a sweet, childlike way to say "blanket." It dates back to 1921 and refers to an item that a child is very attached to and can't live without (translation: security blanket). That "ie" sound makes another appearance here giving it a cutesy, lovey sound to associate with that special item.