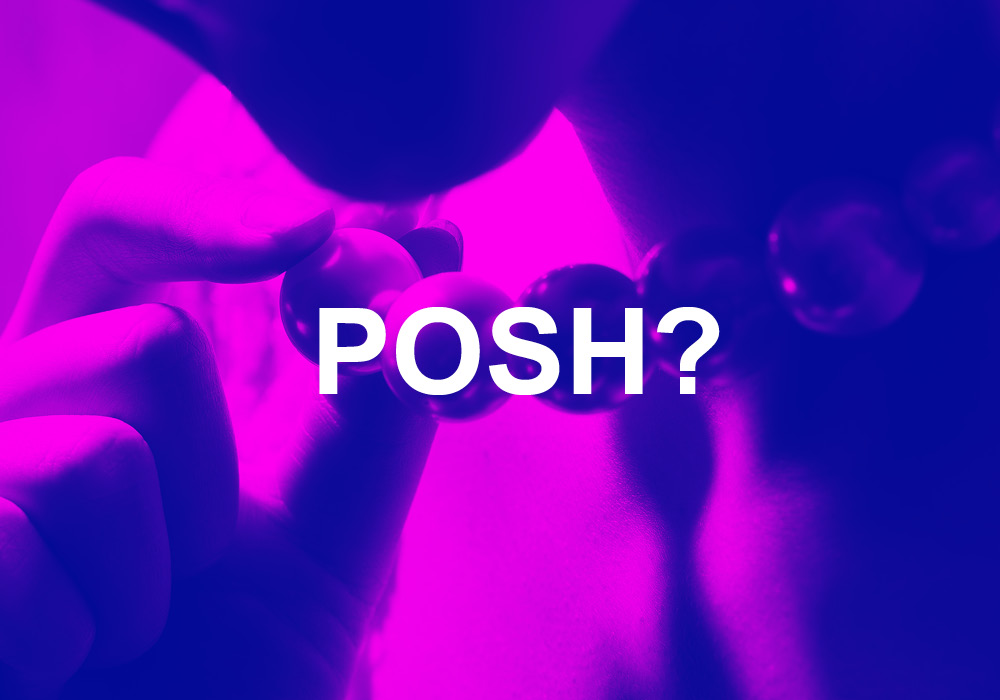 Quick, what does the word posh stand for? Wrong!

You may be wondering how we can be so sure your answer was incorrect, but the fact is it doesn’t stand for anything. It’s one of those words that people like to believe originate as an acronym, but its true etymology is quite different.

This belief is known as folk etymology, or "a popular but false notion of the origin of a word." And there's been a lot of folk etymology out there surrounding the terms on this list, but one thing that is true about all of them is: they aren't acronyms!

Now, these folk etymologies, no matter how much they get debunked, have a way of getting circulated on the internet or in casual convos time and time again. But here is a tip (yep, we'll get to that word in this slideshow) on how to sniff out a folk etymology. If the word origin is just too clever to be true, too tidy of an etymological package, it's likely false. Also, many of the words that get the ole folk-etymology treatment are very old—and with obscure origins, just asking for a bogus backstory. But lack of a clear, concrete origin doesn't mean they began as acronyms ... especially because acronyms only became fairly common starting in the 20th century.

Click through to see how many of the following words you thought were acronyms and the real story behind them—including posh. Don't worry, we won't leave you hanging! 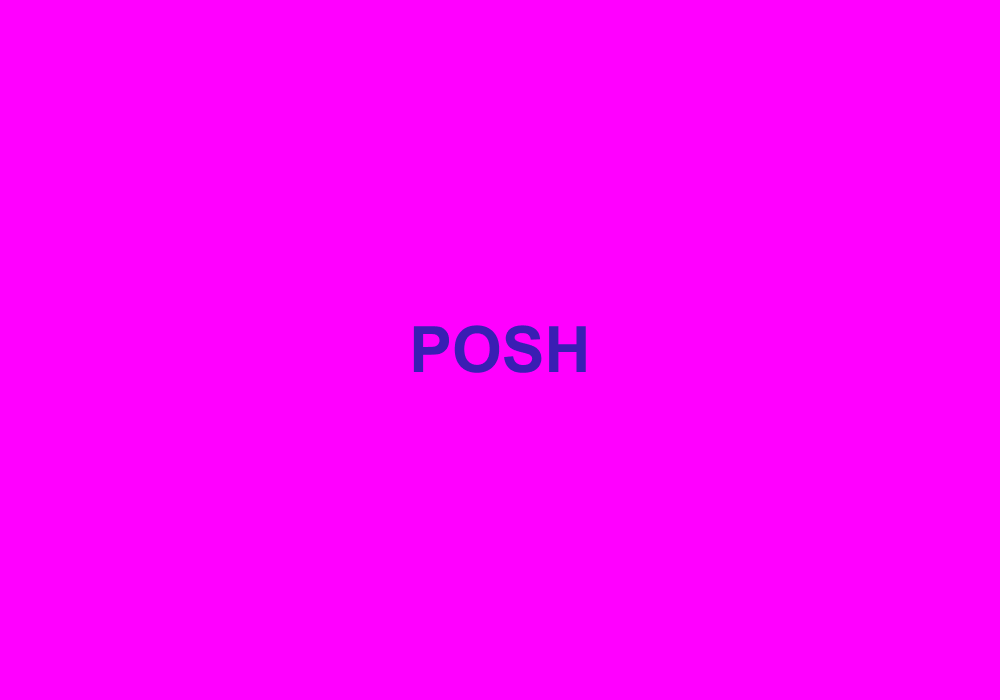 So as not to keep you in suspense, let’s start with posh, which some people will try to tell you stands for the phrase “Port Out, Starboard Home.” There’s a widely shared theory that the word, which means “sumptuously furnished or appointed; luxurious,” came from the traveling habits of highfalutin English citizens who used to visit India via ship in the late 19th and early 20th centuries. In order to keep their skin fair (or, in other variants of the folk etymology, stay cooler), so they wouldn’t be mistaken for common workers who toiled outside, they would request seats on the ship that kept them out of the sun. Those seats supposedly were on the port side on the journey there, and the starboard side for the return leg—thus P.O.S. H.

There are many reasons why that story doesn’t pan out, not the least of which being that most cabins back in those days didn’t even have balconies.

First evidence of the word can be found in 1915–20. Its true origin is obscure, but it may stem from a British slang term, such as the noun posh, or a dandy, “a man who is excessively concerned about his clothes and appearance; a fop.”  There’s also some thought that posh may have been used to refer to “money,” stemming from a Romani word for halfpenny.

We’re just glad it was around when the Spice Girls formed.

Tag, you're it! It sounds pretty legit that the word for the traditional child’s game tag would have come from the phrase “touch and go.” After all, that’s pretty much what the running game consists of. But while it would be a fun bit of playground trivia to have in your pocket, that’s not how the word came to be.

First evidence of the word used for the game can be found around 1730–40. It may be a version of the Scottish word tig, meaning “touch, tap,” or a special use of tag in its sense of "label, small hanging piece." This sense of tag is from the Middle English tagge, and is connected to tack. 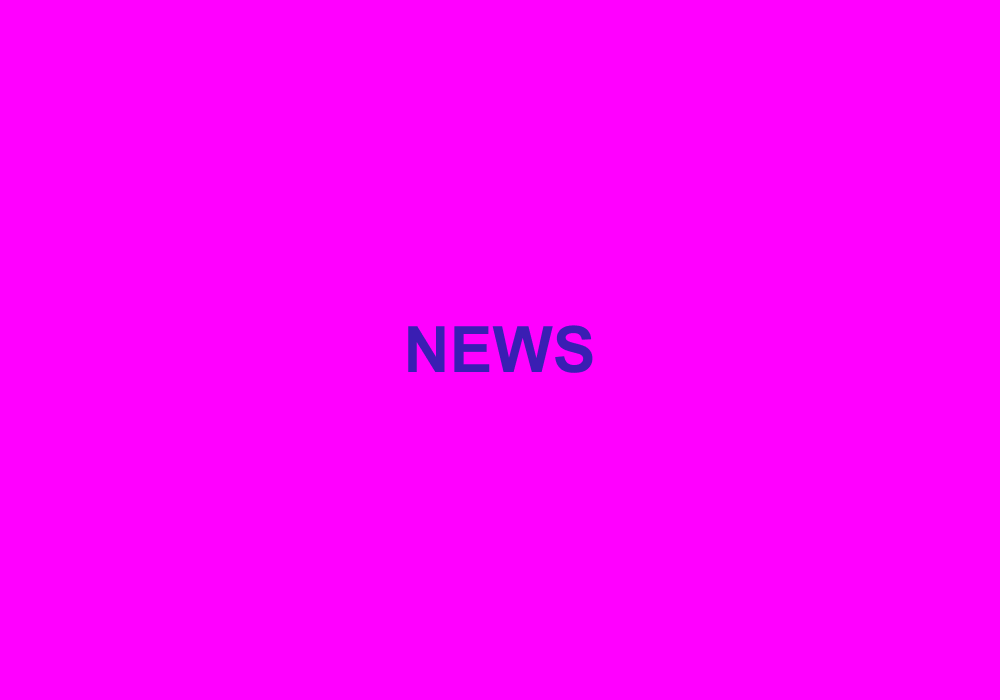 There are various folk etymologies that claim the word news is short for "north, east, west, and south" and "notable events, weather, and sports." Pretty cool, right? Only they’re not accurate.

First evidence of the word can be found around 1425–75. It stems from the late Middle English word newe, which meant “new thing, novelty.” New, of course, is related, and its a cousin to the Latin novus, meaning "new," and source of such English words as novel, novelty, and innovate. Is that news to you? 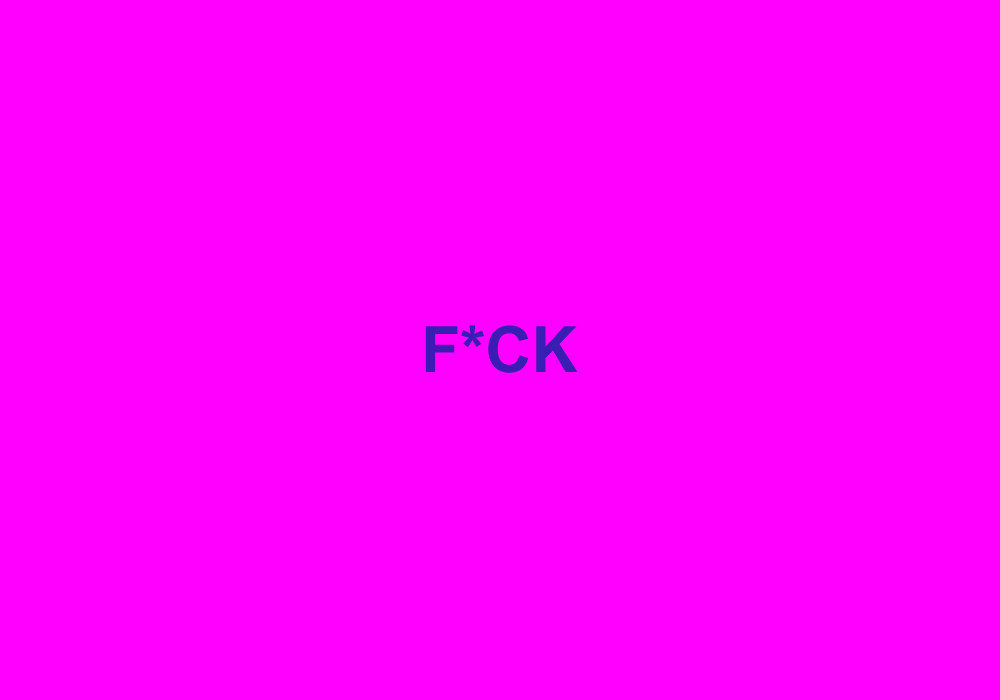 A favorite of pottymouths far and wide, there are some interesting theories about how the F-word came to be, but they are a different sort of F-word: false.

No, f*ck is not an an effing acronym for "For Unlawful Carnal Knowledge" or "Fornication Under Consent of the King," dealing with supposed ancient rules around love-making.

The F-word is an old word. While not attested until the 1500s (vulgar words weren’t historically widely written down), f*ck is likely from an ancient root meaning “to strike” (consider the Middle Dutch fokken, “to strike”). 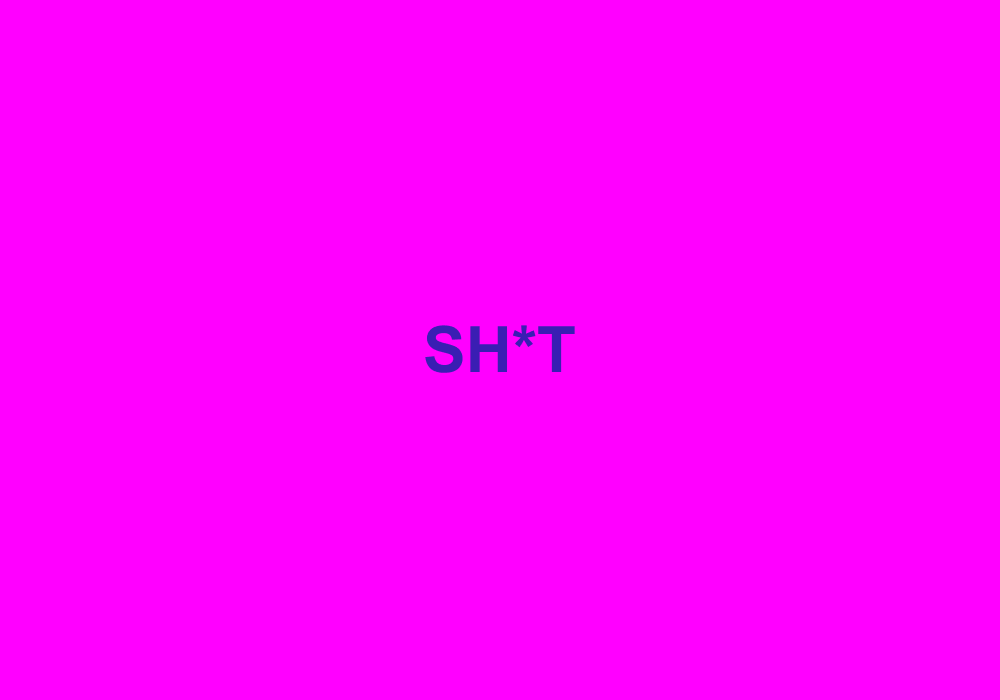 As long as we’re discussing potty talk, let’s talk about sh*t. There are a lot of, well, sh*tty explanations as to how the word came about, but most stem from the idea that the word sprang from the phrase “Ship High In Transit.”

One popular theory goes that, when manure was shipped overseas, if it was stored below deck, the gases would build up and the ships would explode when someone went down there with a lantern. Yikes! Therefore, they marked the packages S.H.I.T. so people would know to keep them above deck.

Only, this is basically a load of sh*t as far as the word’s origins go. Sh*t is a very old word in English, first recorded in Old English as scite, originally a non-offensive word for "diarrhea," especially as it affected cattle. It only later became a naughty word. 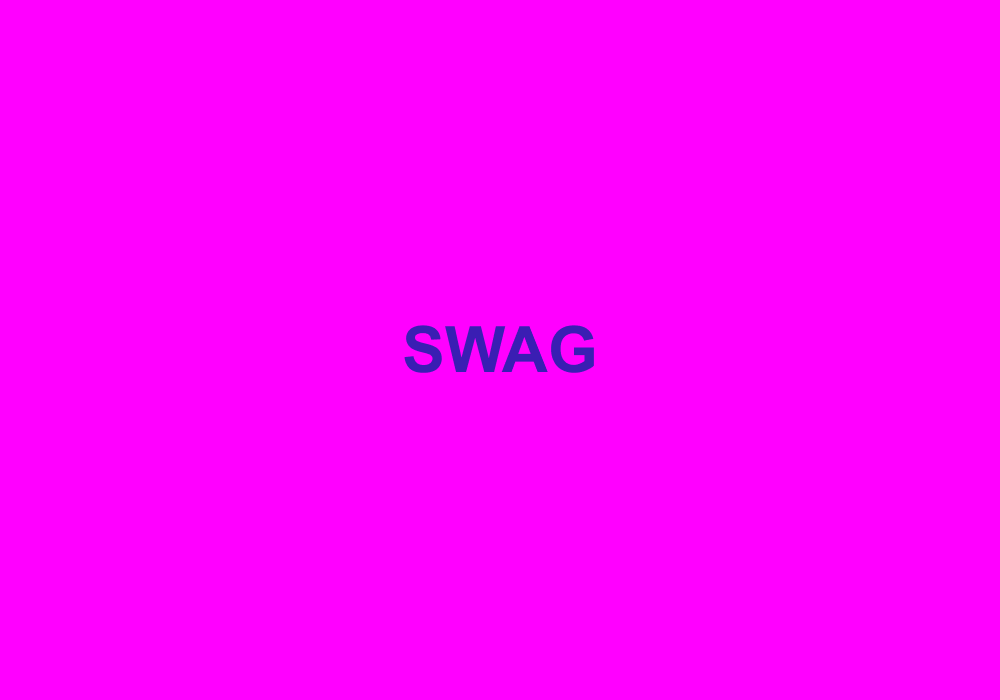 Who doesn’t like a little swag? While the word has a host of meanings, we’re talking about the slang version that’s used to describe fancy, often branded gifts and other free goodies. While some believe the term is an acronym for “Stuff We All Get,” that story doesn't have a lot of swagger, etymologically speaking.

First recorded in 1790–1800, swag, in its "cool freebie merch" sense, develops out of older uses for "plunder; booty" and "money; valuables." These senses, in turn, may be special uses of swag referring to “a suspended wreath, garland, drapery, or the like, fastened up at or near each end and hanging down in the middle; festoon.” Which sounds pretty fancy, just like swag. 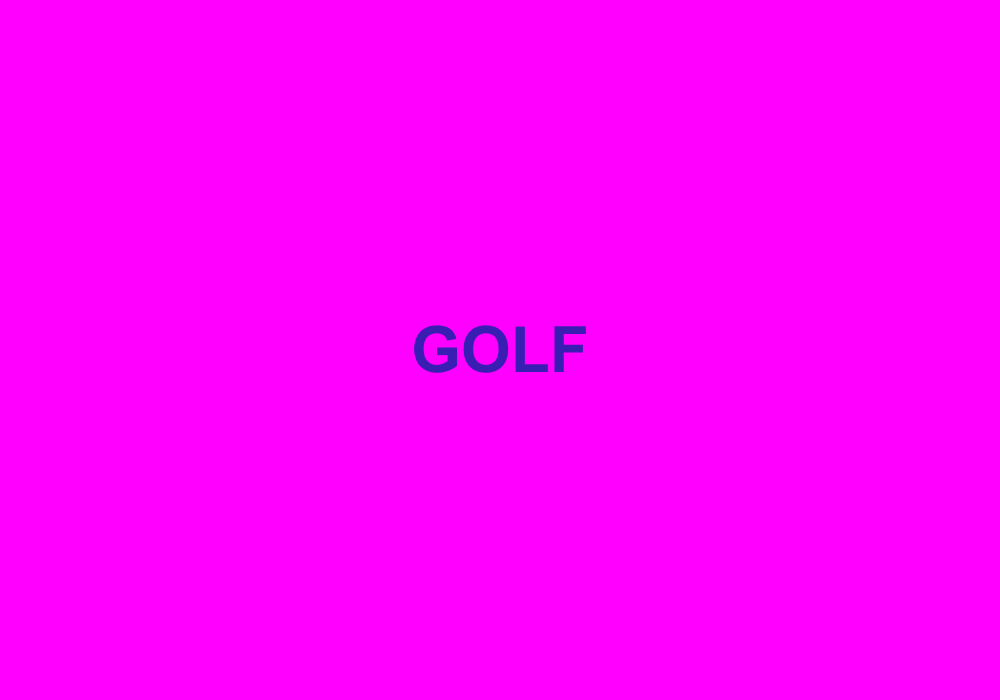 Golf has long had a reputation for being an “old boys club,” but the origin of the word itself isn’t as sexist as the folk etymologies claim. While some think it sprung from the phrase “Gentlemen Only, Ladies Forbidden,” that’s not the case.

First evidence of the word can be found in 1425–75 in late Middle English. While its origin is uncertain, it's first recorded in Scots—and indeed, the modern game developed in Scotland. The world golf may be related to the Dutch kolf, "club, bat." 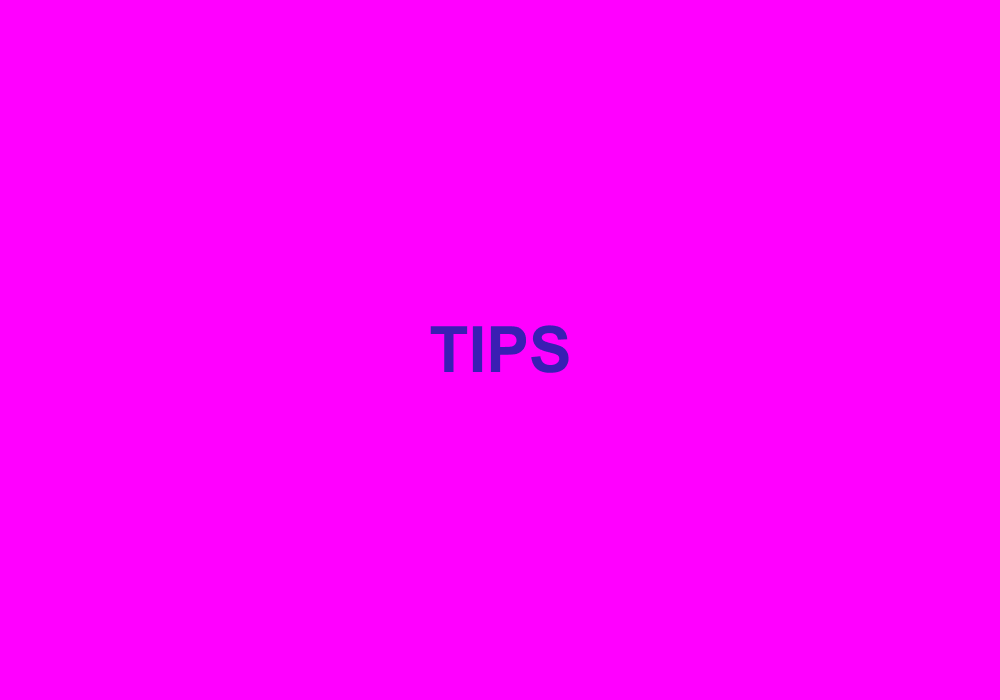 If you want to start a debate, bring up the subject of tips, as in gratuity —how much is appropriate, what type of workers deserve tips, and if the service is subpar, should you tip at all? One thing that’s not up for debate, however, is that the word doesn’t stand for the phrase "To Insure Prompt Service." As clever as the connection may be, that’s not how the word originated.

So, how did it come to be? No one is quite sure, but evidence of the word used in this sense can be traced back to 1600–1610. It may have developed from a special use of the Middle English tip, which meant "light blow, tap."

Now Playing: What Is The Difference Between Abbreviations And Acronyms?