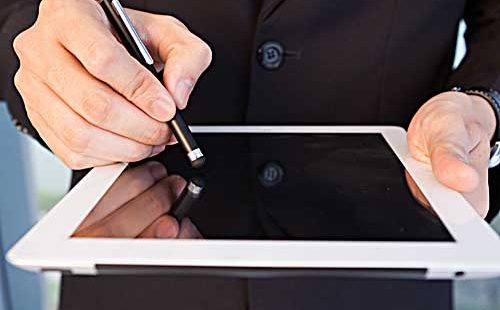 Back in ancient times, the stylus was the writing utensil of choice. Generally made of metal or bone, this long pointy tool was used to incise letters (often cuneiform) into tablets which were covered in a thin layer of wax or clay.

Today, a stylus can also refer to a pen-shaped device used to input drawings or notes into a computer, tablet, or smartphone. 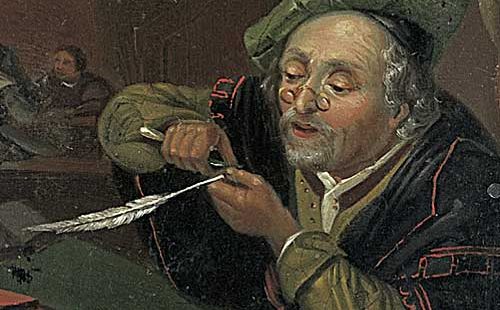 The quill fueled most written communication from the 6th to the 19th century. Quills were made of hollow bird feathers, most commonly goose feathers . . . though feathers from swans, crows, eagles ,and other types of birds were also used.

To make marks on paper, quills were dipped into ink. 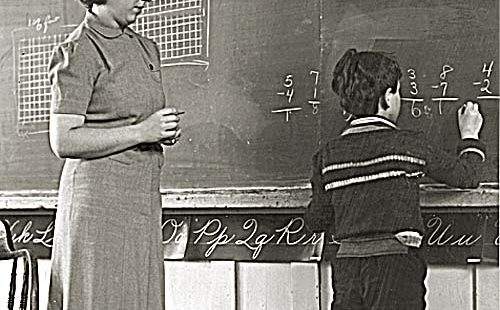 Chalk is also used by children to draw on sidewalks and as a fine art medium. 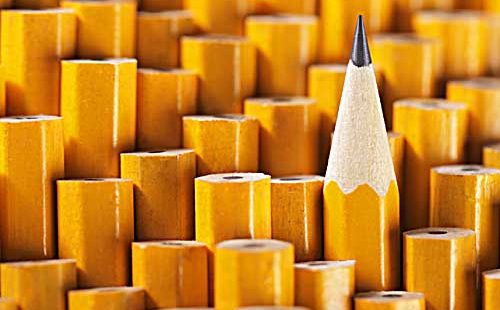 Pencil comes from the Latin penicillus literally meaning “little tail.” Pencils are made of graphite encased in wood. Nicolas-Jacques Conte, a scientist in Napoleon Bonaparte’s army, invented the modern pencil in the 1790s.

The phrase pencil something in, meaning “plan something tentatively,” alludes to the erasable and nonpermanent quality of graphite. 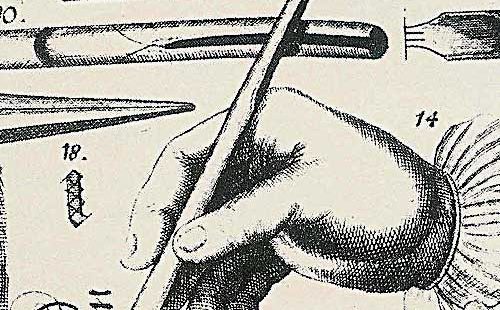 The fountain pen was the first type of pen that didn’t require the user to dip the nib repeatedly in ink in order to write.

Fountain pens first appeared in the 1880s, and ballpoint pens appeared as early as the 1890s. Felt-tipped pens were not introduced until the 1960s. 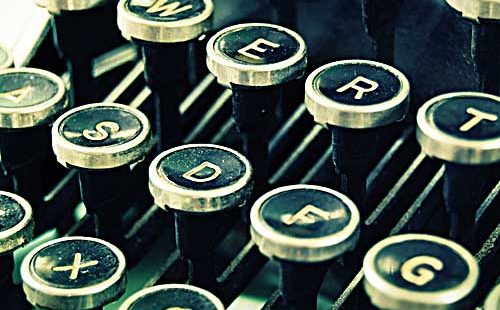 From typewriters to computers to touchscreens, keyboards play a major role in modern communication. In English, the most common keyboard setup is called QWERTY because those six letters appear in the upper left-hand row.

Christopher Sholes, the inventor of the typewriter and of the QWERTY setup, allegedly separated commonly-used letters to slow down typists; if they typed too fast, it would jam the machine. People in need of more ergonomic or speedy setups can opt for alternative keyboard arrangements such as Dvorak, Colemak, or Capewell.

Word of the day
saponify
saponify