Feedback
aggy
all of these hoes

Playing off the large seabird known as the albatross, albatraoz is occasionally used as a slang for a powerful, strong-willed woman—or, translated to another slang term, a boss-ass bitch. It comes from the name of Swedish pop band and their hit single of the same name.

Where does albatraoz come from? 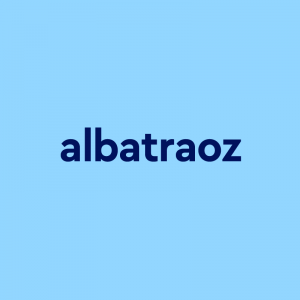 The term albatraoz was popularized by Swedish electronic music (EDM) producer Aron Michael Ekberg (also known as AronChupa) in his 2014 song “I’m an Albatraoz.“ The track’s lyrics feature a female character who trash-talks another woman: “… fuck that little mouse ’cause I’m an albatraoz.”

Ekberg confirmed on a Swedish radio station that he made up albatraoz based on the albatross, the large seabird whose wingspan is known to reach up to an impressive 12 feet.

Before the song, AronChupa and some fellow footballers had formed a band they called Albatraoz in 2012. As a group, they apparently liked to use -auz or -aoz as an ending. For example, they made mus (Swedish for “mouse” and slang for “vagina”) mauz and snus (“tobacco”), snauz. Alabatraoz made for a perfect rhyme for mauz/mouse in “I’m an Albatraoz.”

Though going platinum in four different countries and its video garnering nearly one billions views, “I’m an Albatraoz” came from humble beginnings. In a 2015 interview, Ekberg joked it was “just some stupid song” intended for friends. Ekberg is unsure as to why the song went viral, but his younger sister, Nora, who’s the vocalist on the track, conjectures that its appeal comes from its being weird: “People are tired of listening to ‘I love you and I miss you.’ People wanna freak out and have fun.” Not everyone was a fan of the song though.

No. We don't know what an #Albatroaz is. Maybe it's this? Very hard to see out in the wild@Jenna_Marbles #YouTube15 pic.twitter.com/LQdVKBPwJf

It should be noted that the term albatraoz existed prior to the release of “I’m an Albatraoz.” It is the name of AronChupa’s other musical venture, his band Albatraoz, which formed in 2012.

Inner Albatroaz discovered
@AnthonyPizz, October 25, 2014
The boy, who clearly has natural talent, grooves to the popular dance hit I'm an Albatraoz by AronChupa in a way that could easily fit into the song's video.
Valerie Siebert, Daily Mail Online, December 14, 2015
You didn’t let me finish tho (Cuss word warning, and no offense) She call herself a h*e With the money money blow But f*ck that little mouse 'cause I'm an albatraoz
@ARandomPug1000, August 21, 2020
SEE MORE EXAMPLES

Albatraoz, for an empowered and self-assured woman, hasn’t quite entered the slang vernacular to the point where it’s used in casual conversation. Most uses of the term can be found on social media in reference to the song “I’m an Albatraoz,” its lyrics … and being overplayed.

i deadass thought that i’m an albatroaz song was a joke? but i just watched the music video?? what the fuck does it mean???

Albatraoz, and any claim to empowerment, hit the skids in 2017. At a concert in Sweden that year, Albatraoz member Måns Harvidsson forced a female fan’s face into his groin. Harvidsson apologized, but the damage was done. Sony dropped the band from their label and Harvidsson was kicked out of the band.

This is not meant to be a formal definition of albatraoz like most terms we define on Dictionary.com, but is rather an informal word summary that hopefully touches upon the key aspects of the meaning and usage of albatraoz that will help our users expand their word mastery.

aggy
all of these hoes
Home / Words / Slang / albatraoz