Feedback
Back to the Future D...
bad to the bone

What does bad boy mean?

Everyone loves a bad boy, as they say. A bad boy is a man who isn’t afraid to break the rules. This rugged rebel, staring stoically off in the distance in his Aviators atop his Harley, is often seen as sexually desirable in popular media—though he’ll probably break your heart if you date him. A bad boy can also refer to an “excellent specimen of something,” like a car.

Where does bad boy come from? 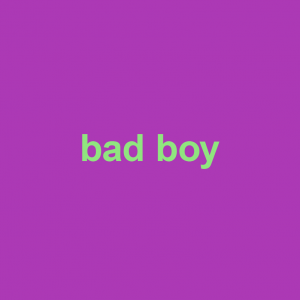 Back in 1735, a volume of John Stirling’s A Short View of English Grammar used the expression bad boy as part of a grammar lesson. But like so many grammar lessons through the ages, it was also a moral lesson: he was a boy who would lead himself and others to “sin and harm.” In these early printed examples of the phrase, there was nothing appealing or good about being a bad boy.

Bad boy took on the more desirable connotations of “rebel” in the mid–1800s. This was helped by Thomas Bailey Aldrich’s semi-autobiographical novel The Story of a Bad Boy (1870), credited as a first in the bad boy genre of literature. In 1883, George Wilbur Peck developed the mischievous, prankster character of the bad boy, known as Peck’s bad boy, who would go on to influence characters like Dennis the Menace and Bart Simpson.

In the 21st century, many relationship articles have weighed the pros and cons of falling for the bad boy, with Psychology Today explaining how their attractiveness lies in their projection of confidence and power as they break the mold. These bad boys are also popularly spoken of as having something “broken” in them some women hunger to fix.

Since at least the 1960s, a bad boy has referred to some excellent specimen, often used of  high-powered cars or other vehicles, e.g., this bad boy can get up to 100 MPH easy. This bad boy was notably featured in 2014 with the Slaps Roof of Car meme, which featured a car salesman hitting the roof of a car while showing it to a prospective buyer and saying something along the lines of: “This bad boy can fit so much [X] in it.” Like most memes, it inspired variations featuring things other than cars. 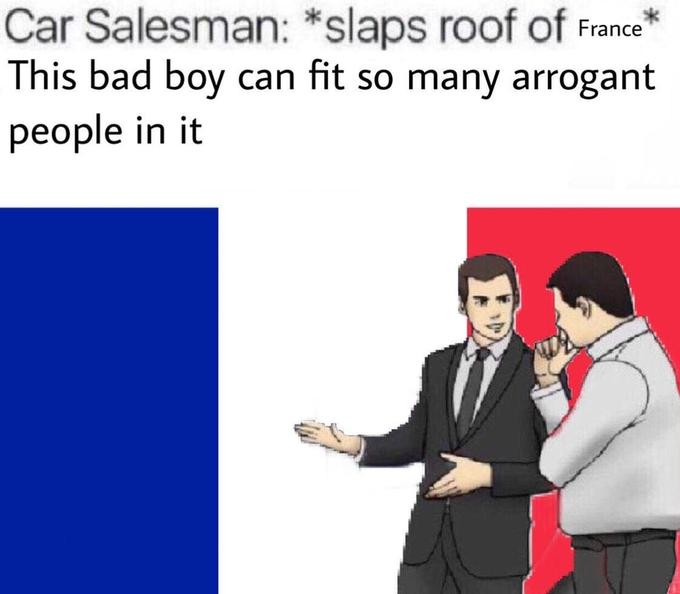 Johnny Depp's bad boy persona used to help sell the movies he made ... He was a real life Captain Jack Sparrow, who could hit the press circuit with a few rococo anecdotes delivered with a rock'n'roll edge between drags on freshly rolled cigarettes. His act was charming and his mystique undeniable.
Brent Lang, Variety, June 21, 2018
My BFF loved NKOTB, but my favorite band was Motley Crue. Nevertheless, I was peer-pressured into choosing a favorite New Kid so I chose Donny because he seemed like the “bad boy” of the group.
@erinentrada, April 30, 2020
*slaps roof* this bad boy can fit so much ego in it
@AlyssaJennette, April 2, 2020
SEE MORE EXAMPLES

Bad boy also has tremendous international appeal in music, from 1987 reggae track “Bad Boy” by Inner Circle to the 2018 Kpop hit “Bad Boy” by Red Velvet. Uzbek artist Musofir’s 2016 album was named Bad Boy. It was a huge hit … in Uzbekistan. With the term’s connotation of sex appeal coupled with being on the wrong side of the law—or at least on the wrong side of the rules—it’s easy to see why pop songs featuring it are so catchy.

Hollywood gossip and film/TV reviews sites like to rank the sexiest bad boys on and off the screen while romance and relationship discussions often warn women of the charms of the ultimately toxic bad boy.

Brooke, brooke, brooke…..being attracted to “bad boy” types b/c “you want to be the one to change them” is textbook dating mistake #1. Trust me, I’ve done years of research which makes me a scientist. And single. 🤦‍♀️ #BelowDeckMed

Its sense of an “excellent specimen” has extended to a “welcome challenge,” e.g., Let’s get this bad boy done!

This is not meant to be a formal definition of bad boy like most terms we define on Dictionary.com, but is rather an informal word summary that hopefully touches upon the key aspects of the meaning and usage of bad boy that will help our users expand their word mastery.