What does bare mean?

Bare is UK slang for very or lots of.

Ready for this? That means in a bear sanctuary, there are bare bears ...

Where does bare come from?

The slang bare originates in Multicultural London English in the 1990s and was widely reported on as UK slang in the 2010s in the mainstream presence.

A contributor to its spread is the popular, London-based genre of rap music called Grime, which features aggressive, hard-hitting beats and lyrics. In their 2016 song “Too Many Man,” for instance, Grime group Boy Better Know sang about da club: “We need some more girls in here…Bare man not enough girls in here.” That track featured the “Godfather of Grime” himself, Wiley, who wrote “bare hype, bare bullshit, bare drama” on his 2015 mixtape Tunnel Vision Volume 1.

In 2013, a school in south London even attempted to ban students from using words like bare on campus, believing it hurt their employment chances later in life. That’s bare harsh, innit bruv? 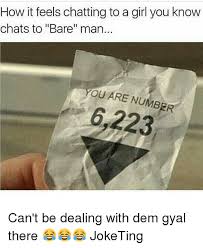 Bare is used as an intensifier. If you earn bare money, you earn “a lot” of money.

If you are bare hungry, as another example, then you are “extremely” hungry.

If you were in the presence of bare women, as many who use the word often claim to be, that would be “many girls.”

Thanks to the popularity of Grime music and the diversity of London, bare has spread beyond the UK black slang into mainstream youth slang. It’s still closely associated with London slang, however.

This is not meant to be a formal definition of bare like most terms we define on Dictionary.com, but is rather an informal word summary that hopefully touches upon the key aspects of the meaning and usage of bare that will help our users expand their word mastery.