What does felch mean?

Felching is the sexual act of licking or sucking semen out of a partner’s anus.

Where does felch come from? 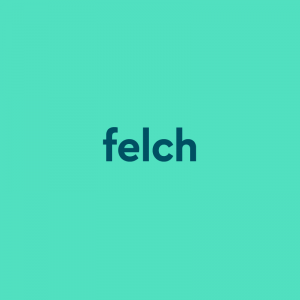 While the term felch first made its requisite debut on Urban Dictionary in 2003, the term can be traced back to at least 1972, when it was recorded in linguist Ronald Farrell’s article “The Argot of the Homosexual Subculture.” Published only a few years after the Stonewall Riot in New York City, a key moment in the Gay Rights movement, Farrell’s article explored the language of the gay community at the time, including felch, which he recorded as feltch.

The origin of felch is obscure. It may be an imitation of the sound of the act of felching, although one linguist, according to Green’s Dictionary of Slang, has suggested a connection to filch, which originally meant to “to steal something with a hook.”

You won’t find felch in any issues of Superman or Batman. But the term did make its way into underground comics in 1975 as part of the risqué Felch Cumics. Get it?

Various Urban Dictionary entries note the fact that felching can also be done out of a vagina. Some propose use of a straw for felching. Others note that felching may include spitting the sexual fluids into a partner’s mouth. As felching involves direct contact with sexual fluids, it can be considered an unsafe sex practice that may transmit STDs.

Another sense of felching is the rumored practice of inserting small animals, such as a gerbil, into an anus for sexual pleasure.

Let us not forget Eminem asked us the real important questions ... "Would you rather get felched or do the felching?"
@ThisIsStark_, May 3, 2020
I can't believe you used #TheLastStraw to felch your partner—and then told us all about it.
@KevinIsCrusty, August 20, 2018
Give the man born Michael John Burkett credit for hanging on as long as he did. For his first 51 years on the planet, the singer and bassist for NOFX was famous for getting away with everything, from Holocaust jokes on the Warped Tour to using between-songs banter to explain felching to 13-year-old fans.
Mike Usinger, The Georgia Straight, June 6, 2018
SEE MORE EXAMPLES

While felching may be used in reference to the actual practice, the term often comes up humorously either for shock value …

Don’t look up felching on the internet. Don’t do it. Never do it.

… or as an insult, characterizing someone as contemptible or obscene.

I just followed you for spanking that troll! Felchweasel. Classic

This is not meant to be a formal definition of felch like most terms we define on Dictionary.com, but is rather an informal word summary that hopefully touches upon the key aspects of the meaning and usage of felch that will help our users expand their word mastery.