What does food baby mean?

Food baby refers to the bloated appearance of the stomach area after eating a large amount of food, giving the person the appearance of being pregnant.

People might also say they have a food baby when they are feeling very full.

Where does food baby come from? 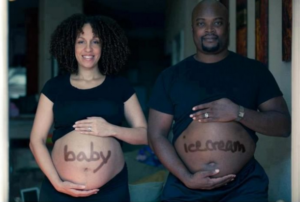 As seen in Usenet groups in the late 1990s, a food baby began as slang for “poop.” That’s not where babies come from … By the early 2000s, though, food baby shifted to feeling full and bloated after eating, as if your protruding belly were pregnant with food. This sense debuted on Urban Dictionary by 2005. 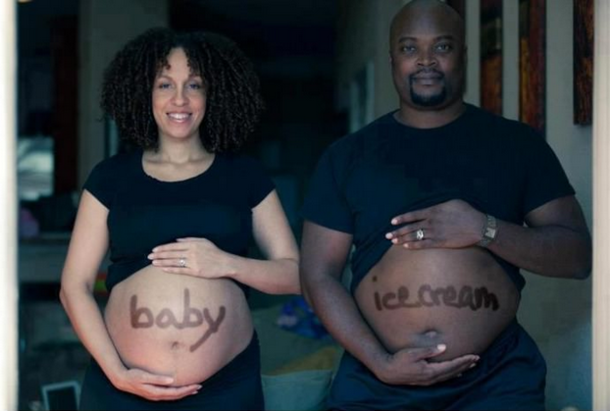 Since then, describing one’s stuffed tummy after eating too much as a food baby has become increasingly popular, especially after eating burritos ... Major dictionaries added the term by the 2010s … except us, until now.

Celebrity food babies sometimes hilariously spark speculation about possible real pregnancies, like when model and TV star Kendall Jenner took a selfie after one too many bagels in 2017.

this kid in church straight up came up to me touched my tummy and said, “what’s that?” / My food baby. / I feel attackt 🙃😩
@nicganas, August, 2018
When I go out to dinner with my significant other, you'll likely catch me wearing a breezy sundress or loose-fitting pants to accommodate for my imminent food baby. But when Kim Kardashian steps out for date night with Kanye West, she pieces together the most formfitting ensemble in her closet.
Victoria Messina, PopSugar, August, 2018 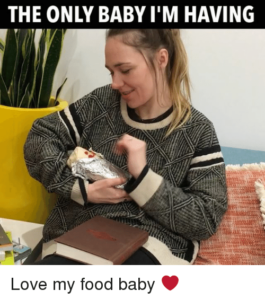 Describing a bit of pudge around the middle from eating too much as a food baby is a largely gentle form of self-deprecation. Both men and women can use the term food baby—after all, anyone can eat one too many burritos.

Show off your food baby

Soo my tummy is definitely a mix of food baby AND real baby 😂 Due March 2019! 💕 pic.twitter.com/Jn9TRaWmxX

A popular meme on social media, especially Tumblr, involves someone asking a woman with a big belly when she’s due or if she knows the gender of the baby, to which she replies something implying she’s not pregnant—it’s just a food baby. Let that be a lesson to you to never ask nosy questions to random women about their pregnancies. It’s always a bad idea. 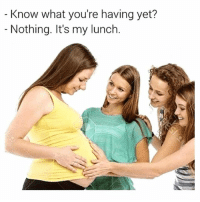 Some people on social media can’t help but riff on the whole food baby notion, imagining the food baby is a real baby, complete with due date. Too far?

We know our original due date came and went…our food baby is well overdue. We’re trying everything we can to make the big day happen as soon as possible…not long now…we can feel it! #HolyMolyMac pic.twitter.com/ZmrZZ01he9

This is not meant to be a formal definition of food baby like most terms we define on Dictionary.com, but is rather an informal word summary that hopefully touches upon the key aspects of the meaning and usage of food baby that will help our users expand their word mastery.