What does hot girl or hot guy mean?

A hot girl or guy is a woman or man who is considered very sexually attractive. Of course, nonbinary people can be hot, too—they may just not identify as girl or guy.

Where does hot girl or hot guy come from? 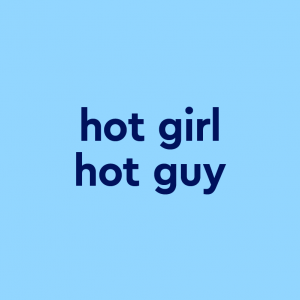 According to slang lexicographer Jonathon Green, hot, for “sexually attractive,” dates back to at least the 1880s, originally as applied by men to women.

But as early as the 1380s we can find evidence for hot meaning “sexually aroused.” Do you need us to spell out the metaphor? You know, burning with desire, worked up, all hot and bothered?

Some early evidence for hot girl is suggested in wordplay in the 1950–60s, but the term takes off in the 1970s, with hot guy later on the scene, well established by the 1990s.

In popular culture, one of the keys to the hot girl or hot guy is not only their sexiness, but also their unattainability. People will drool over hot girls or hot guys—perfectly figured, perfectly suave—but stumble over their words when they try to talk to them.

Hot guy, while also the subject of plenty of fantasies, is often used is less disparaging or objectifying ways. Cosmopolitan magazine, for example, has run plenty of embarrassing anecdotes about things women did or that happened to them when encountering a hot guy. Hot guys may be portrayed as brainless six-packs, but oftentimes they have a sophistication not afforded to their female counterparts.

y'all shouldn't trust cute guys coz they can be hot guy pic.twitter.com/VuWQvTlE6r

Popular publications may advise lovelorn singles on how to get a hot girl or hot guy.

Hot guys can connote boy toys and handsome models, with a tone of sex positivity when used by women. As Cosmopolitan noted in a 2016 video, “Making your bed in the morning is a lot easier when you have a shirtless hot guy helping you.”

Hot girl tends to connote a “chick” or “babe,” the kind of woman some men talk about wanting to have sex with but not wanting a deeper relationship with, often because hot girls are portrayed as ditzy, high-maintenance, or promiscuous. (Oh, the double standards.) Still, plenty men talk of wanting to date a hot girl.

hot girl: no but we should make out