Feedback
no cap
no homo

no face, no case

What does no face, no case mean?

No face, no case is a rhyming phrase that summarizes a popular—not not necessarily true—theory that a prosecutor will drop a case (no case) against a suspect if there is no face. No face refers to either an absent witness or when the suspect’s actual face was not clearly captured in the act.

The phase no face, no case has been extended, often playfully, as a caption to or comment on social media posts where the face of one more of the persons in the photo has been concealed.

Where does no face, no case come from? 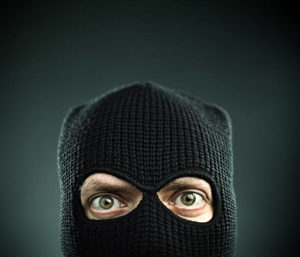 In many countries including the US, a suspect is innocent until proven guilty beyond a reasonable doubt.

The idea of no face, no case relies on the fact that, even when a suspect matches the exact description of the perpetrator, if no person saw or camera captured the wrongdoer’s face (no face), then there is usually reasonable doubt, and the case will be dismissed (no case). Along the same lines, if the only witness (the face) to the crime fails or refuses to testify, the thinking goes, then the case will be dropped due to lack of definitive evidence. Another situation of no face, no case.

No face, no case is not necessarily true.

While the legal ideas behind the phrase are much older, the phrase no face, no case appears to have emerged by at least the early 2000s. The phrase is the title of a 2002 song by lesser-known rapper from South Carolina, Pachino Dino. In this song about violent crimes, Pachino Dino raps he was not worried about being arrested because of no case, no face—thanks to a “ski mask coverin’ my cranium.”

In 2004, the phrase no case, no face was officially recorded by Tennessee police during a suspect interview. The phrase, as it happens, contributed to evidence against the defendant, as police had not revealed to the suspect that the criminal was wearing a mask at the time of the crime.

No case, no face was recorded by the mid-2000s in regard to witness testimony. The phrase was (and is) used by some attorneys and legal experts to refer to a witness who failed or refused to testify. This situation is especially common in domestic violence cases where the witness is also the victim, and thus cannot legally be forced to face the suspect in court—though that doesn’t necessarily mean the case will be dismissed.

While no face, no case was known in the context of law, law enforcement, and criminal justice by the 2000s, it appears that the general public became aware of no case, no face thanks to music, television, or other media that featured the phrase. The hip-hop artist Gashi, for instance, released a song in November 2018 called and featuring lyrics about “No Face No Case.”

Examples of no face, no case

Who uses no face, no case?

No face, no case is a clever rhyme, but it is not hard and fast legal advice. Please note carefully: it isn’t automatically true a case will be dropped just because there isn’t evidence of a person’s face committing a crime or an eyewitness doesn’t testify.

By 2019, no face no case was used in the title or lyrics of dozens of songs, especially in hip-hop. 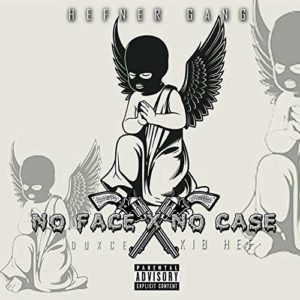 The phrase remains used in the context of criminal justice, especially as used by a suspect in claiming innocence.

Man charged with trying to arrange the murder of his alleged sexual assault victim says "no face – no case"…. https://t.co/0r2be5otvi

As troubling as the assault on the Sun Photographer is, the bigger question is why the Police did nothing. They were present to witness the crime as other citizens. Are these ANTIFA given a free pass they can commit there crimes wile masked. Like they say no face no case.

No face, no case has also become a popular phrase on social media site like Instagram. It is used to describe a photo where the poster has intentionally hidden either their own or someone else’s face, e.g., if they don’t want to be caught with a person.

Bitches always posting pictures of they nigga with an emoji over his face talking bout some “no face no case” .. the nigga be wearing the same fit every time he step out baby girl

No face, no case may also be used as a comment for social media photos where a person’s face or head is intentionally covered, as with a makeup, or cut off in some way, as to showcase an outfit.

Okay, I need to have this done but with the Vincy flag 😂

No face no case pic.twitter.com/siWUE2aL8J

This is not meant to be a formal definition of no face, no case like most terms we define on Dictionary.com, but is rather an informal word summary that hopefully touches upon the key aspects of the meaning and usage of no face, no case that will help our users expand their word mastery.